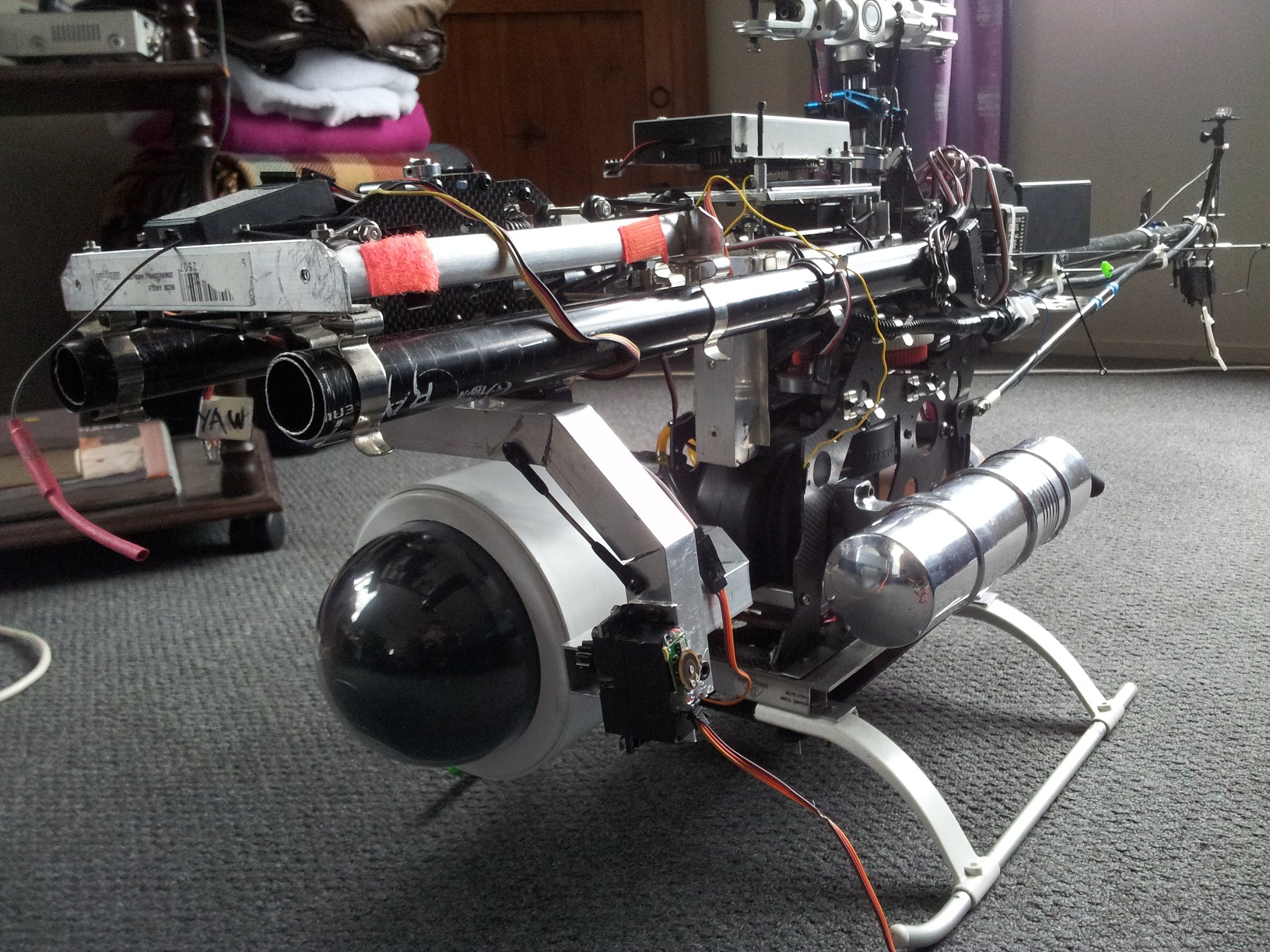 The test hop was short due to having spit balled the throttle and pitch curves to come out with a head speed of ~1300rpm and a motor speed of ~1-,500rpm

The vibration dampening seems to be more than adequate for both the redundant system and the arducopter itself, however on setting up for the maiden Arducopter control flight I have found that I could not establish mavlink telemetry due to one XBee mount kicking the bucket, this being a $24 part I will have a replacement ordered tomorrow.

Everything is running smoothly for a gasser, and I expect to be making good progress at long last. I am looking at the 3-Axis camera mount code and will be making up the hardware side over the next couple of days, and it is good to know I have a spare APM one I can use as an inertial measurement and stabilization system for the camera mount - I hope to look at creating its own autonomous control where I can set waypoints in the mission planner which will be read as "ground lock targets" for the camera to stay pointing at, while the UAV flies its mission. Another way to start bringing in Hi Res 3D ground mapping.

Here are some pics of the ship and the hardware mounting. 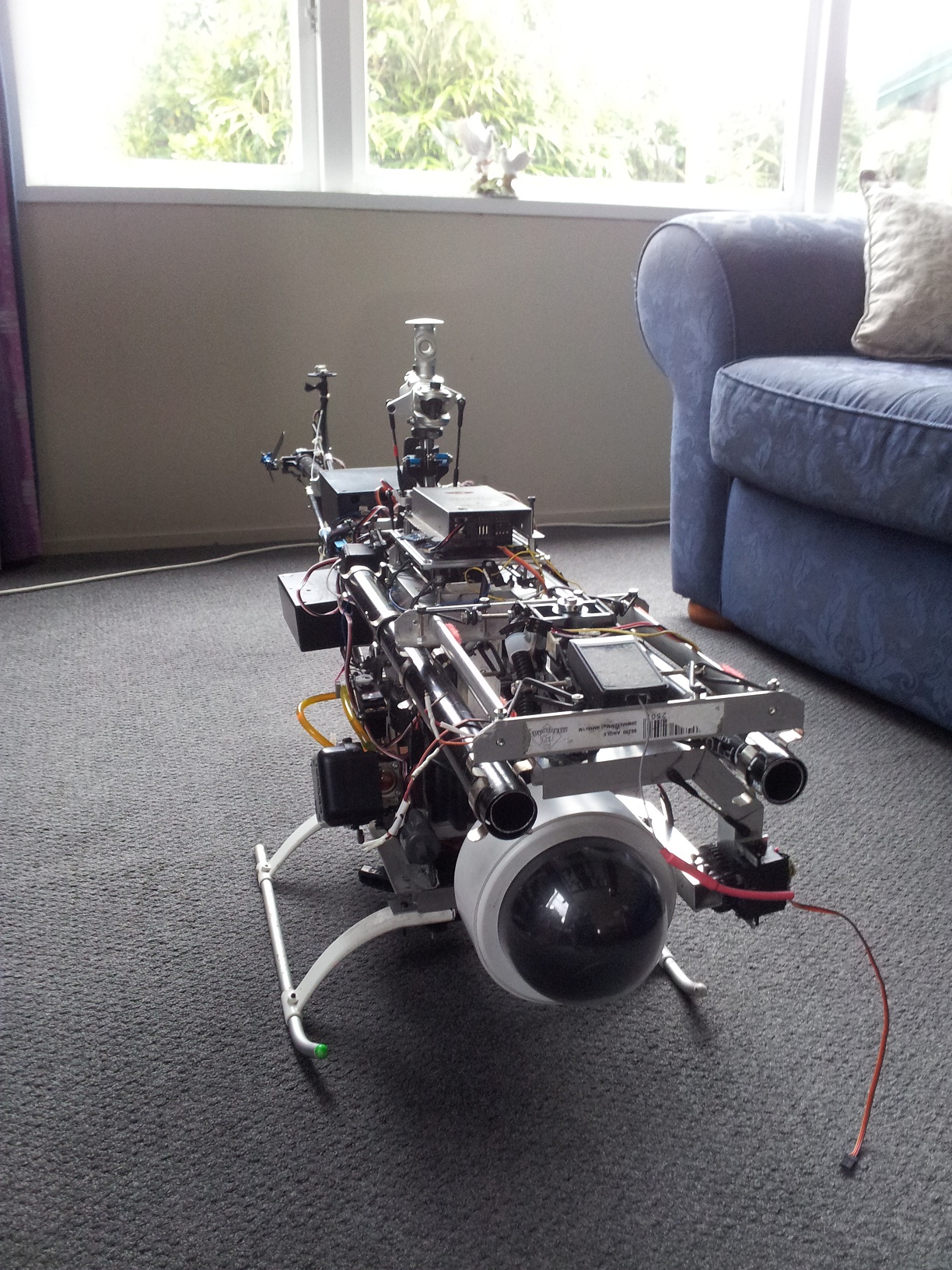 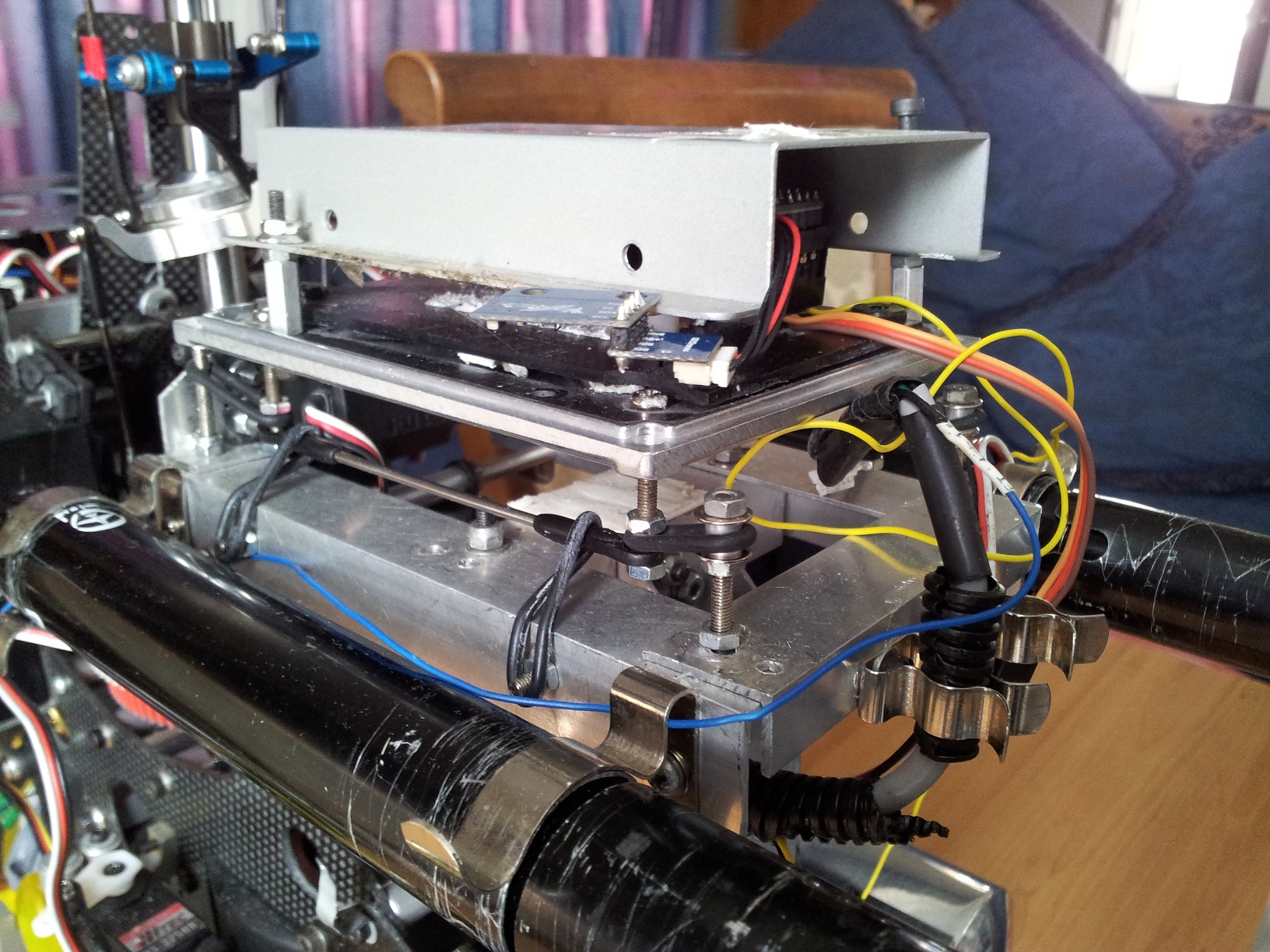 THe video was flown on the 3X-1000 FBL stab system, which is being used as a redundant backup I can switch to for control while tuning the APM1.