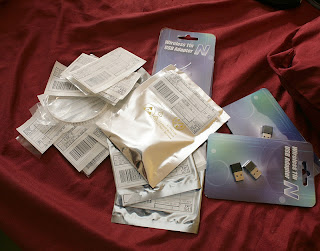 So after another $75, all of Marcy 2's brain finally arrived.  To be sure, Marcy 2 has gone through a lot of failed iterations & airframes.  This time, she's a Wifi monocopter.


As bad as it is for business, the cheapest way to get WiFi in a robot is the $5 USB dongle.  It's not as convenient as the Roving Networks products & no-one else does it, but we already reached the same conclusion years ago & implemented a USB dongle in another gadget.

It's amazing how persistent that conclusion has stayed.  The mane problem is these dongles are their 1 off, single manufacturing runs.  You have to write a new driver every time you order another set of dongles.

As for the Wifi dongle, 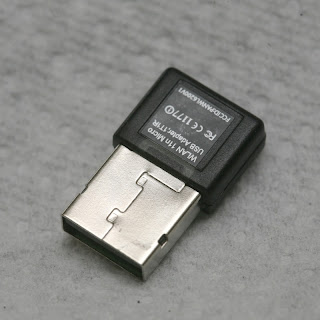 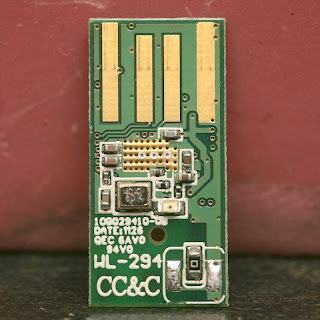 
Also, it's finally time to use an ARM.  The last ARM attempt died in 2007, when our home made JTAG got it flashed, but it still couldn't toggle a pin.  This time, we tried as hard as possible to find an Arduino reference design, but there's still nothing & the chip they're targeting doesn't have nearly the horsepower we need.

So the camera interface on the STM32F407 uses a double buffer.  Software can massage small bits of data before storing it in a frame buffer.  If the transfer rate was low enough, it could JPEG compress 16 rows at a time.  It's going to take some 64 UDP packets to transfer an uncompressed 320x240 greyscale frame. There's not enough room on the aircraft for DRAM.


In the quest for Marcy 2's cross compiler, we found exactly 1 guide which worked: 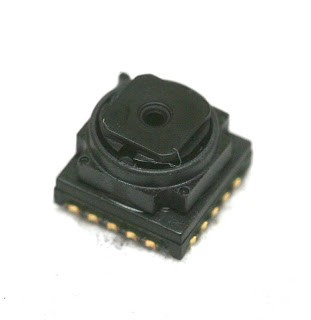 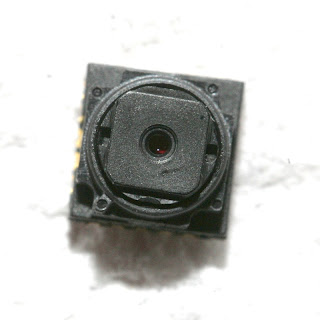 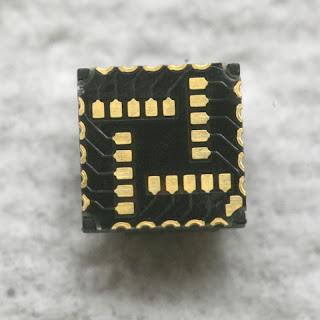 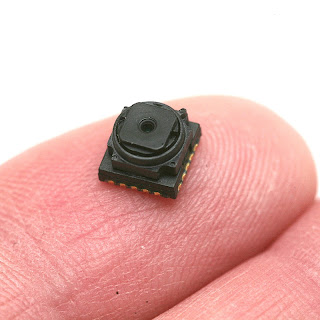 Now that the undocumented footprints for the camera & Wifi are available for measuring, we can finally lay it out.

They don't know the output data rate with the 12Mhz clock & 320x240 video.  They've used discrete logic to store the output in SRAM.  1 guy used an AL440B to buffer the data.

According to the Sparkfun forum, they're buying it for the JPEG compression but just using it for uncompressed.  Neither do they know how fast the JPEG output needs to be captured.  It could be 25Mhz, just like the uncompressed data.  JPEG cameras are such an exception to the rule of what's sold, they're almost not worth it. 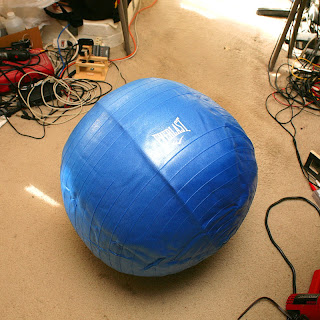 is the Leo Laporte ball, $15 at Big 5.  Theoretically, it should keep us awake & keep us from hunching over while soldering.  Who knows how many soldering iron drops & xacto knife drops & it'll withstand.  It does transfer whatever is on the floor to your hands & make it hard to fart. 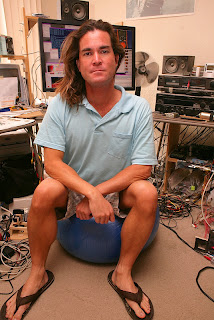 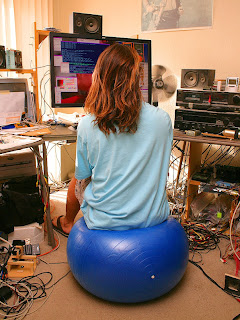