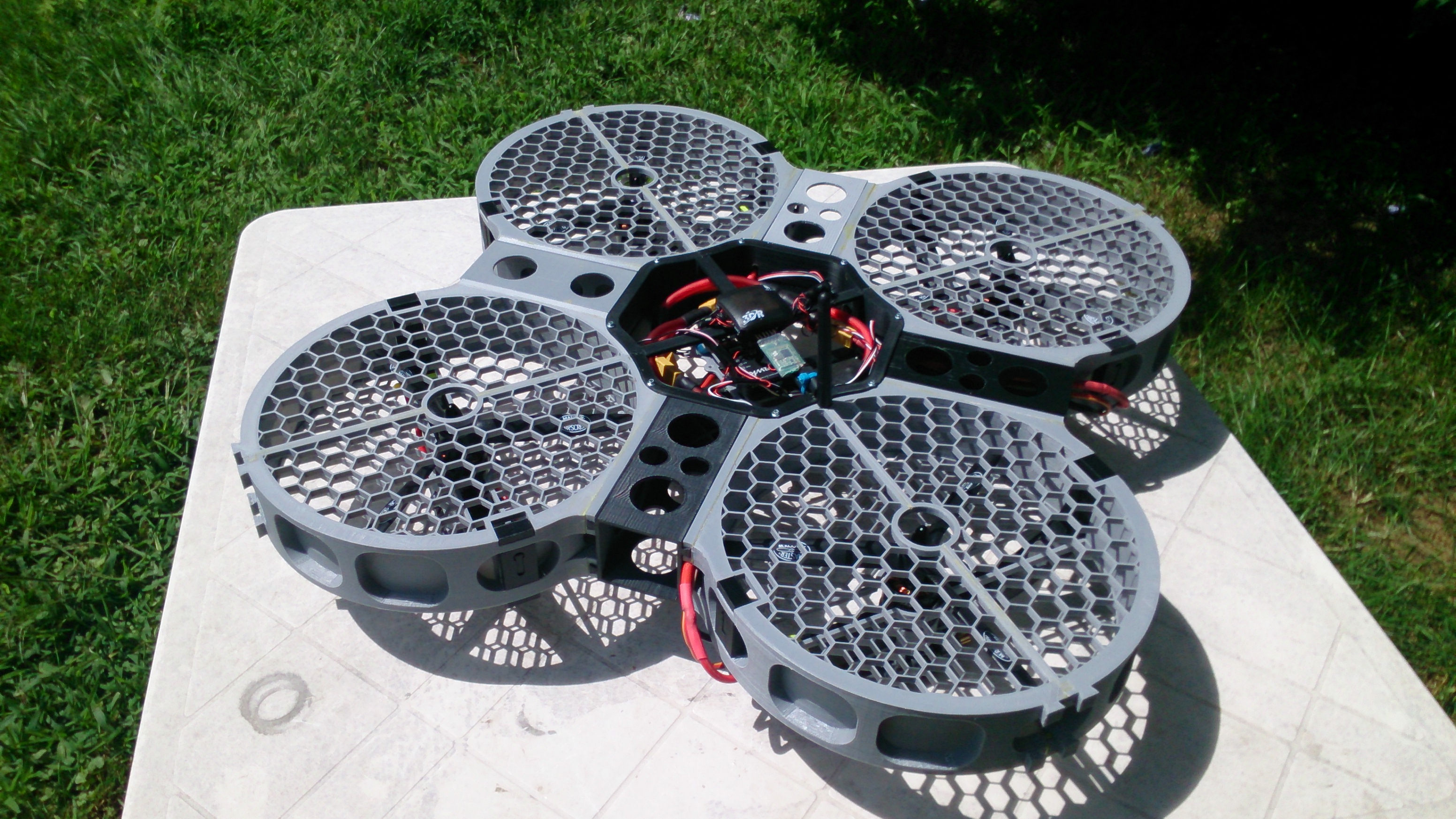 Its been a long time since my last post and just to reintroduce myself let me point you to my first post: I was already crazy...DIYDRONES made it worst ! The story...part 1 and part 2  here.

For our fan's club of the time here is an update:

Our last CNC machined, carbon fiber prototype was a piece of art and during initial power run test a major design flaw showed itself. the center small t-rex 450 tail rotor gears were shearing shaft. We decided to upgrade to t-rex 500 tail rotor gear but it required a brand new hub design. At that time, 3D printing was the new kid on the block so I decided to drop the stress of carbon fiber CNCing and learn a new trade. WOW! I love 3D printing. Here I was again, stock in a new passion with a steep learning curve (3d drawing and the challenges of 3D printing. After countless hours of 3D printer buzzing sound and so many boxes of all kind of  failed,wrong,broken ABS parts, I would like to consider myself and intermediary to advanced 3D printer operator. So, our fully 3D printed, variable pitch, dual motor quadrotor is taking form. The project was not dead, just re-engineered. BUT... I found myself in a new project that requires a multirotor which would be safe to operate, easy to fly and easily upgradable to a more mission oriented airframe. Should I also mentioned that I like to have a WOW factor in what I built. Anyway, the variable pitch quad is resting on a shelf but won't be abandoned. Just a little delayed. You can see some pictures of it on my flickr page which I linked below.

And here a quick picture: 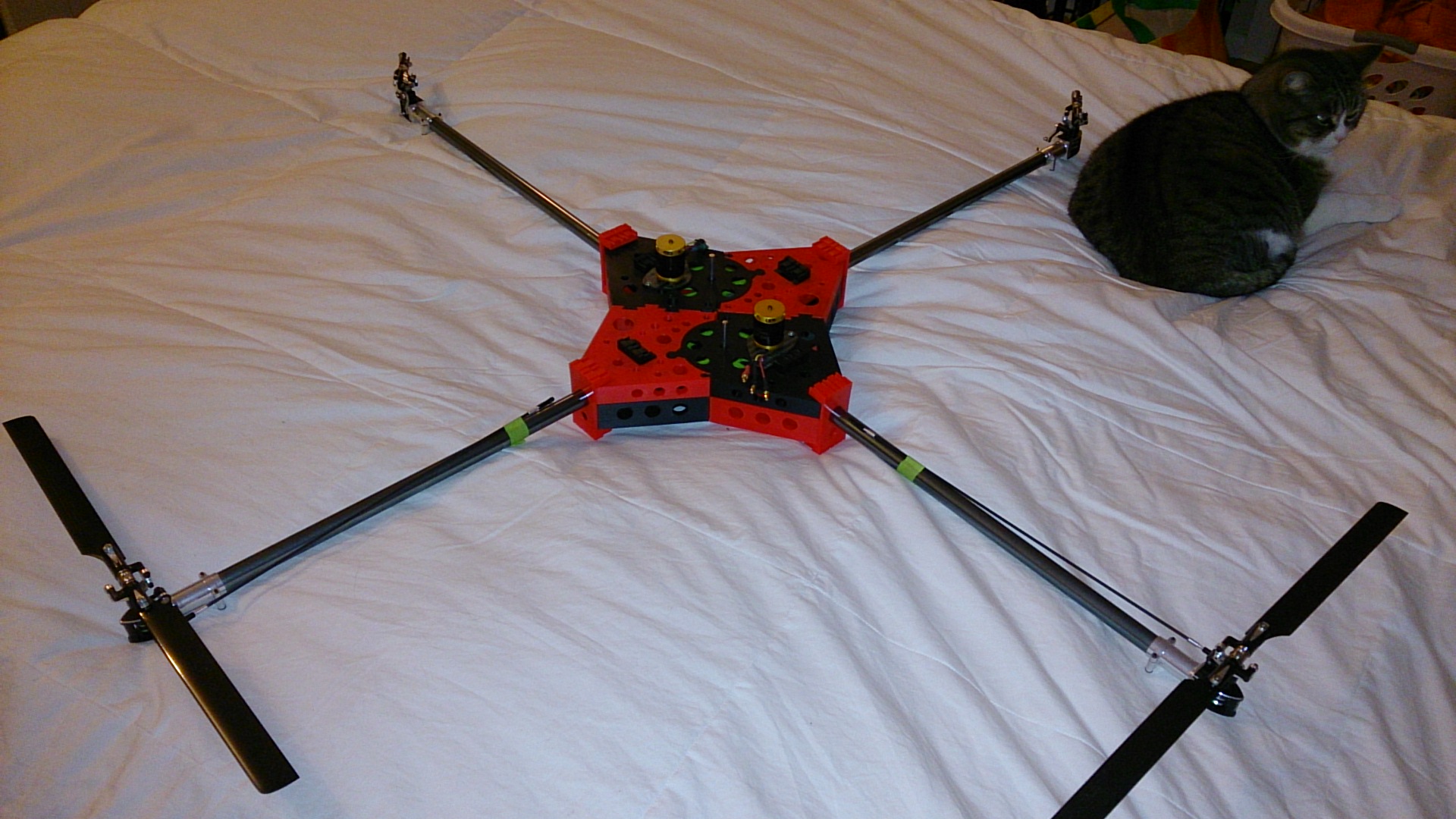 Now, I would like to introduce Prototype number 3 of my SafeTdrone.

In this video you can hear a rattle sound which I later identified has to soft propellers bending and causing tip stalls.

- the approximative thrust per propulsion unit is 1.8 kg

The above video flight configuration was with Qty(2) 4s 3700 mAh zippy compact weighting 355 g each and at that time, 3 blades 9 x 5 GWS propeller were used.

Mix flight time was 6 min. down to 20 percent batteries capacity.

On a later flight, I added two dead lipo's in spare battery bays just to see the lifting capacity. At that time batteries weight would have been 1325 g for a total take off weight of 3570g . It would represented about 20000mAh of batteries capacity. The quad was able to fly and climbing was still positive although I did not flew it aggressively. Further test are coming up.

Here is a link to my flickr page where you can see other videos and some pictures: