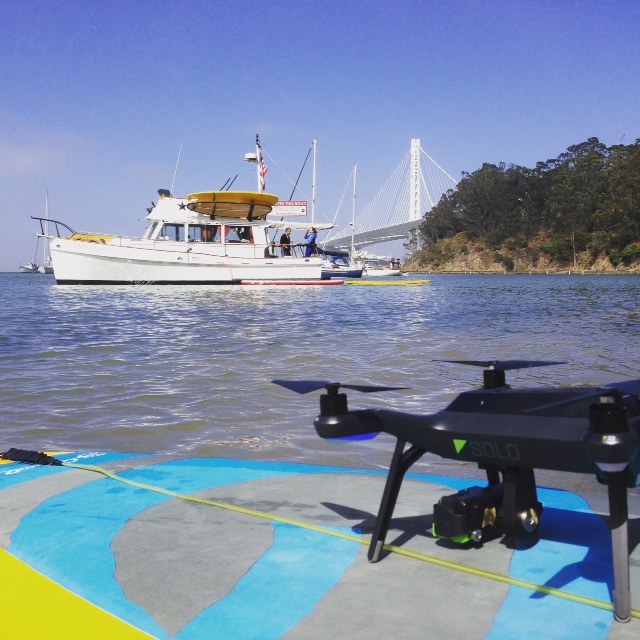 There has been a lot of interest in autonomous mission planning and mapping using Solo since release.

Good news: mission planning with Solo is exactly the same as it was with IRIS+ or any PixHawk powered vehicle.

Mapping used to involve a truck full of computers, masts, antennas, and mobile hotspots and quite a bit of brain damage sorting out logs, images, and stitching after returning to the office. Now the same work can be done with the contents of a backpack and a minimal amount of computer, drone, and GIS aptitude.

What follows is a quick guide to mapping with Solo and nothing more than the contents of a backpack. The workflow is smooth enough now that I’m confident anyone can follow along and make a map with minimal effort and expense. 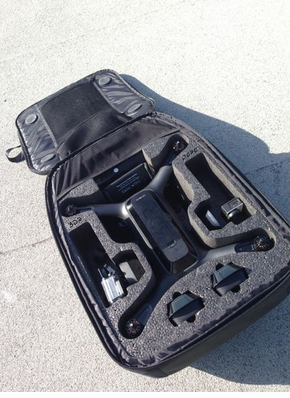 Step one is to show up to your site with with a backpack filled with Solo, a GoPro (ideally with a 5.4mm flat lens installed), a handful of batteries (at 80% sidelap I get about 30 acres per flight at 350 feet), a patch antenna (if the area to be mapped is longer than a half a mile), an Android tablet, and a Windows laptop. I typically begin by popping powering on Solo and the transmitter, so everything is ready to go as soon as my mission planning is complete.

Next, I whip out Tower and plan my mission. While full fledged mission planning used to require desktop applications, Tower has evolved into a very capable mobile solution and offers essentially all of the functionality of its desktop counterparts. Additionally, the 3DR team has recently written up some excellent guides to using Tower that are worth checking out for even the veteran.

There's no reason to duplicate work, but, briefly, my order of operations for mission planning is as follows:

1) Connect Tower to Solo using the WiFi setting in Android

3) Draw a perimeter around the area of interest

4) Tap the green square in the lower righthand corner to bring up the survey details. Here you select the camera lens (GoPro with a 5.4mm lens has approximately the FOV of an S100), altitude, and sidelap. I’ve found 80% sidelap to be more than sufficient for most areas. Solo can typically cover around 30 acres at 80% sidelap flying 15 m/s at 350 feet. The survey tool also provides important information related to the quality of the survey.

5) Upload the mission to Solo by tapping on the three dots in the upper righthand corner. 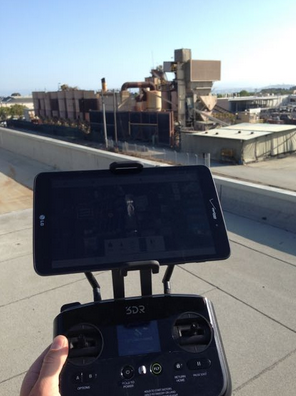 Next, turn on the GoPro and sync the GoPro time to the tablet time using the wrench icon in the GoPro app. This step is critical, but does not need to be repeated every flight. The images will be geotagged by matching the timestamp on the image with the flight log, so as the GoPro clock deviates from the tablet clock, accuracy is diminished.

After synchronizing the clocks, set the intervalometer to take a picture every two seconds. There is clearly room for experimentation here, but for most areas flying at 15 m/s and shooting every 2 seconds gives plenty of overlap (~75%, depending on altitude). This step will be eliminated when the Solo gimbal is released and camera control is built into Tower, but for now remains manual.

After the GoPro is shooting and the mission is uploaded, arm Solo and send her on the autonomous mission, sit back on your cushy backpack, and enjoy a marg. Once the mission is completed and Solo lands, stop the camera and power cycle the tablet to write the logs to the permanent memory.

Next, here is where you will really enjoy the backpack seat, open your laptop and start Agribotix Field Extractor (I believe you must create an account to download this piece of software). In the very near future, this entire process will be mobile only, but for now a Windows laptop is still in the loop. Grab the SD card from the GoPro, plug it into the laptop, and connect the tablet to the laptop. Open the Agribotix Field Extractor and follow these instructions. The key piece here is that the GoPro already has its clock synced to the tablet, so the time offset is 0.

After importing and geotagging the images, Field Extractor generates a rough .kmz file that tiles the images in Google Earth locally immediately and generates a .zip file on the desktop of geotagged images. If you are an Agribotix customer and pay $49/month for image stitching in the cloud, like me, the images are automatically uploaded and stitched in around an hour. If you are not and prefer to use your own software like Pix4D, Photoscan Pro, AutoDesk ReCap, or something else entirely, you will have a nice folder of geotagged images on your desktop taken by Solo and GoPro.

While there are a lot of words above, the entire workflow is very smooth and makes mapping quite accessible to anyone interested is basic drone-based GIS and photogrammetry. Geotagging using the Agribotix Field Extractor by far the smoothest way to inject geotags onto images taken using a PixHawk controlled vehicles and image stitching in the Agribotix cloud takes all the brain damage out of using photogrammetry software. Give it a rip and post your Solo maps up here! I would love to hear feedback.

One of mine is below.