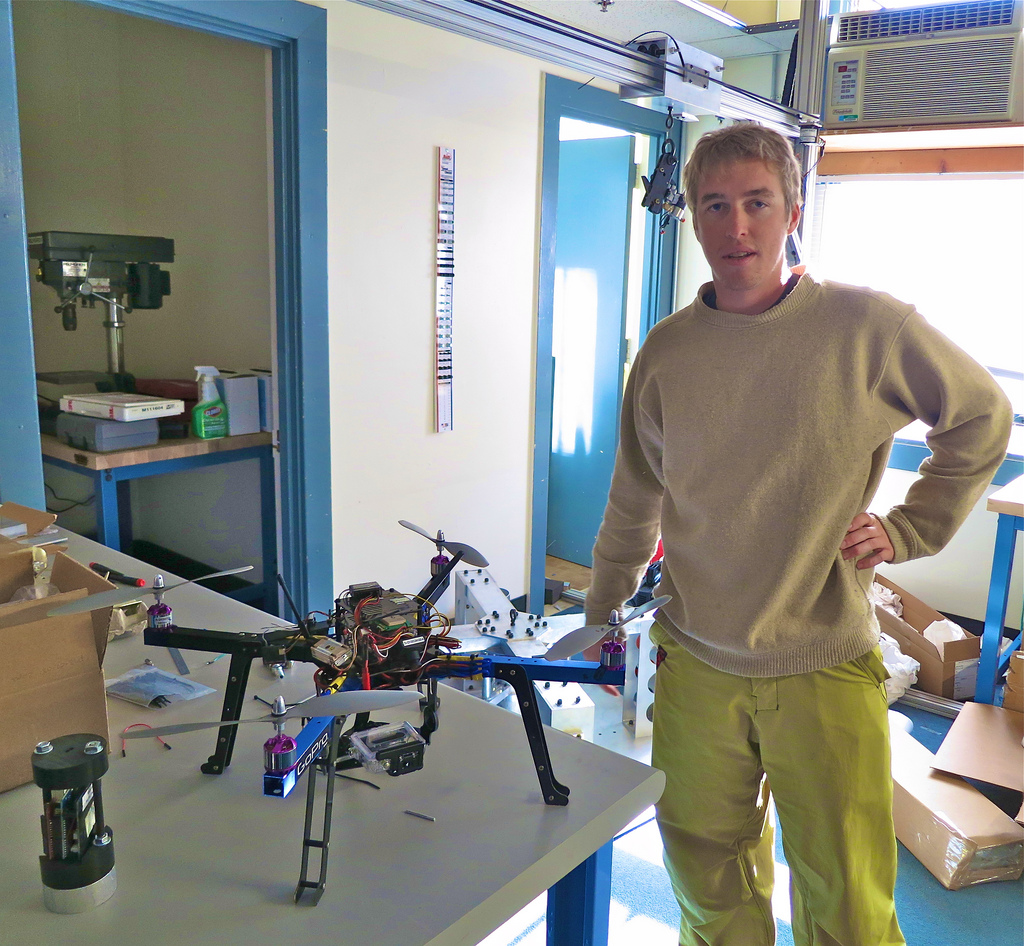 A quad ‘copter from Chris Anderson, with Go-Pro underbody gimbal and a sensor array for landing that is so very clever in the repurposing of consumer hardware to replace expensive and heavy radar units like they used on Apollo. A great way to test the control algorithms for automated landing. Like Apollo, the landing would occur at lunar daybreak (maximum shadows for surface feature contrast, and a 14 day window of solar flux).

The tech challenge I am working on is how to survive the 14 day lunar night at -150°C. Batteries freeze rather destructively. The only Apollo instruments to survive the night had nuclear batteries (like Curiosity). I am thinking Solar Junction solar cells, Everspin rad-hard/soft-error-immune MRAM, and a super cap or maybe LiIon electrolyte from eSionic which might survive the temp cycling. Or perhaps a Solicore solid electrolyte from ORNL. Has anyone tested the other elements (processor, PCB interconnect) through those extreme temp cycles?

It's simulating something similar to this: 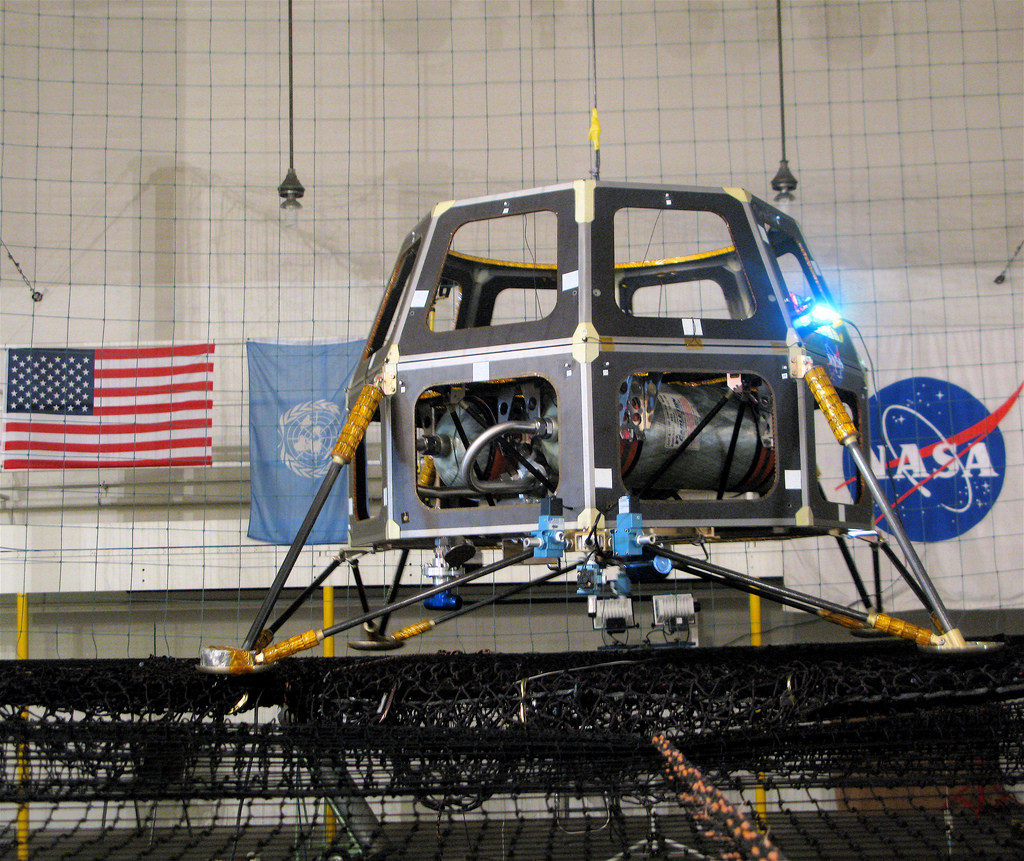