"Tokyo Electric Power Co. (TEPCO), the plant's operator, is using a T-Hawk [photo below], a remote operated flying machine created by U.S. firm Honeywell, to get a closer view of the severely damaged reactors.

The T-Hawk, known as a micro air vehicle, or MAV, uses a ducted-fan propulsion system that allows it to hover in place like a helicopter and fly into tight spaces where other aircraft can't go.

Last Friday, TEPCO workers, with assistance from Honeywell employees trained to pilot the T-Hawk, used the vehicle to survey the reactor buildings at Units 1, 3, and 4.

TEPCO has used manned helicopters, high-altitude drones, andground robots to obtain images of the facility. But the T-Hawk, because pilots can hold it in place and use its camera to zoom in on features, is giving TEPCO a better look of damages in and around the buildings.

The photos and videos of the latest T-Hawk survey, released on Saturday, show piles of debris, badly damaged walls, and collapsed roofs, with smoke still coming out of Unit 3. In some images of Unit 4 it's possible to see parts of the reactor and spent fuel pool." 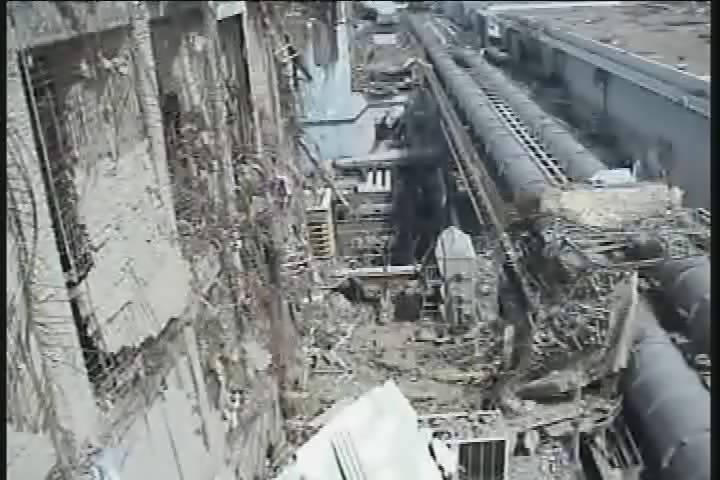