I started off the day very excited to see how a new day of testing would go. I'd re-read portions of the manual, searched for ArduPilot tuning posts and contemplated the replies I got from my previous post.

The conditions were great and I was ready to toss that sucker up and get some satisfaction.
Instead, I learned a lesson. You see the picture above? That's what you get when you fly your plane using the wrong configuration on your radio. Notice how the tall grass beacons my plane to follow it's shadow... Well it did! Fortunately for me the grass was tall and I was quickly able to see the problem and cut power so no damage to speak of.

After I double-checked the electronics and hardware I reset the model in the radio to the appropriate configuration I got a GPS lock and tossed it up. I waited to engage the ArduPilot, which was in Stabilize mode until I trimmed out the model. Wow, what a great flight. The Stabilize mode checked out wonderfully. My fellow flyers were impressed with how well it did, especially when I used the stabilizer to bring it in for a landing. It was truly great. I lined it up on the approach I wanted, into a slight breeze and cut the gas and it glided in perfectly.

My ArduPilot Trials Day 3
Like yesterday I started of today very excited to try the next test. After flying yesterday, I took home the plane so I could change it's mode from Stabilize to Fly-By-Wire-A.

I was all set and ready to figure out what the heck "tell it where you want to go and it'll figure it out" was all about (that's a slight synopsis of the description of the FBW modes). I got my lock, put the wing on and gave it a toss.

Again, I learned a lesson. Not a new lesson, but one that should have been very fresh in my mind. You see the pictures below? That's what you get when you fly your plane using the wrong configuration on your radio. Notice how the tall grass beacons my plane to follow it's shadow... This time the grass was shorter and right next to a service road! Fortunately for me it was the grass, which was tall enough so again damage to speak of, just a bruised ego as I had watchers and needed a rubber band to hold on the GPS which had popped off.

So just what was that lesson? No it's not "dont fly your stryker" or even "double-check your model". It's Use Checklists to avoid these type of problems. I could have been sent back to ground zero with either of these crashes. I'm now building some easy grease pencil checklists that I'm going to attach to the plane and complete right on the model prior to flight. That should save me from myself and from having to remember to bring the list!

Todays second attempt went very well. Again once I trimmed out and got the model into the AP mode the FBW worked very well. It is different than the Co-Pilot for sure, but I use the rudder to produce a flat turn. The flatter the turn the better it's keeping itself stable. I did not get the chance to do the tests that are recommended for FBW, that will be next flight. For now I'm very happy with the ArduPilot. I again used the AP to land the plane, which was a little off from yesterdays great landing but I blame that more on me and how nervous I was after drilling the plane into the ground two days in a row. It did remain very stable during the approach and landing the line up was a little off so I had to walk a few yards to retrieve it instead of a few feet like the previous day. No big deal.

Next Test, FlyByWire-B, although I'm not sure what to expect in this mode with the motor? I guess it just keeps it constant? If anyone can explain that I'd appreciate it. Notice how it's not quite square to the frame of the first picture? That creates visual interest! 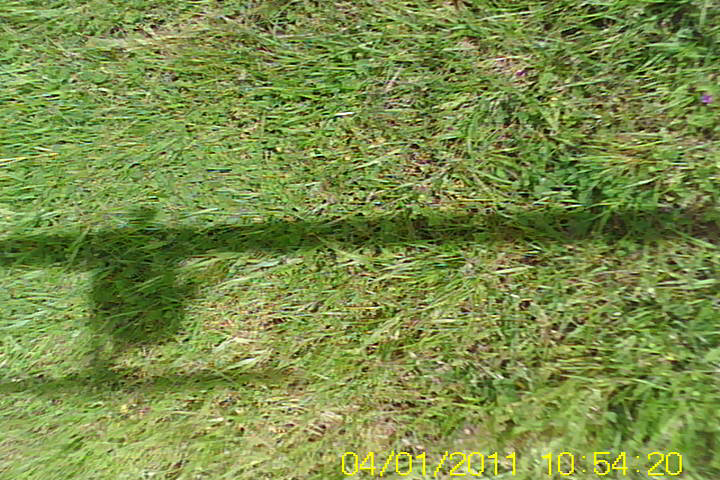 In the second shot the shadow almost forces your eye to whats outside of the frame. 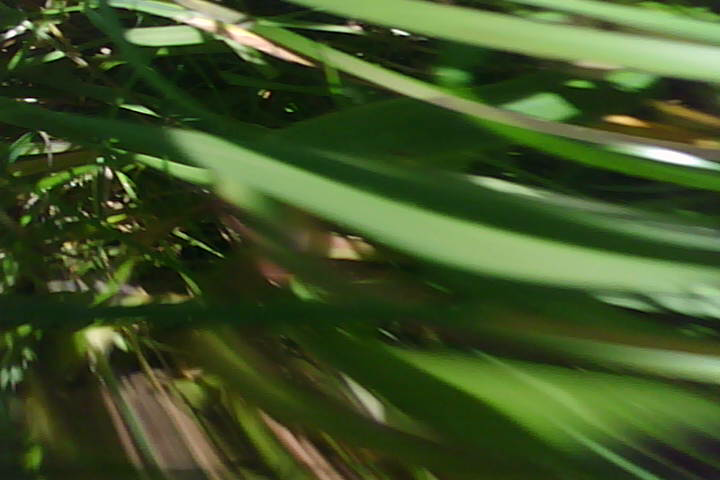 The third shot conveys movement. Notice how the grass in the background is in focus yet the foreground grass is blurred as the plane smashes into it... 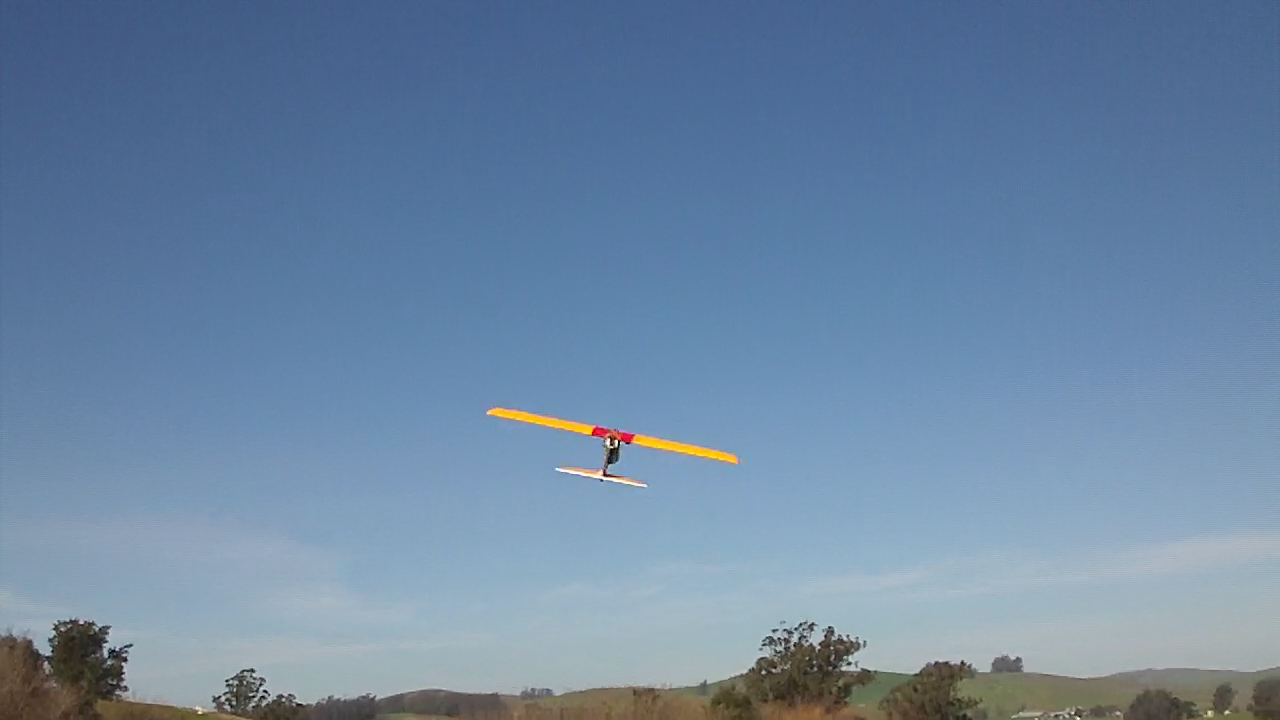 Last but not least a nice shot after the model was corrected.