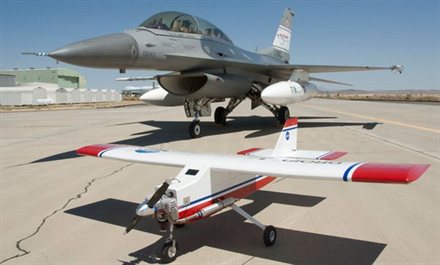 A lightweight automatic ground collision avoidance system (Auto GCAS) which depends on a terrain database of the entire world housed in a smart phone is being flight tested by NASA.

The flights follow initial development of the Auto GCAS for U.S. Air Force F-16, F-22 and F-35 fighters, and are aimed at extending use of the safety system to a much broader range of applications from unmanned air vehicles to general aviation aircraft. The system uses precise navigation, performance and digital terrain data to constantly monitor the aircraft’s position relative to known obstacles. Auto-GCAS is designed to intervene as a last resort, automatically recovering an aircraft when it senses that a ground collision is imminent and the pilot is not taking action.

Unlike the original Automatic Collision Avoidance Technology (ACAT) Auto GCAS project which was flight tested on an F-16D in 2010, this new test phase is using a 9 ft 8 inch wing span radio-controlled hobby Super Flyin’ King model aircraft. Tests of the Droid (Dryden Remotely Operated Integrated Drone), are being undertaken by NASA Dryden Flight Research Center with support from the Office of the Undersecretary of Defense and the Air Force Flight Test Center.

“We’ve talked about the modular architecture which means you can put it on other aircraft, but we’d only flown it on an F-16. So we asked why not try it out on a very different aircraft,” says Auto-GCAS project manager Mark Skoog. Aside from demonstrating the transition and portability of Auto-GCAS to another platform, the project is also designed to develop and explore performance enhancements such as new escape maneuvers beyond the vertical fly-up used by the F-16 system. 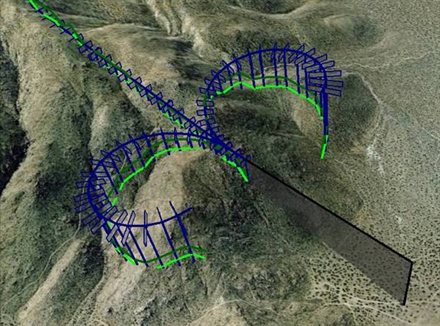