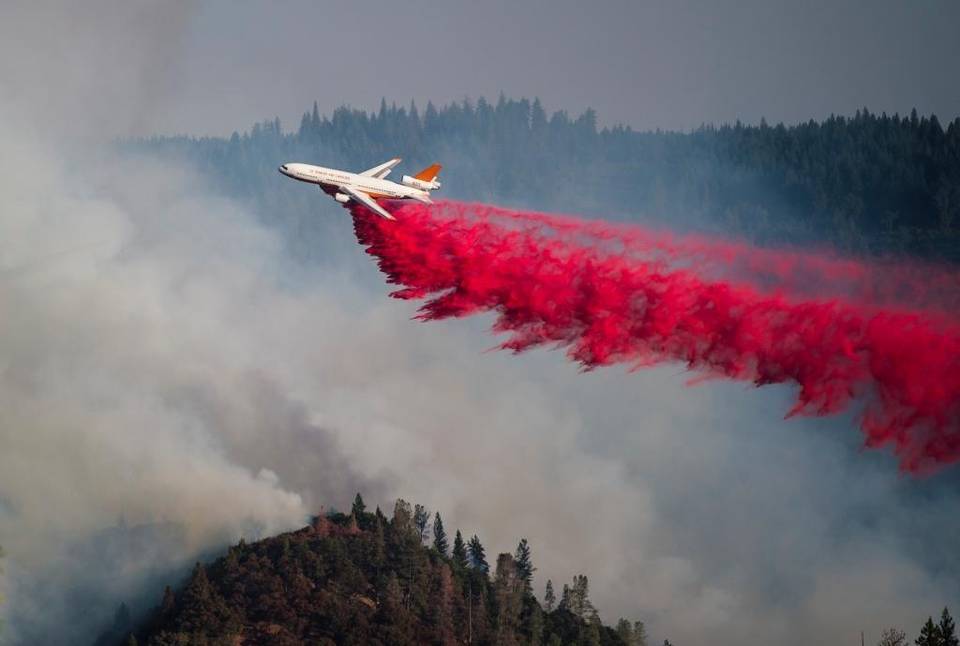 I normally don't like to post extremely short blogs that just link to another article, but I think this has been a long time coming.

I can't say that I hope for severe charges/fines against the operator (at this time), but I do hope that we only have to put up with one more season of seeing this in the news every other day.

A Foresthill man has been arrested on suspicion of interfering with firefighting operations during the recent Trailhead Fire by flying a drone over the fire, according to the California Department of Forestry and Fire Protection.

The presence of the drone forced Cal Fire to ground firefighting aircraft due to the risk of a collision.

This is the first arrest by Cal Fire law enforcement of a drone operator on suspicion of interfering with firefighting, according to a Cal Fire news release.

Over the past two years, fire officials say they have seen increasing numbers of hobby drones flying over wildfires and interfering with aerial firefighting operations.

Air tankers and firefighting helicopters fly at low altitudes to drop fire retardant and water. When drones fly in the same air space, fire officials are forced to pull back aircraft to prevent a collision. Fire officials stress that hobby drones should never be flown in or around fire areas.

Officials say Wamser’s actions delayed aerial firefighting on a fire burning in the steep canyon of the middle fork of the American River near Todd Valley.

The Trailhead Fire started June 28 and was reported 98 percent contained Saturday. It burned more than 5,600 acres and forced hundreds of residents in Placer and El Dorado counties to evacuate their homes.

Wamser is suspected of flying his hobby drone over the fire during the evening of June 28 to take video and photos, Cal Fire officials said.

“The Trailhead Fire was burning in such a remote area that our aircraft were critical to stopping the fire,” Chief George Morris III, Cal Fire’s Nevada-Yuba-Placer unit chief, said in a written statement. “Every minute we couldn’t fly our aircraft because of this drone, the fire was able to grow and do more damage.”