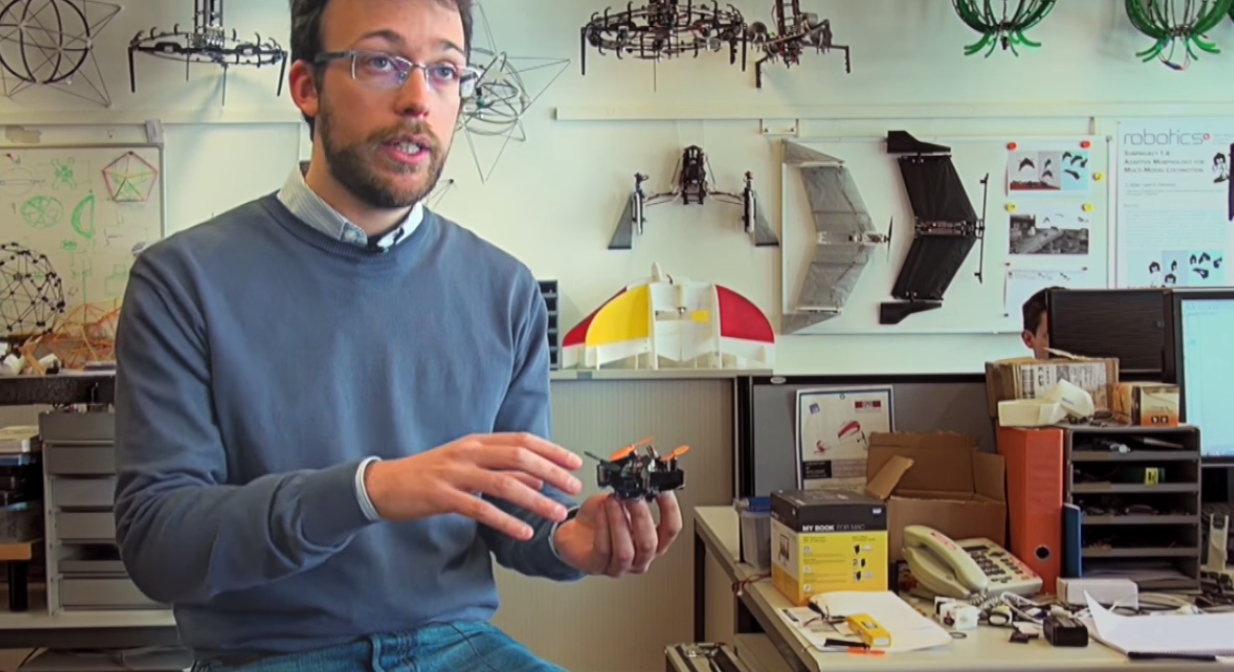 The good folks at EPFL have a folding drone that unfurls in a fraction of a second. Check out the story along with a video.

Engineering teams around the world are putting significant time, effort and research dollars into the idea of using aerial drones in disaster relief scenarios. It makes a lot of sense: Drones are able to fly into dangerous or inaccessible locations and — outfitted with cameras and communications gear — can provide reconnaissance imagery of a disaster site or even make initial contact with survivors.

One of the impediments to deploying drones, however, is that they tend to be unwieldy in terms of transport and launch. A new project underway in Europe hopes to solve this issue by way of a pocket-sized, fold-up drone that’s easy to transport and can self-deploy in seconds.