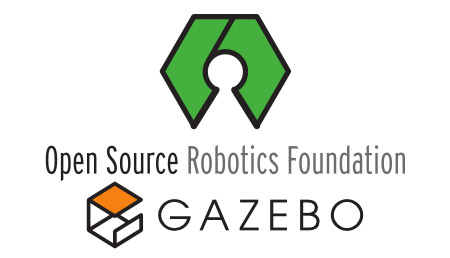 Last week, DARPA announced that the recommended simulation environment for its Robotics Challenge for Disaster Environments would be Gazebo, from the the Open Source Robotics Foundation:

First, yay! The government is recognizing the power of open source robotics! But what actually is the Open Source Robotics Foundation?  It turns out that it's a spin off from Willow Garage's Robot Operating System (ROS) project.

A few years ago, Willow Garage integrated ROS and the PR2 into Gazebo, a multi-robot simulator project started at the University of Southern California by Andrew Howard and Nate Koenig. Willow Garage now provides financial support for the development of Gazebo. However, DARPA isn't awarding the simulator contract to Willow Garage itself, but instead to the Open Source Robotics Foundation, which nobody has heard of until just now.

From the sound of things, Willow Garage has decided that ROS is now mature enough to go off and fend for itself, and the Open Source Robotics Foundation is the shiny new embodiment of that confidence. And it really is brand new: the OSR Foundation website is, well, minimalist, to say the least. All we really know is that it's a Menlo Park, Calif. nonprofit that's managed by "members of the global robotics community who have demonstrated a commitment to open-source robotics, are visible to the community, and have relevant experience in the field," but who are currently still anonymous.

It's certainly true that Gazebo and ROS have impressive pedigrees, and according to DARPA's announcement, it chose Gazebo on the basis of "an informal market survey" through which the OSR Foundation was "deemed to be the sole viable supplier for providing the necessary open-source simulation software within the specified timeframe." It's interesting to note that as far as we know the OSR Foundation kind of didn't even exist until very recently, so DARPA is putting a lot of faith (and presumably funding) into a foundation without a distinct track record. We'll just have to assume (for now) that both DARPA and the OSR Foundation know what they're doing, and that they've got things under control and ready to go.

The other little niggling question here is whether this means that the OSR Foundation is going to devote the majority of its resources into optimizing Gazebo for the Challenge itself, as opposed to taking an approach that might be better (or at least more productive) for the robotics community and Gazebo users as a whole. I guess this probably depends on how much funding it gets from DARPA as opposed to other sources, but the risk is that Gazebo becomes a project for DARPA rather than a project that DARPA simply benefits from.