I have worked hard in my sparse time to improve OpenFPV. I got a lot of mails from interested people around the world and can't wait to share the latest results with you. Your support is amazing, and my goal is to bring this project alive as soon as I can. Special thanks for all who donated a few bucks to the Project, every dollar helps me a lot.

A quick overview from the last month: (Please note that all dates are in subject to change, depending on issues, bugs, time)

Some pictures from the lab: Me holding a prototype with 5Ghz diversity, 160° fish eye camera. I can even write messages on my phone trough the oculus live feed with this setup. Can't show you how it looks like, but all who tested it in my lab are amazed. 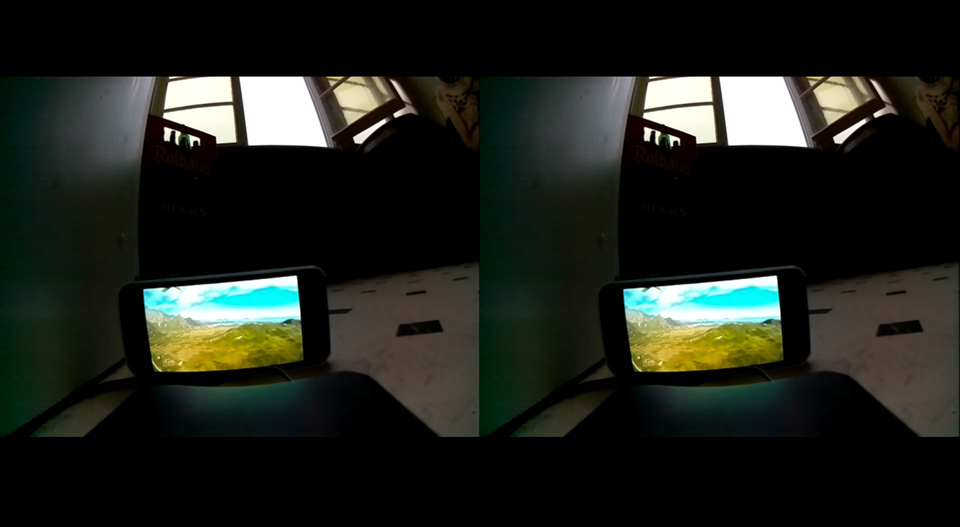 Screenshot from the oculus mode. *Note the missing fragment shader for the rift distortion, this is not 3D (but possible in the future, you will see a huge 2D screen in front of you) 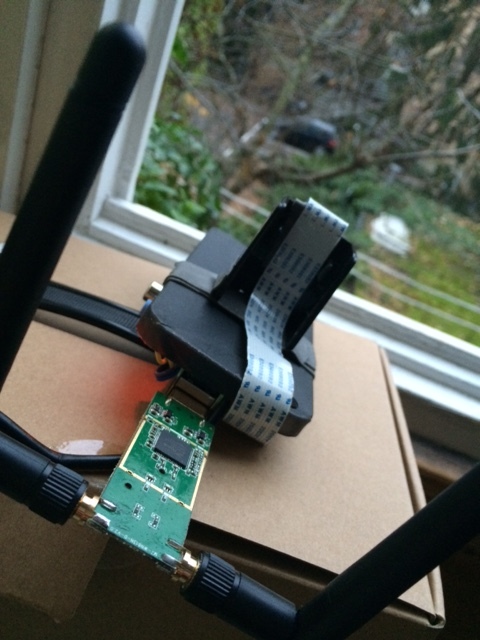 I have no in flight footage yet, the main reason is the bad weather here. But I will do some recordings, pictures if the weather is a bit better and I have enough time and a working drone / plane*, you have my word.

* My last plane crashed and destroyed one OpenFPV Setup while testing

- First release for developers between January and February 2015

If you have any questions, please leave a comment below or write me: contact@openfpv.org