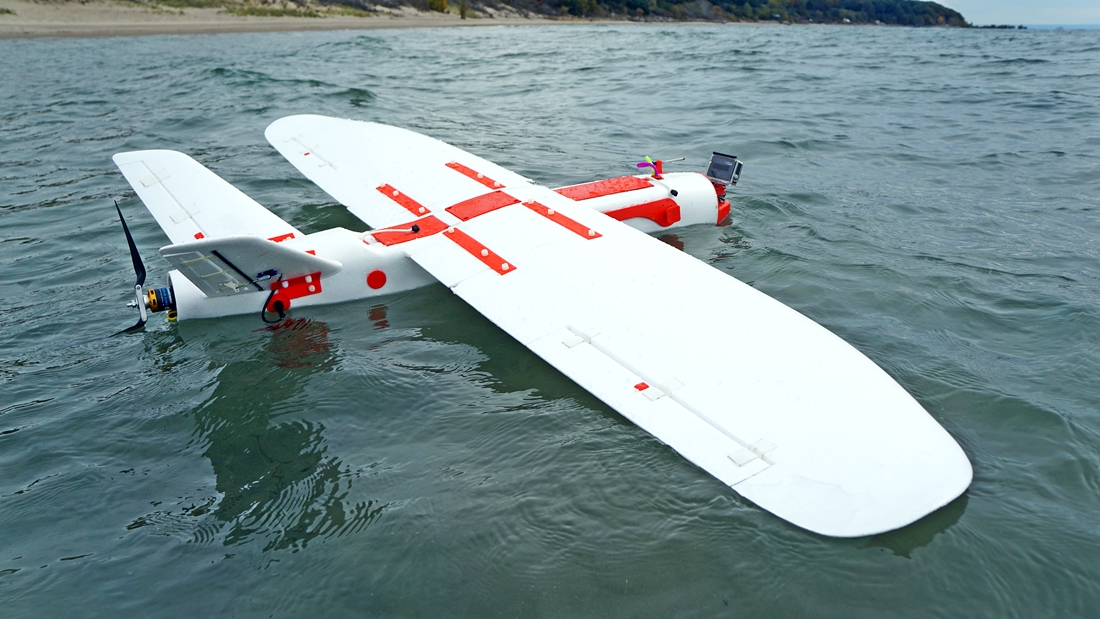 I was thrilled when Dr Tom Letessier from ZSL chose me to help with his drone research as part of the Bertarelli Programme in Marine Science. To our knowledge, no one had a fixed-wing water landing drone. Our plan was to survey some of the islands of the Chagos Archipelago to compare distributions of megafauna around islands with birds nesting on them to islands with invasive rats on them.  The drones were amphibious Aeromapper Talons manufactured by Aeromao Inc., in Canada. 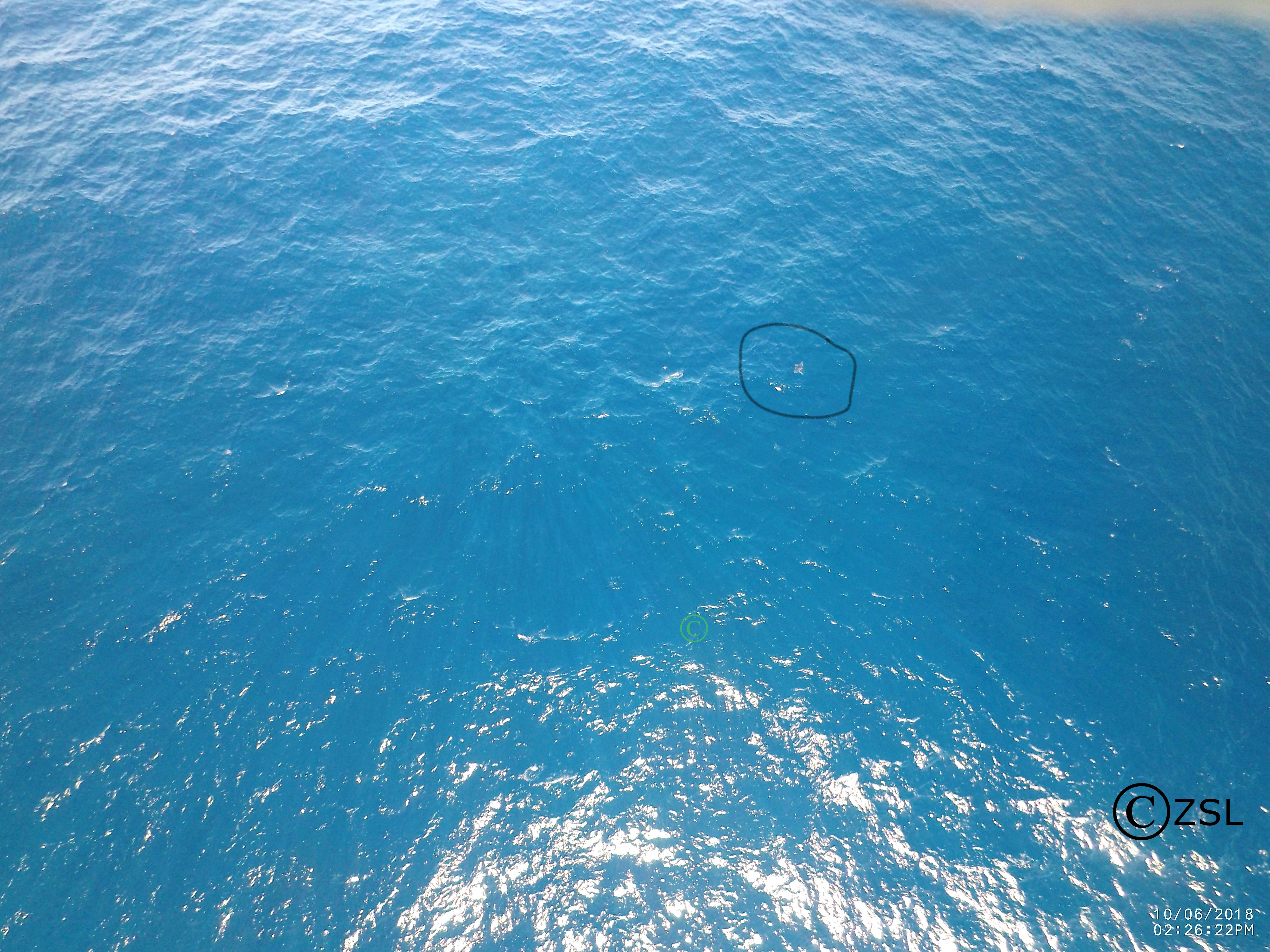 The use of UAVs (Unmanned aerial vehicles), or drones, is gaining traction in the world of ecology and conservation. In marine environments, drones are being tested for their ability to locate megafauna and map areas. Initial results have been promising across the board and many are looking to drones (of all types) to bridge the gap between ground truthing surveys (diving transects etc) and large-scale plane based surveys, which cover thousands of kilometres.

At the end of April 2018, I flew out to Canada to learn how to fly our new drones with Aeromao, the company that created our waterproofed fixed wing drone capable of flying huge distances with the strength, stability and mechanisms of a small plane. With a two-meter wingspan, the units look impressive. After a week of training and our first successful water landing on Lake Erie, I packed up the two drones and flew from Toronto to the Maldives. 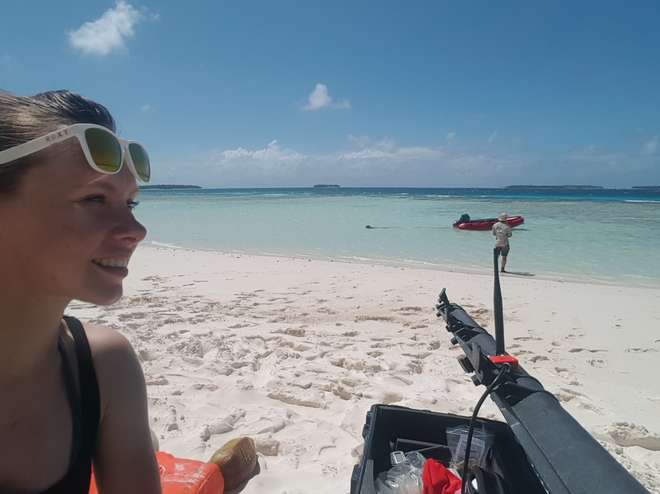 After a tense few days waiting for customs to release our drones, one hour before departure, they arrived on board our research vessel and we steamed to the Chagos Archipelago. Our first deployment and retrieval was a success and we captured our first aerial footage. Our drones have two cameras on board; one on the belly of the fuselage takes snaps every second and one in the clear nose cone that allows for live streaming of the drone flight to a screen used by the drone pilot. The images that we took have proved our original concept worked and we were able to pin point sharks, birds and large fishes.

To read the full article: https://www.zsl.org/blogs/chagos-expedition/project-drone-pioneering-steps-into-water-landing-drones-in-marine-ecology

About the Aeromapper Talon Amphibious:

The Amphibious version of the Aeromapper Talon allows maritime operations by autonomously belly landing on water.