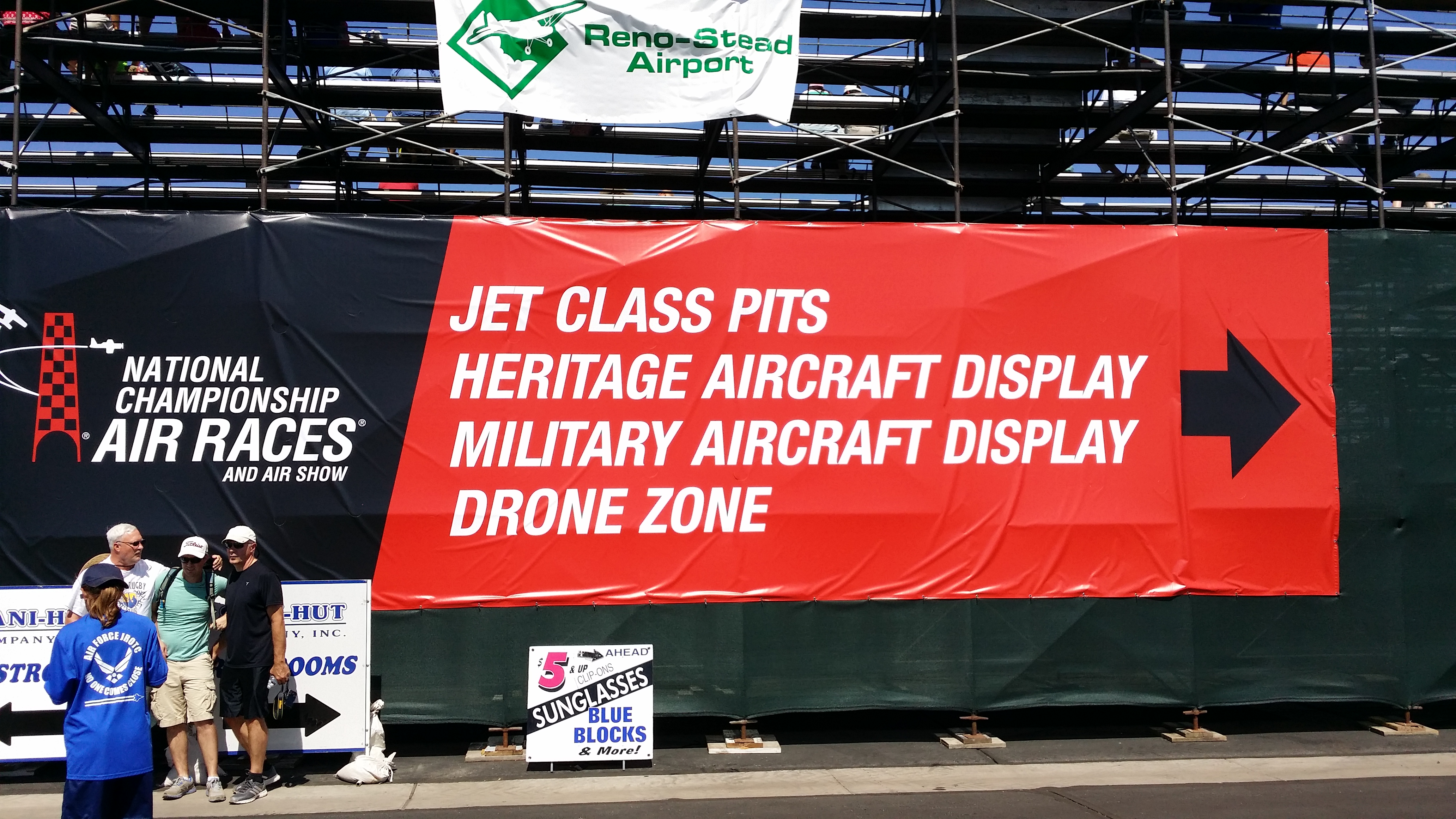 This past week I was luckily involved with the first ever Drone Zone/UAV Challenge that was part of the annual National Championship Air Races in Reno Nevada. The contestants where flying quads and hexacopters raging from micro to around 700mm in size. There were three events. Weight lifting, obstacle course and speed course.

Stead, Nevada is one of the 6 FAA locations for unmanned aerial testing. This is the reason for promoting UAV and drones.

The Challenge course was located right in front of a hangar. A net placed all around prevent any flyaways. The net also limited the size of the event. The weight lifting event required participants to take off and hover over a weight and try to hook small u-bolt on the top of a weighted bottle. The second event was an obstacle where you had a small slalom course then fly through a window and finally a hoop. Many crashes occurred and some broken props. The final challenge was the speed course which somewhat mimicked the Reno Air Race course. You had to complete 5 laps and you were timed. The small 250 size quads had an advantage here, not to mention the pilots of these were excellent. Michael a hobby store manager in Folsom showed us how to fly by winning the overall event.

The University of Reno, Nevada Institute of Autonomous Systems and Embry–Riddle Aeronautical University, sponsored the event. David Thirtyacre of Embry-Riddle worked hard to put the challenge together. Even though this was called a challenge most of us who showed up were there to be ambassadors of this hobby.

I was quite surprised by the number of Pixhawk flight controllers. Embry-Riddle had a few 3DRobotics hexacopters and the University of Nevada Reno competed with the Iris. There were a fair share of Naza and quite a few APM clones. 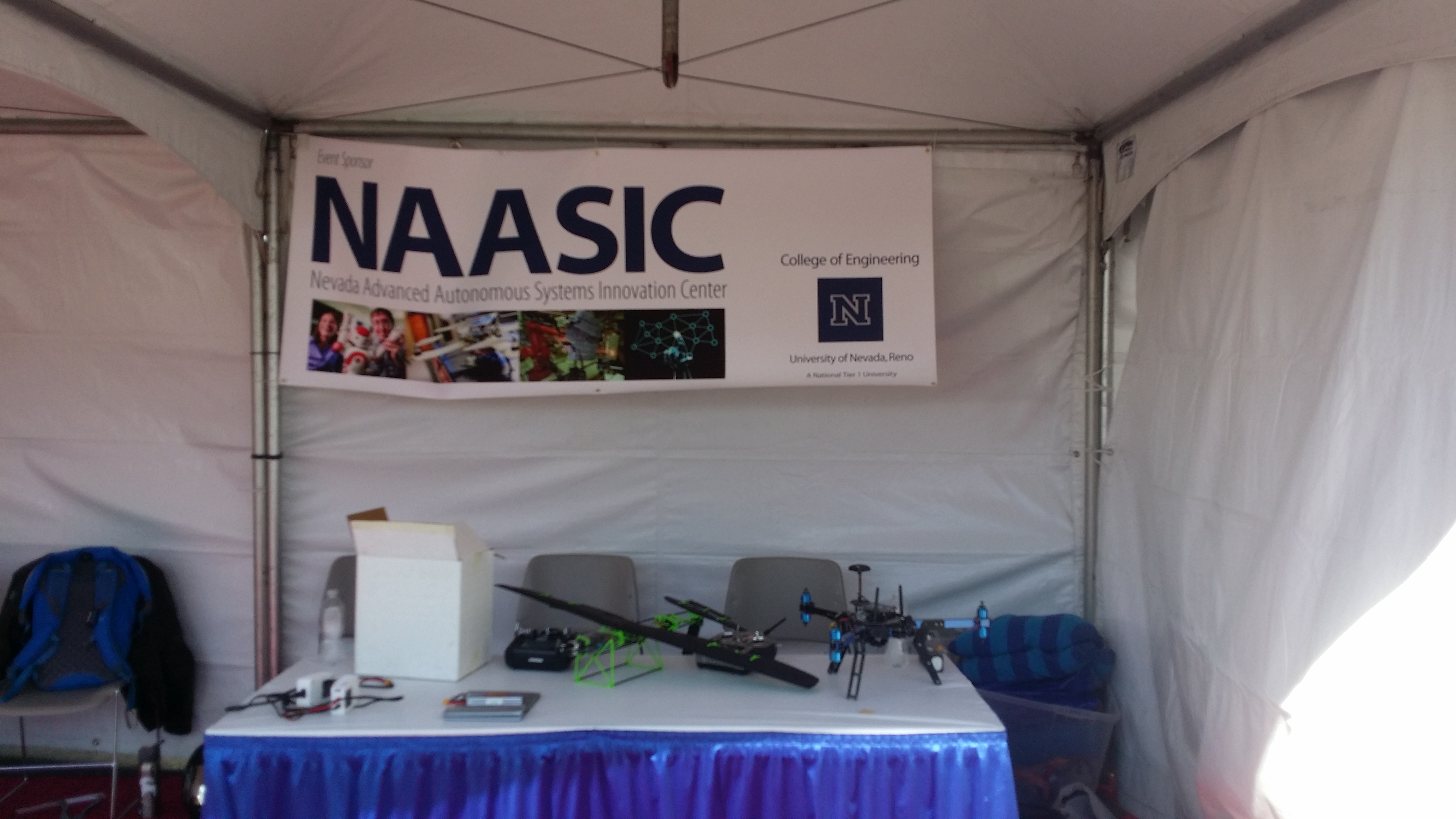 Interesting is Richard Kelley, Research Assistant Professor is using 3DRobits Iris and Y6 for flight control research. Not only did Richard compete but also Giselle a math major at UNR.

The event had most of the local news covering the story and some national magazines as well. Everyone interviewed discussed the positive use of UAV's.

There were some vendors showing off there products. Drone America was there with some pretty impressive UAV craft. Also in force was Ashima Devices, which just announced they are moving their production facilities to Reno. Swift Radio Plane showing their Lynx UAS designed for aerial photography. Many of the people involved have indicated how hard it is to get COA from the FAA and fly. Also I found out all of the research being done right now must be done in enclosed areas where gps is ineffective. One graduate student that developed a deployable plane isn’t allowed to fly. Kind of hard to write a thesis paper when you can’t even describe how it flies.

In the end met some great people and had a lot of fun.