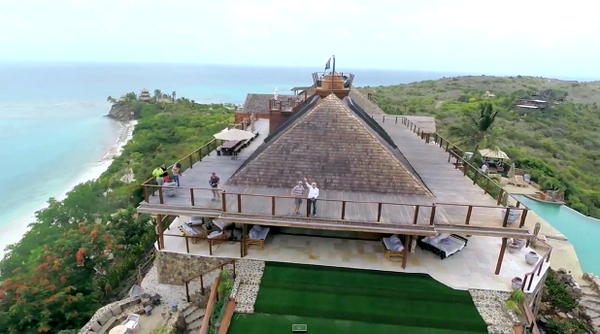 Finally, I can talk about what I did this summer! Richard Branson, one of my heroes both as an entrepreneur and aviation pioneer, is a 3D Robotics investor. Not only is it thrilling to be part of his network, but we also got to bring a fleet of drones to his famed Caribbean island, Necker, to tell the story of his life there from an aerial view. This is just a teaser below, but you'll see much more soon:

We welcomed six drones to Necker and they’ve captured stunning footage of this beautiful island we call home.

Every morning before breakfast I go for a walk around Necker. I’m incredibly lucky to have had Necker in my life for nearly 40 years, and I feel I know it like the back of my hand. So it’s amazing to get views of this island that I’ve never seen before thanks to a few drones and the great team at 3D Robotics, a company I recently invested in. They even shot me playing tennis and kitesurfing to Moskito Island!

It’s amazing to see what a little flying object with a GoPro attached can do; before they came along the alternative was an expensive helicopter and crew. I’m really excited about the potential for drones, and I hope this affordable technology will give many more people the chance to see our beautiful planet from such a powerful perspective.

But it’s not just about beauty shots. When you say the word ‘drone’, most people will think about military drones, which are used for surveillance and warfare. But this increasingly affordable, easy to use technology is starting to be used around the world in many positive ways. Like to monitor endangered species, deliver healthcare to remote areas, and help manage natural disasters.

One of the drones exploring the Great House. Image from 3D Robotics

We’ll be sharing lots of stories about people and organisations involved in drones over on Virgin Unite from next week in our ‘Drones for good’ series.

Meanwhile, where did my sunglasses go?

This film was shot on 3D Robotics IRIS and X8. Learn more at 3drobotics.com and via Twitter.