No matter how good we humans have made something, chances are nature did it better millions of years ago. Rather than compete, it’s often better to tap into the natural version – and that’s exactly what scientists have done with the Smellicopter, a drone that uses an antenna from a live moth to sniff out its targets.

We humans don’t tend to rely on it too much, but to moths, the sense of smell is crucial. They use their feathery antennae to scan for the smell of flowers, mates, and other important things, so they’re incredibly sensitive – a single scent molecule can trigger a cascade of cellular responses, very quickly.

Realizing that, engineers at the University of Washington hooked up an antenna from a live moth to a suite of electronics, and used it to guide a drone towards specific scents. They call the end result the Smellicopter.

“Nature really blows our human-made odor sensors out of the water,” says Melanie Anderson, lead author of the study. “By using an actual moth antenna with Smellicopter, we’re able to get the best of both worlds: the sensitivity of a biological organism on a robotic platform where we can control its motion.”

The antennae are sourced from the tobacco hawk moth, which are anesthetized before removal. Then, small wires are inserted into each end of the hollow antennae, which can measure the average signal from all of its cells. The antenna only stays biologically and chemically active for up to four hours after being removed from a live moth, but the researchers say this could be extended b storing them in the fridge. 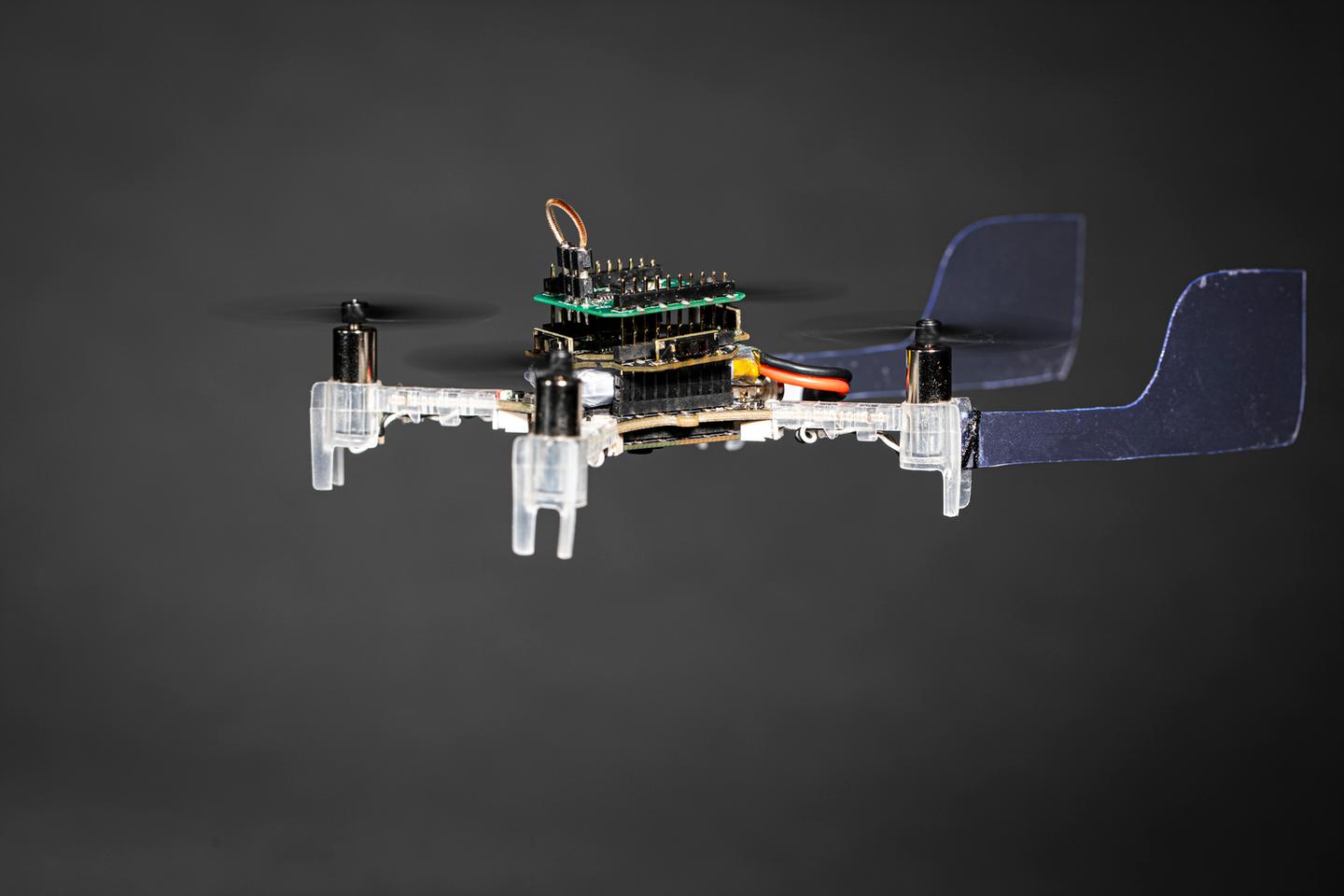 To test out the cyborg’s smelling prowess, the team placed it at the end of a wind tunnel, and had it compete with a standard artificial odor sensor. When either a floral scent or the smell of ethanol was wafted down the tunnel, the antenna reacted faster than the other sensor, and was able to cleanse its palette quicker between smells.

For the next experiments, the researchers then mounted the electronics onto a small, common quadcopter platform, which was equipped with two plastic fins to keep it oriented upwind, and four infrared sensors for obstacle detection and avoidance.

Finally, the Smellicopter was driven by an algorithm that mimicked how moths search for smells of interest. The drone starts off by drifting to the left for a set distance, and if it doesn’t detect a strong enough scent, it then moves to the right for a while. When it detects a smell, the drone will then fly towards it. If at any point those infrared sensors pick up an obstacle within 20 cm (8 in), the Smellicopter will change direction.

The team says the device could be useful for seeking out plumes of scent, such as chemical signatures from explosives or the breath of people trapped in rubble. That way, the drones could help in situations where it may be dangerous to send humans to investigate. And it might not be the only insect hybrids doing so – other studies have experimented with using cyborg cockroaches, dragonflies and locusts for similar purposes.

The research was published in the journal IOP Bioinspiration & Biomimetrics.