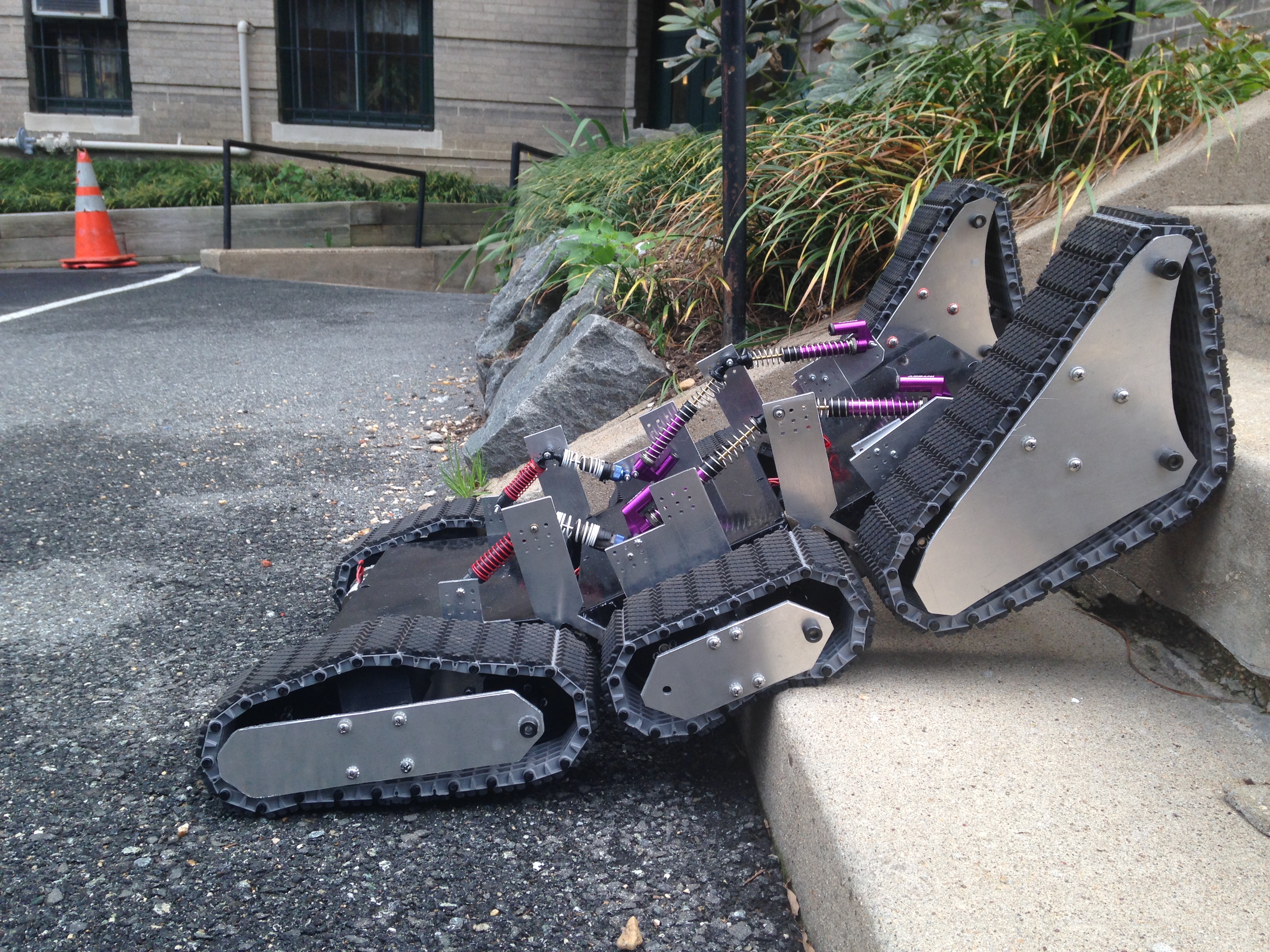 crowdfunding campaign to bring Ground Drone, the next evolution of ground robotics, to the market.

described a future that many people want to see become a reality, the anticipation of fully autonomous

robots has been growing stronger. However, the reality of obstacles scattered around our environment

produce “two dimensional” bots that can only effectively traverse flat and clear surfaces. Thanks to

Transcend Robotics, that paradigm is about to change. The company has recently announced the

launch of a Kickstarter crowdfunding campaign to bring to life “The Ground Drone Project”; an

the process,” commented Andrew Ferguson of Transcend Robotics and inventor of ARTI, (articulated

traction control), the technology behind the project. “Yes, eventually we will have affordable walking

robots, but in the meantime, we CAN have full home, factory, and office mobility today.”

According to Transcend Robotics, ARTI is the current rendition of this new approach to overcome

obstacles in the environment. Most current solutions employ complex “flippers” that require trained

human intervention to surmount even the simplest of obstructions. With the ARTI platform, getting

up and down obstacles is as simple as pointing and shooting. ARTI accomplishes this by leveraging

The Kickstarter Ground Drone Project, led by Phillip Walker, will launch this solution to makers and

hobbyists worldwide. Various rewards will be available for backers including tee-shirts, do-it-yourself

instructions, a bare bones chassis kit, piloting a remote tele-presence ARTI, and even a fully assembled

R/C controlled ARTI. To say this news has caused excitement in the tech and robotics community

is quite the understatement. “For many of us, this is a dream come true – and we are only a few steps

away from even more amazing things,” Walker states.

The innovative chassis has three, enclosed boxes with plenty of room (450+ sq in.) for electronics

and actuator additions. Most of the assembly parts & components are off the shelf or can be easily

fabricated. In addition, if ARTI is successfully funded, documents will be open to the public including

a bill of materials, CNC vector files, and assembly instructions so that anyone can build his/her own

for individuals, small businesses, and the maker community so that innovation can move forward

aggressively,” noted Walker in mentioning his motive for opening up a patented technology.

“This technology is needed now, not in 10 or 20 years. Once roboticists have access to true and

affordable mobility,” Ferguson added, “the promise of robotics will finally be realized in ways that will

To join the evolution, go to http://kck.st/1EdP8BH or go to Kickstarter.com and google “Ground Drone Project”.

For more information on Transcend Robotics be sure to visit TranscendRobotics.com.