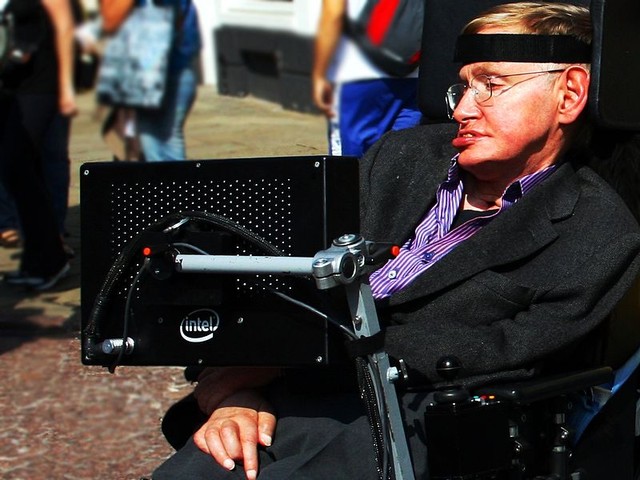 Stephen Hawking, who is part machine, wants to stop the rise of the machines.

Stephen Hawking, who turns 71 today, has joined the board of an international think tank devoted to defending humanity from futuristic threats. The Cambridge Project for Existential Risk is a newly founded organization which researches existential threats to humanity such as extreme climate change, artificial intelligence, biotechnology, artificial life, nanotech, and other emerging technologies. Skype cofounder Jaan Tallinn and Cambridge professors Huw Price and Martin Rees founded the project in late 2012.

Price and Tallinn collaborated on a speech at the 2012 Sydney Ideas Festival which argued that artificial intelligence has reached a threshold that could lead to an explosion of autonomous machine dominance similar to the rise of Homo sapiens. The Cambridge Project for Existential Risk's stated goal is to establish a research center dedicated to the study of autonomous robot (and other) threats within Cambridge University.