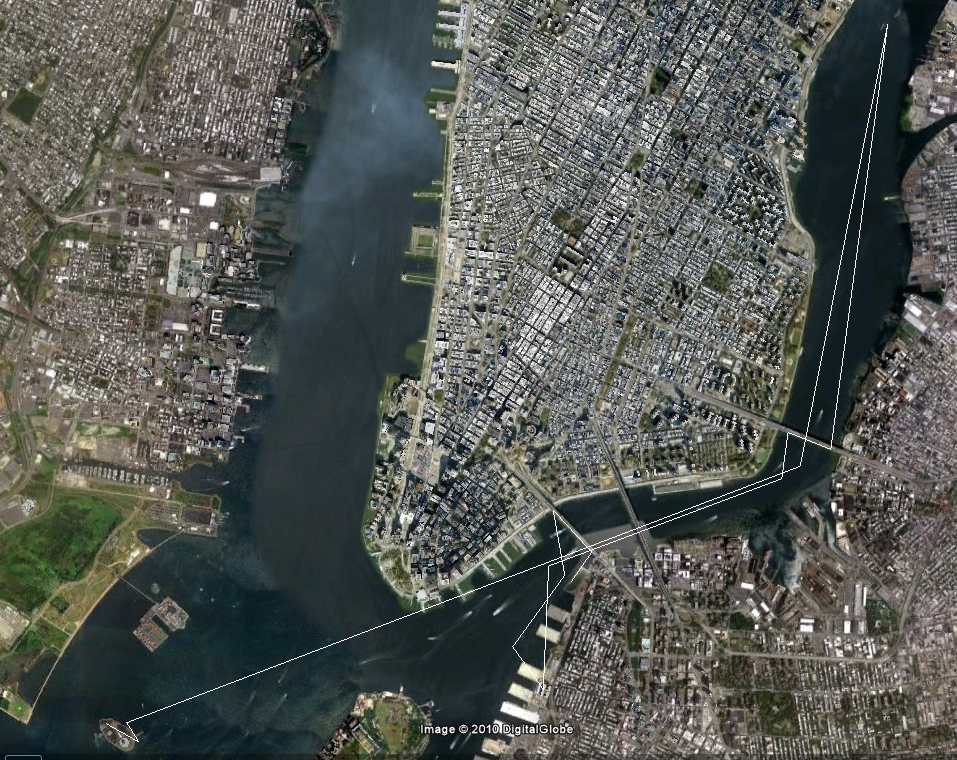 You know the story: a FPV flier who goes by the handle of Trappy decided to prove something to someone and pulled a stunt in NYC a few weeks ago, filming a flight that went from the Brooklyn Bridge to the Statue of Liberty, and posting and promoting it online. This has generated a huge amount of controversy in RC/FPV/UAV circles. We discussed it here, and suffice to say it was the general sense of most commentators that this was Very Bad: dangerous, reckless and casting our hobby in a very poor light.

The problem is that Trappy, who is actually a very accomplished FPV pilot with many impressive (and usually safe) videos before this one, flew a Zephyr around Manhattan in Class B Restricted Airspace, in the landing patterns of three major airports and far beyond line-of-sight. He also filmed it and sent it to the media, where it was widely shown on national TV. This is not only in violation of FAA rules, but it's also the kind of thing that can ruin it for all of us if legislators take this example as an opportunity to crack down on our hobby.

What should he have done instead? Well, if he wanted an aerial tour of New York City, he could have had a great one on a simulator. Thus the theme of T3, Season 2 Round 1: Synthetic Trappy!

This is a simulator round. It's winter in the Northern Hemisphere, and too cold for many DIY Drones members to fly. That's a perfect time to brush up on your UAV "hardware in the loop" (HIL) simulation skills. It's a great way to test your autopilots and code on the workbench in realistic but totally safe conditions by connecting them to a PC Flight Simulator like XPlane or FlightGear.

Your mission is to do the following: program your autopilot to recreate Trappy's mission and make an autonomously-created video that simulates the one Trappy made, showing the safe way to fly planes around NYC: in a simulator only!

RIGHT (A rough simulation of the flight in Google Earth):

Here's a KMZ file (shown at top) that roughly covers Trappy's route, as best as we can tell from the video, which probably involved several flights and has edits and out-of-order bits.  Here is the tour file that was used to create the above Google Earth video.

Your job is to create your own FPV NYC video, not by touring in Google Earth as I did above but instead by recording a simulated UAV flight using a HIL setup.

Here's how to get started with HIL simulation in ArduPilot Mega. You may want to use Happy Killmore's GCS to record your HIL sim and then replay it in First Person mode. Or maybe you have your own GCS or HIL setup that can do even better.Other autopilots have different HIL sims.

The judge (Gary Mortimer, as usual) will rank the submissions on closeness of simulation of Trappy's video, creative use of a UAV sim, and autonomous maneuvers that are particularly impressive (such as swooping down on bridges and alongside buildings). We don't really expect anyone will closely duplicate Trappy's routes; instead, we're more interested in the sim and mission-planning techniques you use. Crappy videos with cool tech will score well ;-)

As always, post your submissions in the comments below. Just an embeded YouTube video, a KMZ file of your simulated flight and description of your setup.  Winner will get their choice of a MediaTek GPS module or a magnetometer, but all entrants will get points for Season Two of the T3 contest.