After receiving an interesting request for drone usage from Japan, we decided to share it with you.

Oftentimes even before starting the construction of a building, the company needs to make the idea gain interest and acquire orders from potential customers. While the inside view of the apartments can be rendered in CAD, to illustrate the view from windows it makes a lot more sense to actually take the pictures instead of rendering them.

To take photos of the view from windows / balcony of apartments of buildings which are yet to be built, a drone with an automatic camera trigger can be used.

The first image of the post is the sketch of the idea by Keitaro Sugiyama.

This idea can be easily brought to life by using UgCS ground station for flight planning. This is how the flight plan would look in UgCS: 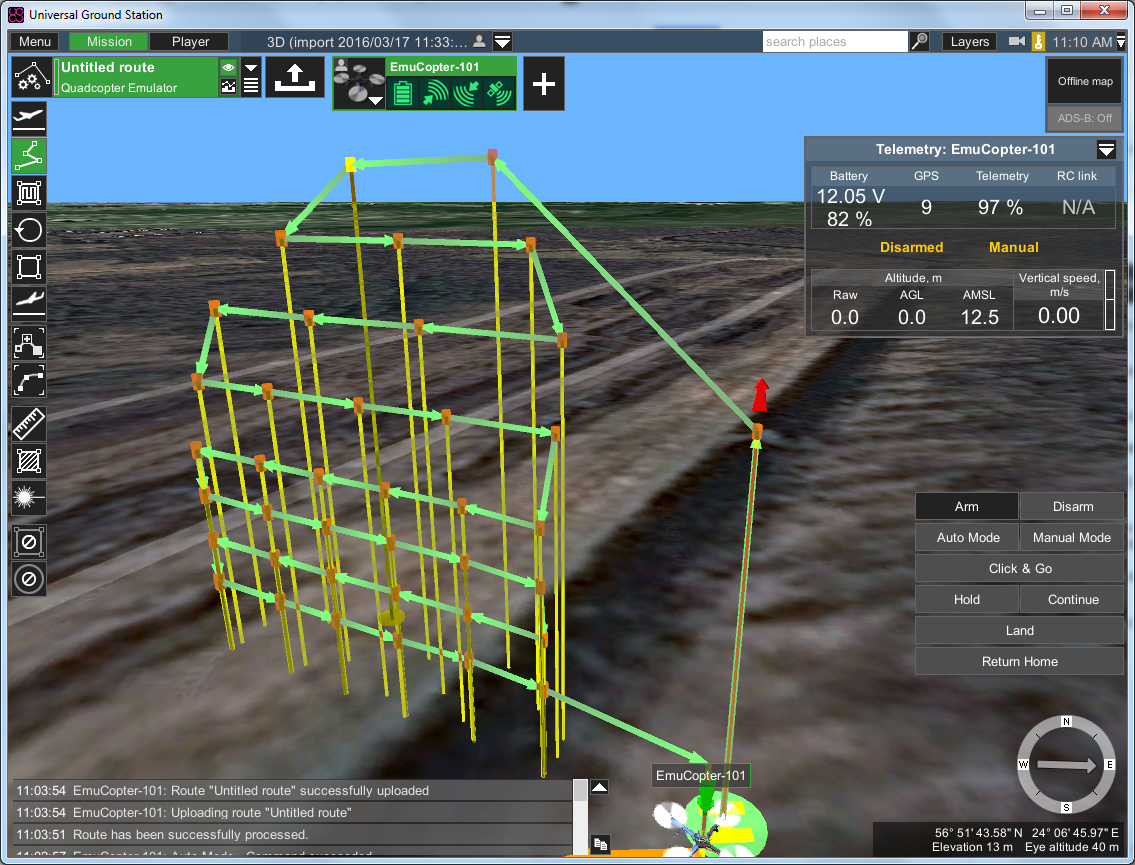 The creation of this route took only about 30 minutes using the distance measurement tool in UgCS and calculating all the exact locations and placing the waypoints along with camera trigger actions. However, after a 5 minute flight you will get excellent and accurate marketing material for potential clients.