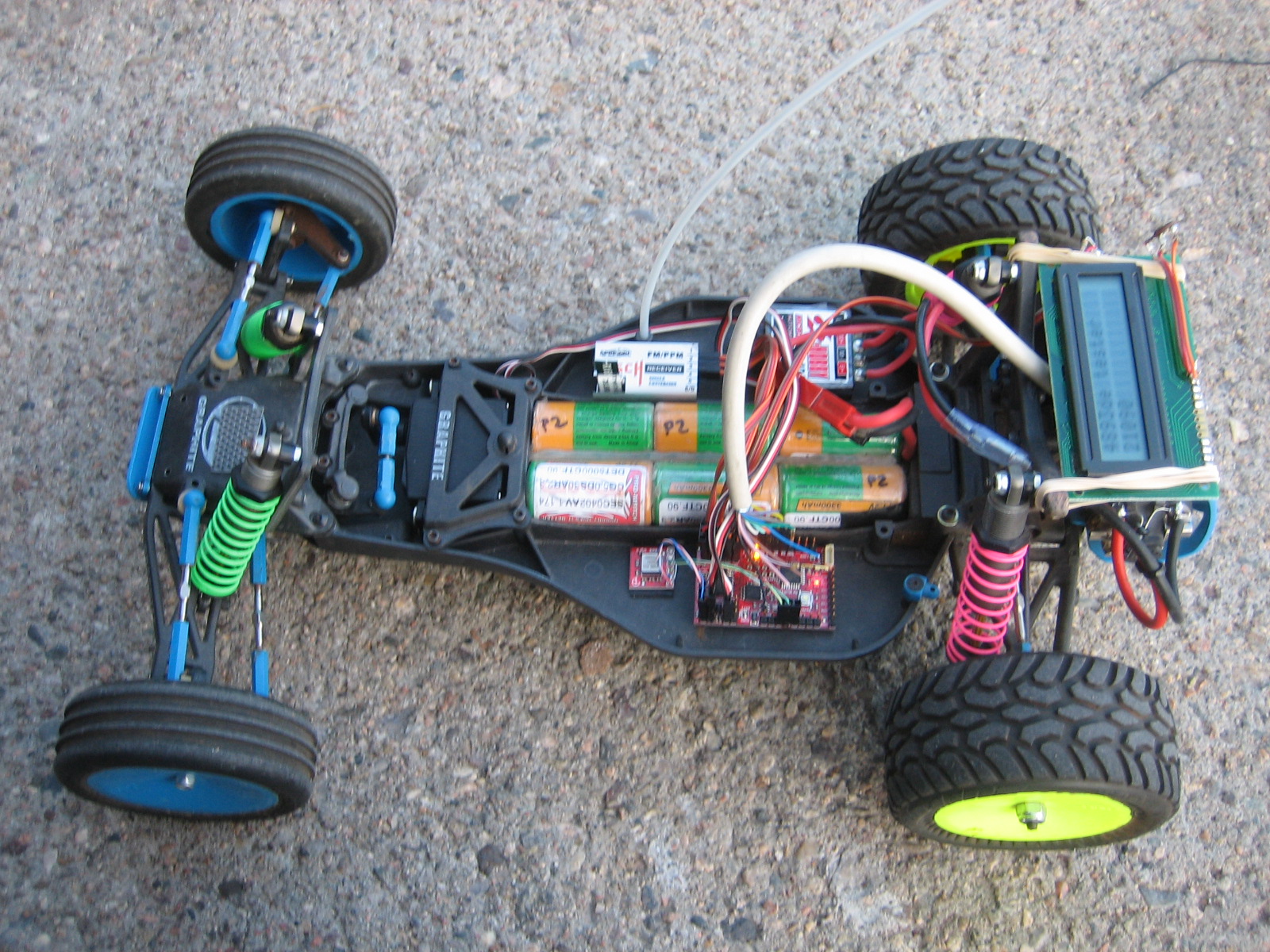 I will be competing in the Sparkfun AVC competition this year using Ardupilot hardware in a ground vehicle. My car is called Minuteman, and works on simple dead reckoning. It uses Ardupilot hardware, with an optical encoder and a gyro as the only sensors. No GPS, no compass, no proximity sensors. Testing has been really simplified by using the ardupilot, because with my 3 channel radio, I can easily switch between auto and manual mode with the push of a button. I can first map-out a course by driving it manually and using my 3rd channel to set waypoints. Then I can put the car in auto mode, and have it re-trace the course. It's pretty simple in theory, but took a lot of fine-tuning to get working.

Making this project work with ardupilot required a complete re-purposing of almost everything on the ardupilot. A few modifications were made to the board to facilitate testing, and a fully custom firmware was written. It's hard to say how things will go this weekend at the competition, as I will not have a chance to pre-run the course (until the day of the competition). In near-by parking lots, it performs well. I'm optimistic!