First off, a big thank you to the hardware and software developers of the APM autopilot. Without it I wouldn't have been able to pull off a working autonomous system in such a short time. Thanks as well to Jack Dunkle for helping me out with a late encoder addition.

A couple months ago I saw the SparkFun AVC announcements and decided to enter. I bought parts early, but didn't get it all working right until the end. Here are all the details on my entry, for anyone interested. And that's it! I tried to do some fancy stuff with the rangefinder, detecting obstacles approaching at close to vehicle speed (stationary obstacles straight ahead) and then making the car swerve to avoid them. It worked too poorly and so I took it out, since I figured it would probably hurt more than help.

The last little bit is dealing with GPS coordinates (latitude and longitude). I converted them immediately to Cartesian coordinates on a plane. In a small area, this works very well. I had two sets of conversion factors, one for Pasadena and one for Boulder.

Compass mounting calibration was key for getting this to work. My method was setting a waypoint, pointing the vehicle toward the waypoint, and changing an offset parameter until the heading error was close to 0.

I was able to avoid the barrels and get the arch bonus by careful waypoint placement to minimize the effect of GPS error (waypoints far apart). Also, I was lucky.

I came to Boulder Thursday night without working throttle/steering controllers and no waypoint code written, but I managed to work it out Friday morning and afternoon, testing in my friend's apartment's parking lot. Friday evening I tried to write obstacle avoidance but scrapped it and slept instead.

Saturday morning I got to SparkFun a little early and set up my waypoints (7 of them), and ran some test runs. I made it around about half the time, doing better after I altered the steering trim to eliminate a leftward (and water-trap-ward) drift. 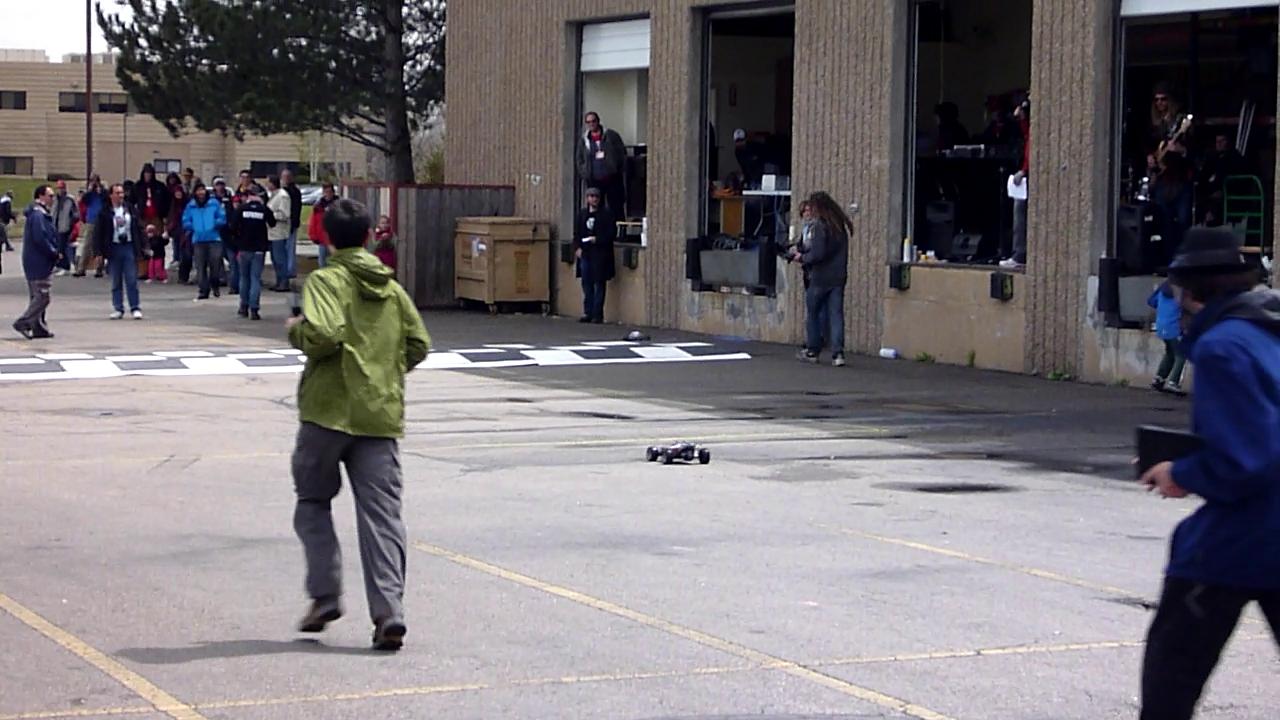 I ended up with 3rd place and $100, which is much better than I expected. Congratulations to Team Tobor and Team Minuteman, from what I've read, heard, and observed, they were both running very slick systems. Thanks to SparkFun for putting this competition on, I'll definitely be back next year!