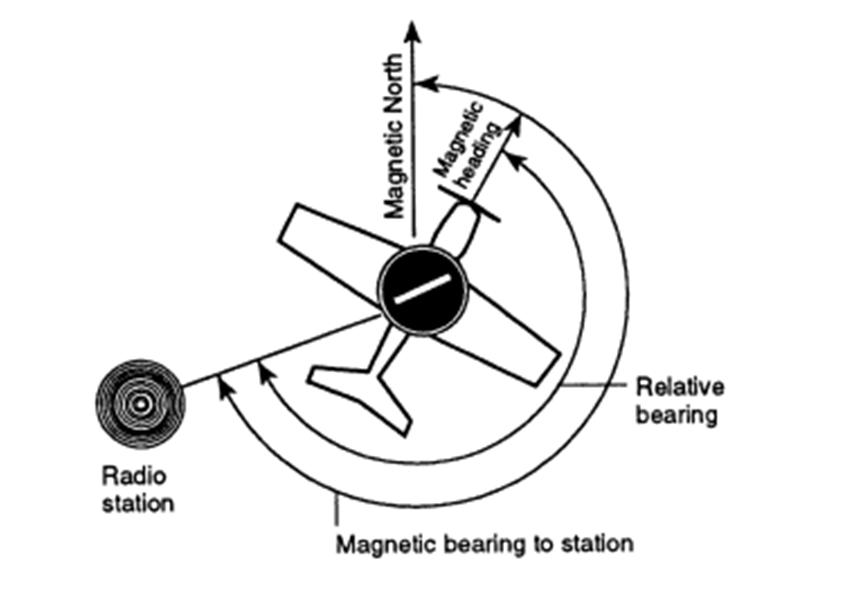 This diagram shows the difference between bearing, relative bearing and heading.......all in degrees magnetic.

Bearing is the angle in degrees (clockwise) between North and the direction to the destination or nav aid.

Relative bearing is the angle in degrees (clockwise) between the heading of the aircraft and the destination or nav aid.

Here's a link showing an aircraft on a heading of 350° with a relative bearing to the station of 145°.
The station's bearing is 135° from North based on where the aircraft is, but since the aircraft is heading 10° left or West of North, that angle must be added to 135°.

The aircraft would have to turn 145° to the right to be pointing at the station.
http://www.rvs.uni-bielefeld.de/publications/Reports/rose.gif