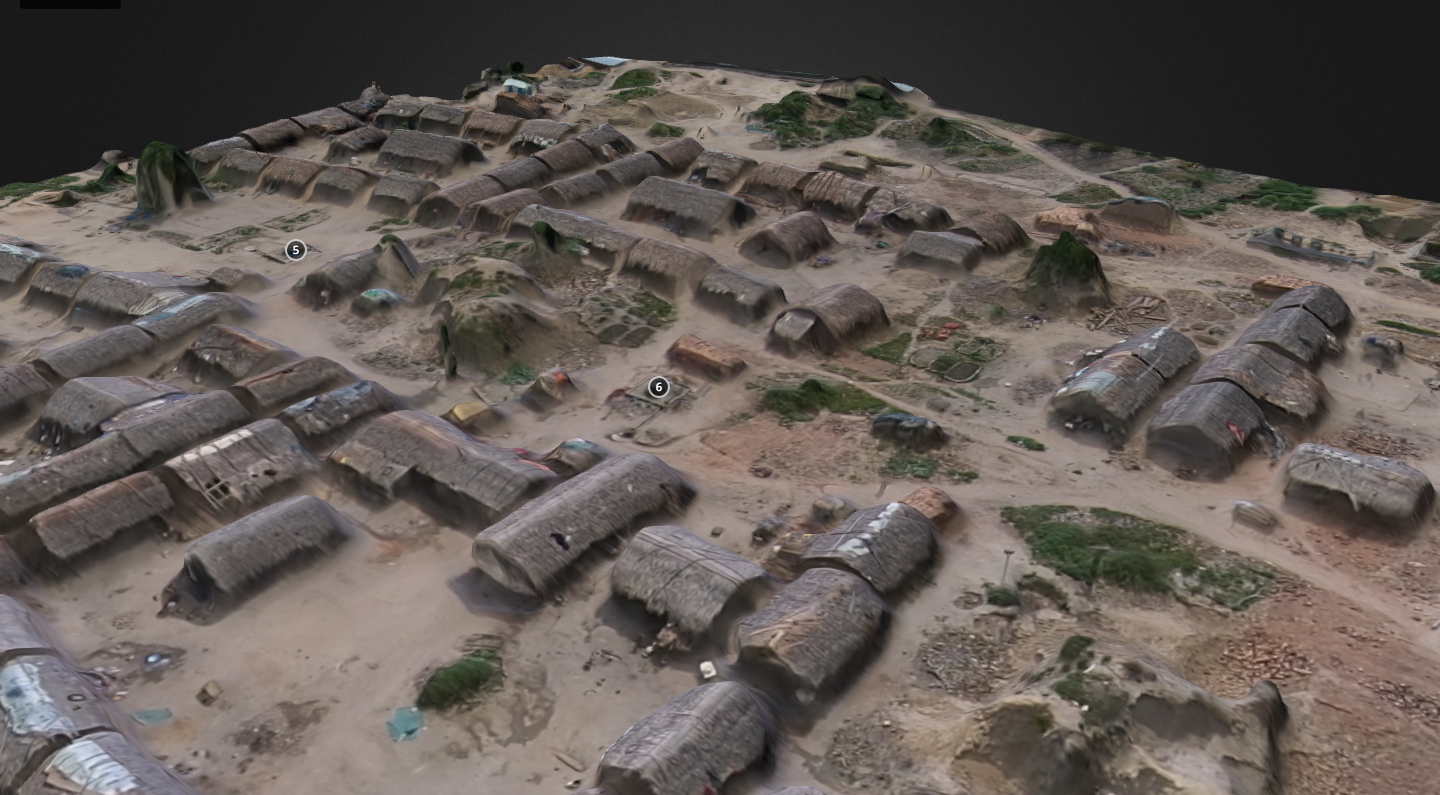 A colleague of mine just returned from overseas where he flew a UAV as part of an independent exploratory project. He did so with permission and also engaged directly with local communities in the process—as per the guidelines listed in theHumanitarian UAV Code of Conduct. He subsequently sent me this aerial video footage of a camp, which he recorded using a DJI Phantom 2 Vision+.

The analysis of aerial imagery for humanitarian & development purposes is an active area of research at UAViators. He thus kindly gave me permission to share this footage with colleague Matt Shroyer so that we could explore the possibility of creating a mosaic and 3D model from the video. Incidentally, the image below is the highest resolution and most recent satellite image available of the camp on Google Maps. As you can tell, the satellite image is very much out of date.

And here is the mosaic, which Matt kindly produced by taking hundreds of screenshots of the aerial video footage (click to enlarge):

We then explored the possibility of creating a 3D model of the camp using the screenshots and SketchFab. The results are displayed below (click to enlarge). The numbers are annotations we added to provide relevant information on the camp. Perhaps in the future we’ll be able to add photographs & videos (captured from hand-held cameras) and other types of data to the 3D model.

Click here to view the 3D model, fly-throughs, and more.