The whole idea of building a drone started on August 2012. Our original thought was to make a cool, pluggable and hackable hexagonal drone targeting customers including both ordinary people as X-sports fans and  pros as DIYers. And in order to demonstrate people how the technology of Computer Vision (short as CV) could be applied to our daily life, we decided to make it able to see and recognize a moving target then follow it so that  people can use it as an aerial self-filming kit particularly for X-sports fans.
Back then, Kickstarter allowed people to use conceptual designs and rendered videos to capture eyes of backers. So our strategy was to do a quick research and evaluation on the technical feasibility of making such a drone and our competence of delivering it if we successfully raise the fund with a rendered video.
The answer to that research and evaluation was positive. So we decided to make a quick prototype, shoot the video and then post the project on Kickstarter within 2 month, which means in original intention we planned to raise fund for HeX on Kickstarter at the middle of October,2012. And in the fears of funding goal not being met, we lowered our expectation to somewhere around 15,000 USD and were hoping the difference  between that number and the actual cost of developing a real one be capitalized by angels or VC.
So we made the first prototype out of some second-handed components like the X shape body frame and adopted the way of DIYing a flight control  from MWC. We brought a Panda board, which we hope is going to be customized and minimized in size in future as an airborne computer, to  test our tracking algorithm as well.

the first drone we made
However, approximately during the middle of September last year, we found we had to do more than what we had planned. Kickstarter introduced some regulatory policies in the answer of public questioning the integrity of its business model because some heavily funded projects were facing the allegation of deceiving people for money. Notable policies include project approval process and denial to rendered videos and pictures.
We didn't want to give up because of those new regulations. So we went on to have the second prototype built. We 3D printed the whole hexagonal body frame in a costy but high resolution-guaranteed way (the body frame costed us nearly 8,000 RMB). After finding there are still many flaws in the flight control we DIYed, we bought a more sophisticated one from the market to give the second prototype a stable performance. (We're pretty sure we can improve our flight control and make it as sophisticated as others people can find in the market. It's just not worth the time and money doing it now before the money we could raise).
We had been pretty sure that with the second prototype we could shoot a video and make an intro that could meet the cafeteria of Kickstarter. But things just didn't go well as we expected. The second one is a little heavy than we thought. The time it could fly is short around 5 to 10 minutes and people without any experience of flying a drone before will find it not that easy to control it. Small accidents happened almost every time we took it out to fly and shoot videos. More lethally, the 3D printed body frame is so fragile. After several times of fixing it with black duct tape, it finally broke into pieces in a terrible and deadly crash without fulfilling it destiny which was to help us have the intro video done. (I still remember the guy's face after he crashed it). The scene of crash
OK, this wasn't the way to do it. But what's the solution to make a drone not afraid of being crashed?
One is that the body frame needs to be crash-proofed. Two is that it's not crash-proofed but it is ridiculously cheap. But either way, we needed to find out how?
After weeks researching on the ways of manufacturing in mold choosing, shape forming, material choosing, we finally figured out a way: purchasing our own CNC router, 3D printer, laser cutter and glass fabric boards to build it. Because anything other than this is not affordable or incompetent in skill for us.
So we redesigned HeX making the hexagonal look able to be assembled by components that can be made  out of CNC router, 3d printer, laser cutter. And that's how we have built the third prototype. By doing so the cost of the body frame dropped dramatically to 5% of the its previous ancestor. And we can quickly and affordablly build several copies of HeX or spare parts. If it crashes again when we take it out for video shooting, no worries, we just fly another one or quickly replace its broken parts. We found our solution in personal manufacturing.
The whole process makes us realize we still want to take on the path of making a perfect drone but with a different approach. 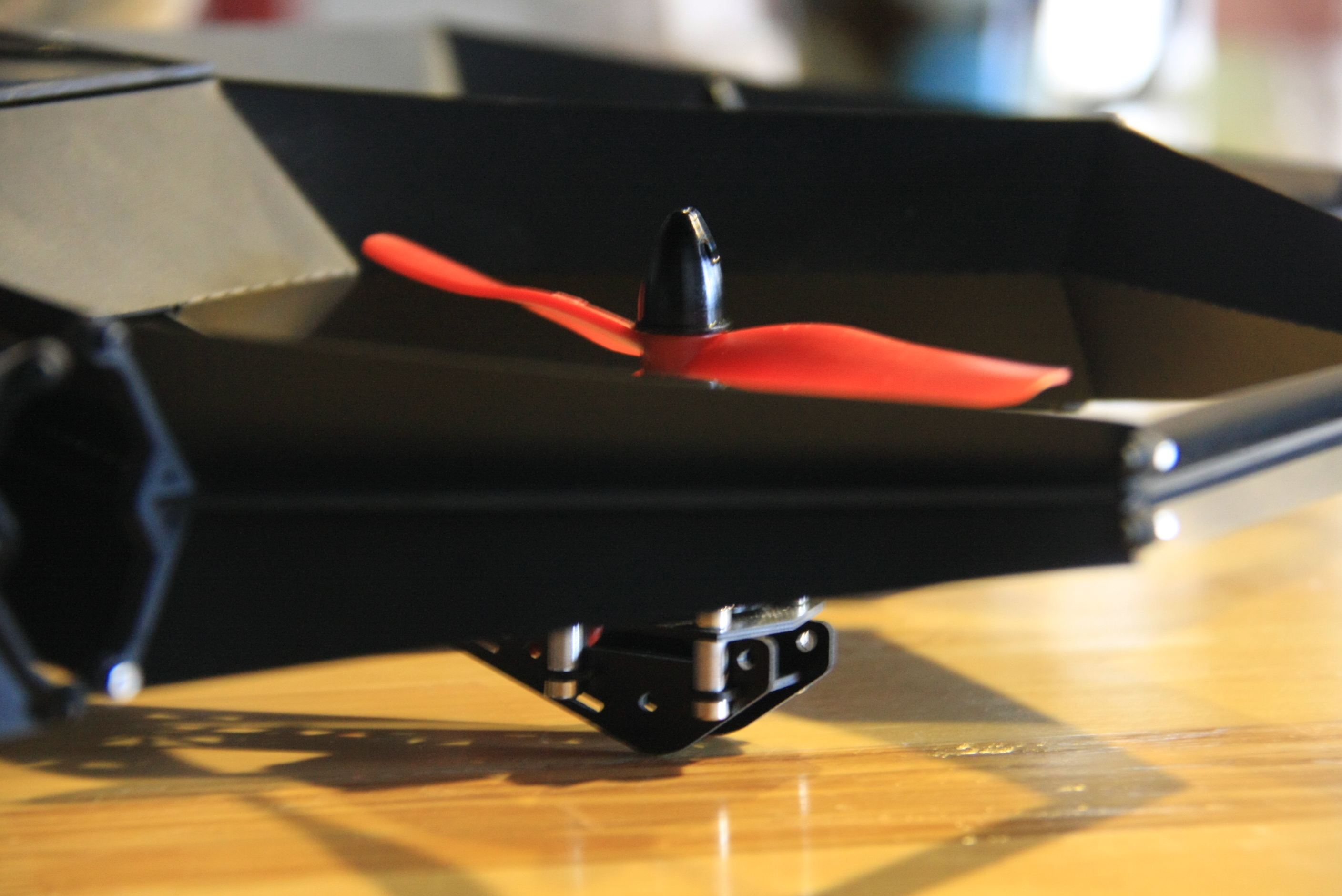