0
THE WAR ON ALUMINUM, MARCY 2 IDEAS

Mainly, going from something that flies to something worthless hoping to someday get something more efficient flying again. The fact is Marcy 1 didn't have enough lift to do what She needed to do. 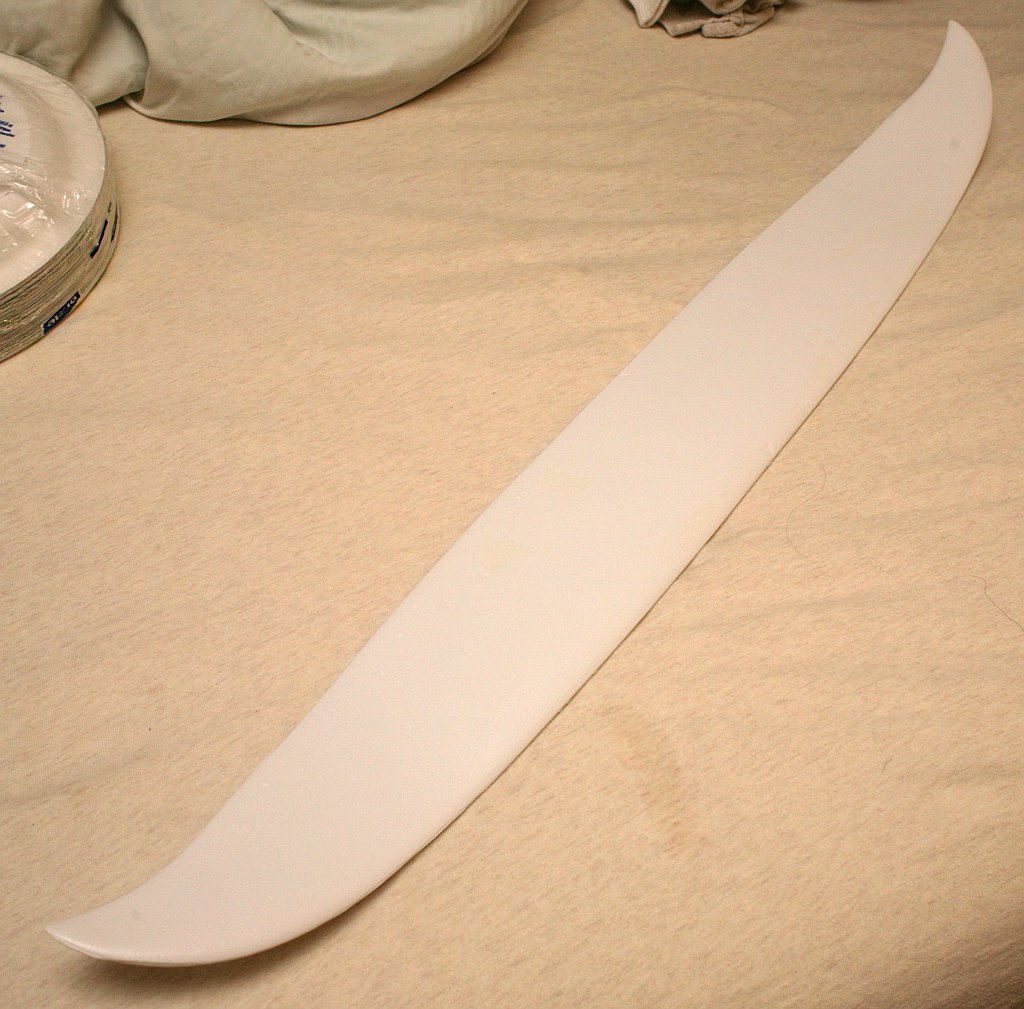 Got a wing from a discontinued glider to try to improve Marcy 1's efficiency. 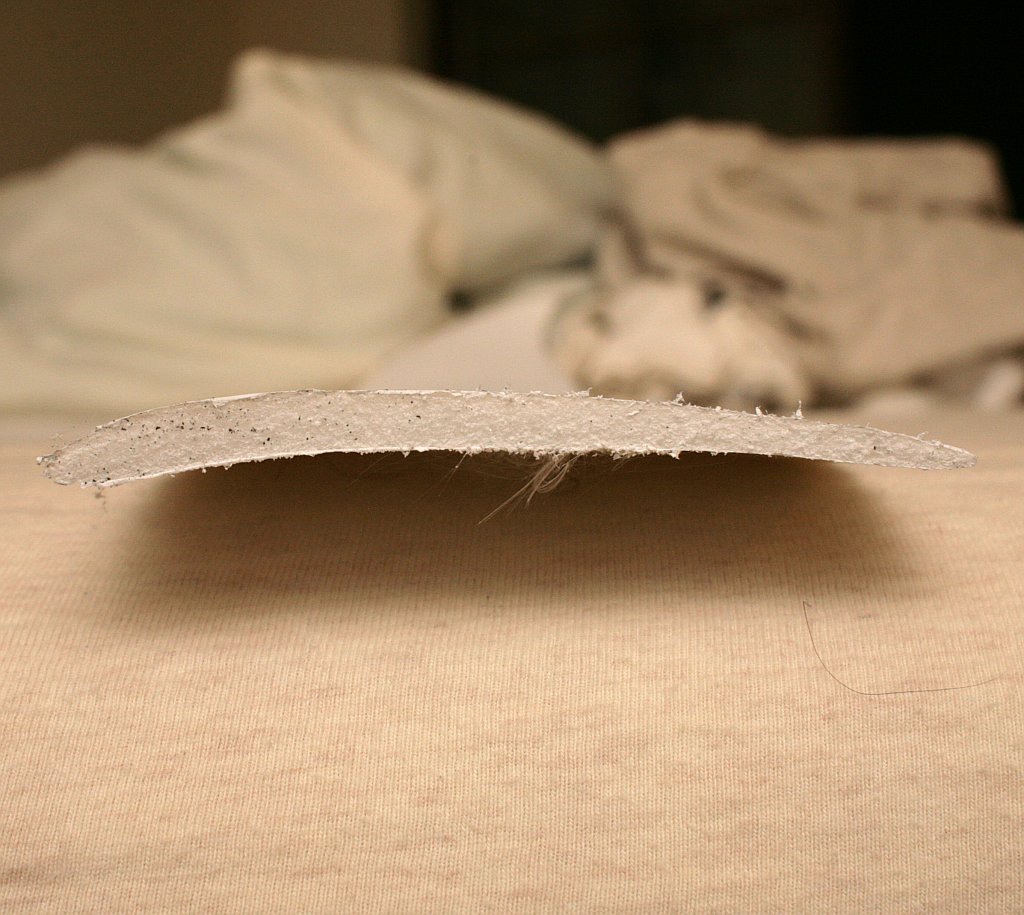 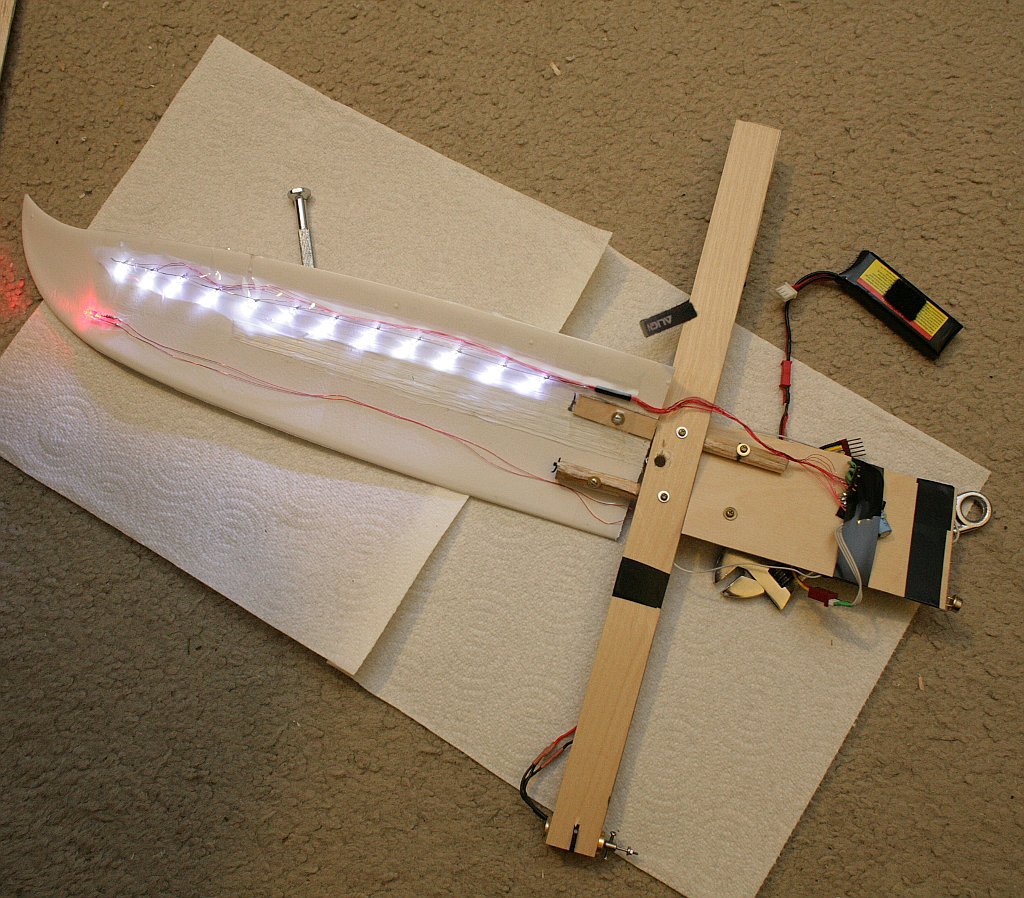 It looks horrible compared to the beveled sheet & it's heavier. Everything needs to grow to balance it. You need a bigger balance beam to counteract its moment of inertia. It has to be bolted. It has unnecessary winglets since we have full cyclic control. It takes full power to get off the ground & quickly falls back down. Went back to a glued balsa sheet but an enlarged balance beam. The best monocopter is completely glued even if every broken propeller & crash is a rebuild.

That got no meaningful improvement. The larger balance beam didn't improve attitude stability either. It's not loss of lift but loss of reserve power for translation. We as hover experts don't think she has enough attitude control to hover using sonar.

Also got rid of the inductor & relied on software instead. It's actually bearable with all the filtering required for attitude sensing.

The next step is a steeper angle of attack. Angle of attack changes require rebuilding the entire Marcy 1 but it's no worse than what goes into mocking up a human rated aircraft. 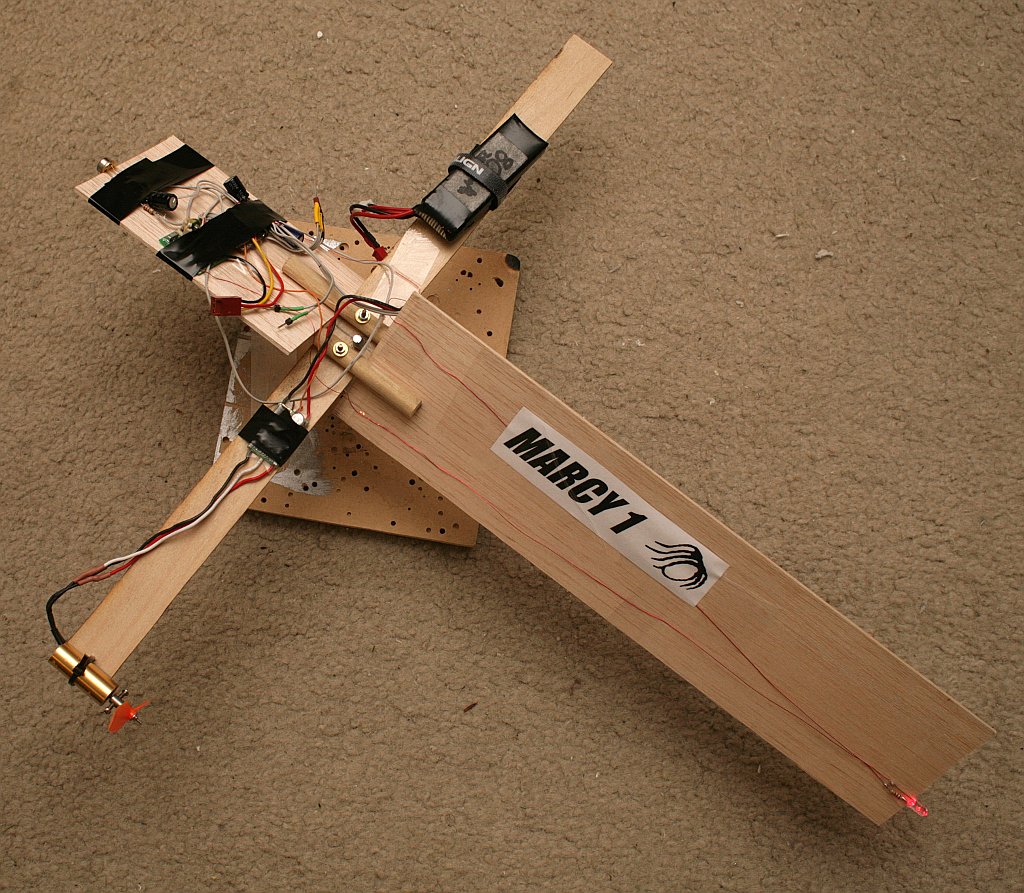 The steeper angle of attack was a disaster.

Despite your intentions of achieving fixed wing efficiency out of a rotary wing, a monocopter still gets most of its lift from just the outer part of the wing. People usually make it fatter on the outside or hang it on a long boom. Next comes longer wings. That did slightly better in the wind, climbing even with full cyclic, but we're out of calm weather until next month. Going longer means no indoor use, so next comes going wider. A wide 1/16" sheet might actually work. Undoubtedly going to require a longer balance beam to overcome pitch. This actually seemed to work well, but there's no such thing as a calm day in Calif* in April. Can get maybe 20 seconds before she's blown down the golf course.

THE WAR ON ALUMINUM

Next, the war on aluminum nuts continues. 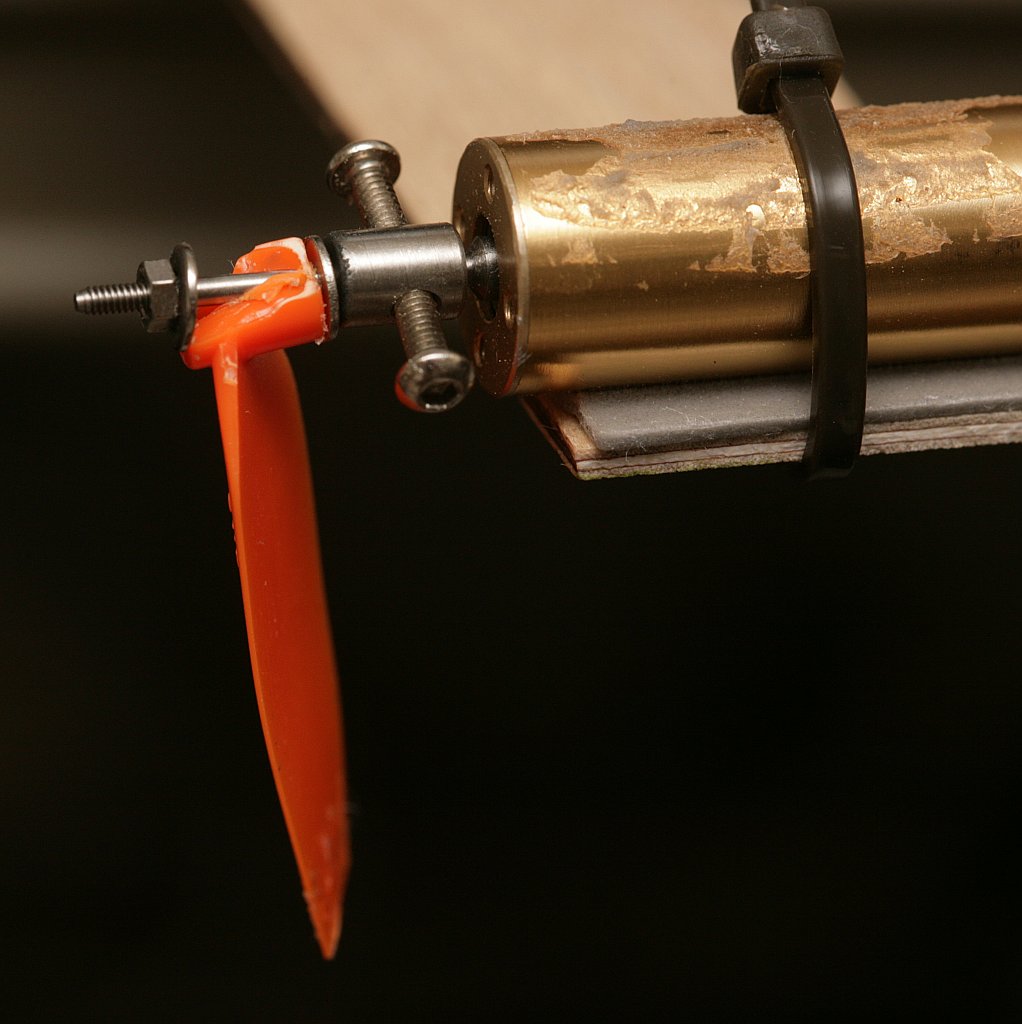 Any threadlock completely destroys the prop. Down to plumbing tape & just letting it strip. Been thinking of a long duration hover vehicle using 2 large monocopters bolted to a fuselage or a larger monocopter for outdoor use, but some people still get excited about tri rotors. Don't feel another tri rotor is advanced enough to call a Marcy vehicle.

It would need 3 batteries & 3 full duplex radio links to the ground. 2 would control the monocopters which would use beam cutoff sensors instead of magnetometers & no thermopiles. An IMU on the fuselage would detect attitude. They wouldn't need balance beams.

1st step is flying a big monocopter with a larger battery, motor & a dummy balance beam. That would prove longer flights were possible.


It's hard to justify the amount of work going into thermopiles if no future vehicle is going to use them. With the payload limitation & open space requirement, Marcy 1 is never going to do more than POV lighting at night. Monocopters can't bank enough to counteract wind because their magnetometers lock up.

When the weight of the monocopter is factored in, she doesn't get much more thrust out of the motor than a bare propeller. A bare propeller + flap would probably do better but couldn't do POV.

So it's heading back to the original plan of Marcy 2 as an indoor tri rotor & Marcy 3 as a VTOL Predator. Marcy 1 would be a toy for POV, maybe autonomous but more likely manual.