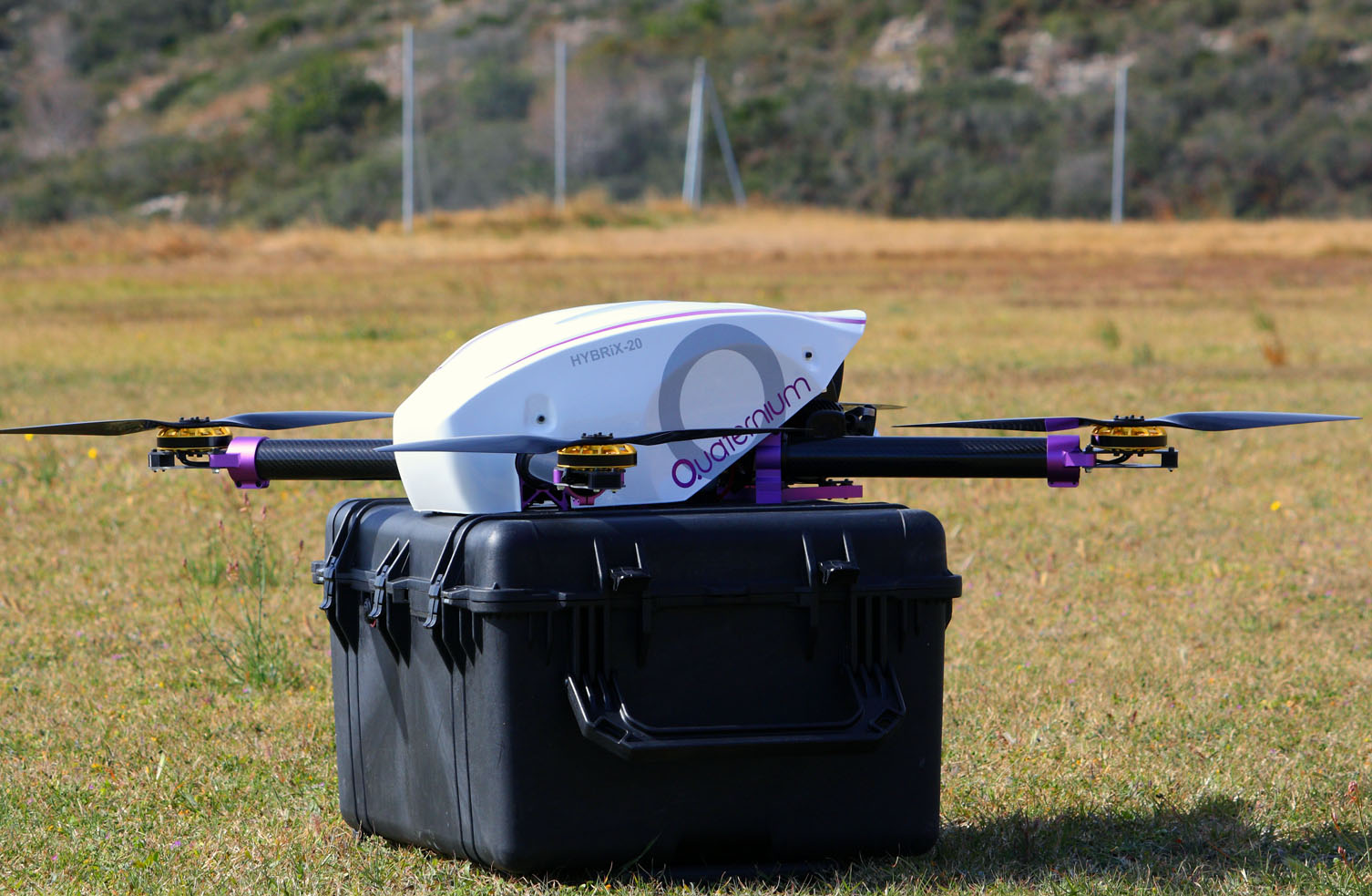 It's been a while since I published the last update about HYBRiX. We are very excited about how the development is evolving and more than happy with customers response.

For the past few weeks we have been working on finishing our MVP. it has a new look, new frame, more fuel tank capacity, quick release arms...

There are 2 versions, one  with 25 inch propellers and the other with 30 inch propellers. Some people seemed concerned about stability issues with big propellers, but I have to say that we are not detecting any issues and both configurations work really well.

In fact, last weeks we had very windy weather here and it is not a problem with Hybrix. It is very stable also with wind.

We are using Pixhawk as a flight controller and making it ruggedized! Aluminium enclosure and military connectors. It looks pretty awesome. We have done some RTL landings and automatic modes seem to run smoothly. We have solved all problems with vibrations.

Next step is to install a long-range system for 25km that we have been previously testing on Spidex and start carrying out some serious missions!