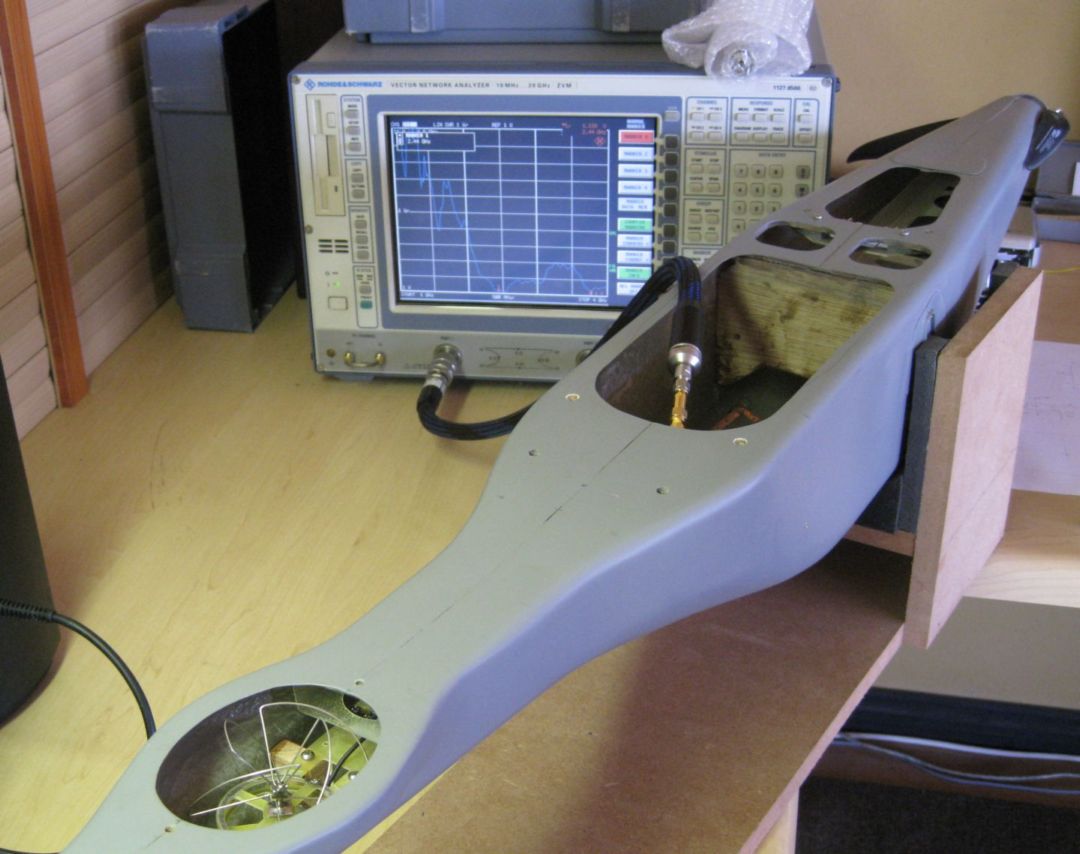 Also shown is a ground tracking antenna system. Two antenna are contained in the head - a multiturn 13dB gain helical antenna for the 2.4GHz video downlink, and a Diamond loop , over the ground plane, giving 8dB gain, for the 868MHz datalink. The antenna base contains a Lipo battery and fits onto a tripod. The base unit is then lined up with North, and the unit tracks the aircraft in flight using the A/C GPS position. Cable wind/unwind software is also implemented to allow the unit to unwind for example when flying circles around the GCS - this process follows a computed geometry to ensure minimum time pointed away from the A/C, and uses the aircraft flightplane to estimate the postion to slew to to start tracking again, if the link were lost.

We have just completed range tests, first with the aircraft mounted on a tall pole, on a high ridge in the desert here in Namibia. The aircraft was able to be rotated 360deg in azimuth and +- 25deg in elevation. Tests were conducted with the ground tracking antenna at 10km from the aircraft position.

Video was perfect picture with the aircraft at any azimuth or pitch angle ( combined) except for the Aircraft directly facing the ground antenna, at 0deg pitch - the A/C antenna is shielded by the avionics, the on-board IR gimballed IR camera, and the Lipo batteries. Tilting the A/C up or down 5 degrees brought the video back with perfect picture.

Datalink comms was constant with NO dropouts at 25mw bothe ends, regardless of the A/C attitude and azimuth heading. The aircraft was also fitted with 2.4meter carbon fibre covered wings - 315mm chord, and a carbon V tail ( very similar to my mk-I SurVoyeur A/C , only greater wings span and carbon wings.- see the SurVoyeur blogs..)

The Datalink antenna consists of two rings, spaced apart, and is a Slot Antenna, ie, the radiation takes place from the slot formed between the two rings. It is a narrow band antenna- not more than 20MHz bandwith for 1.3:1 SWR - at center frequency it is 1.05:1 SWR.  The first rings were done in copper wire to determine the antenna factors, and then a PCB version made on the router, at various sizes, to determine the size reduction factors due to the PCB dielectric constant. 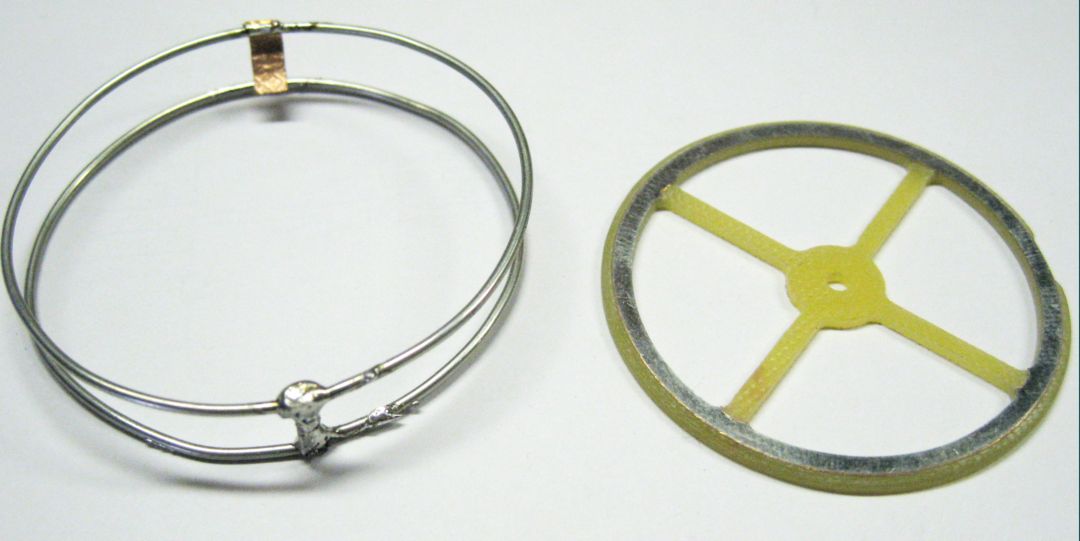 An Integrated model was then machined on the router - this module consists of the antena rings and is fitted with the xBee datalink module and serial interface electronics.

This module is later fitted with the Skew Planar Wheel 2.4GHz antenna, and with the video TX module. 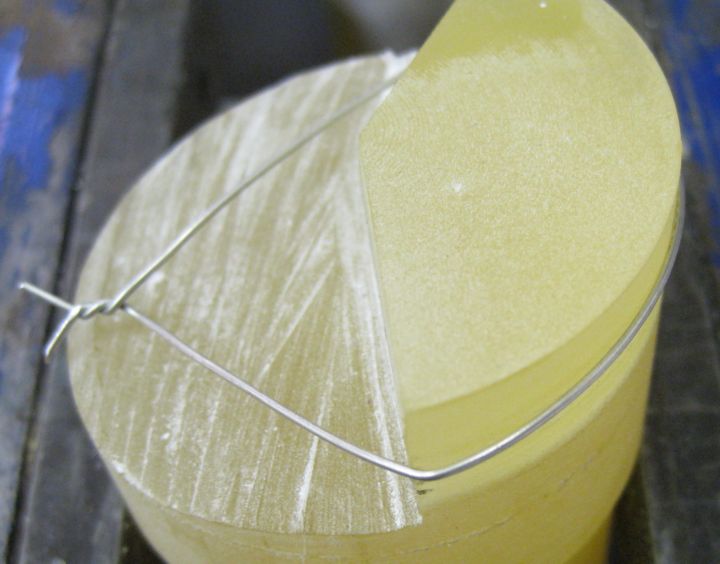 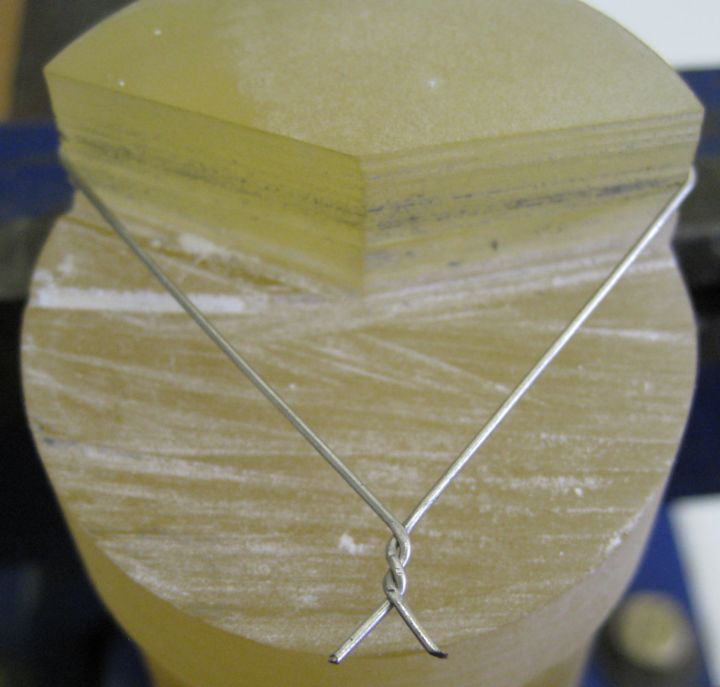 Wires Stretched and removed from jig 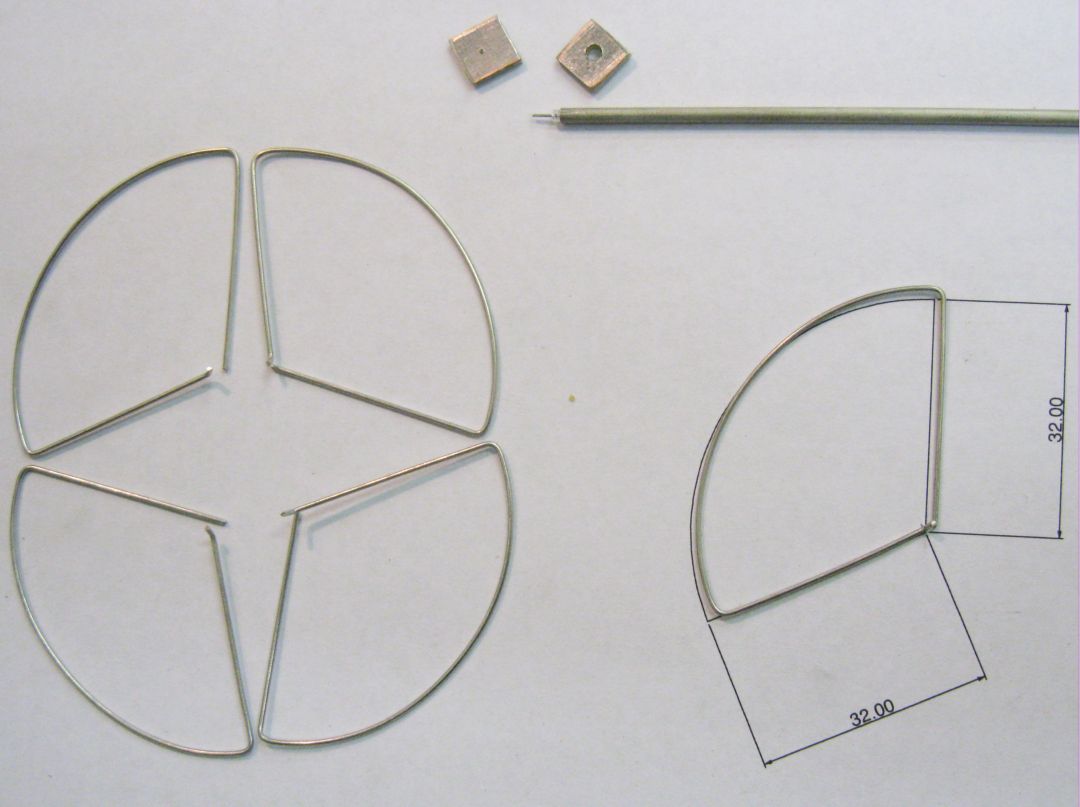 Coax End pieces about to be fitted 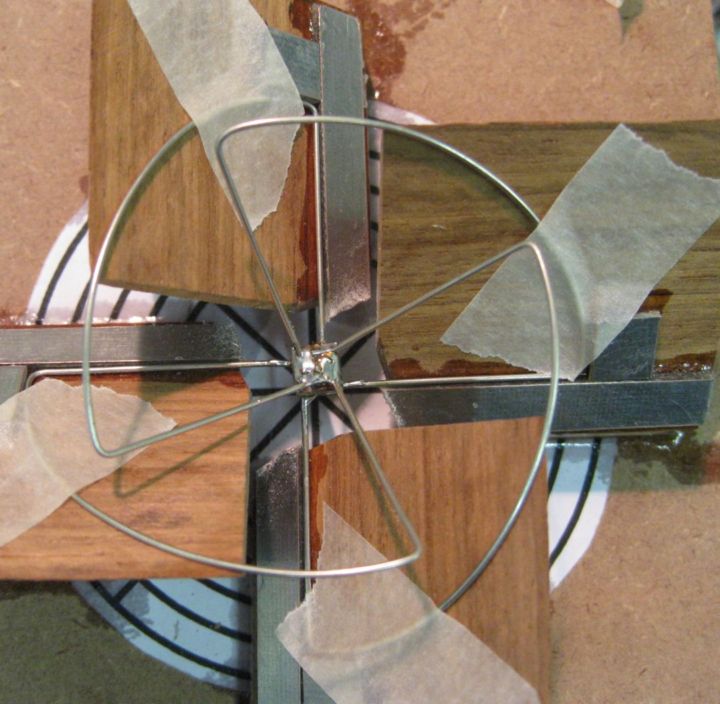 The 2.4GHz antenna is then fitted to the 868MHz module: 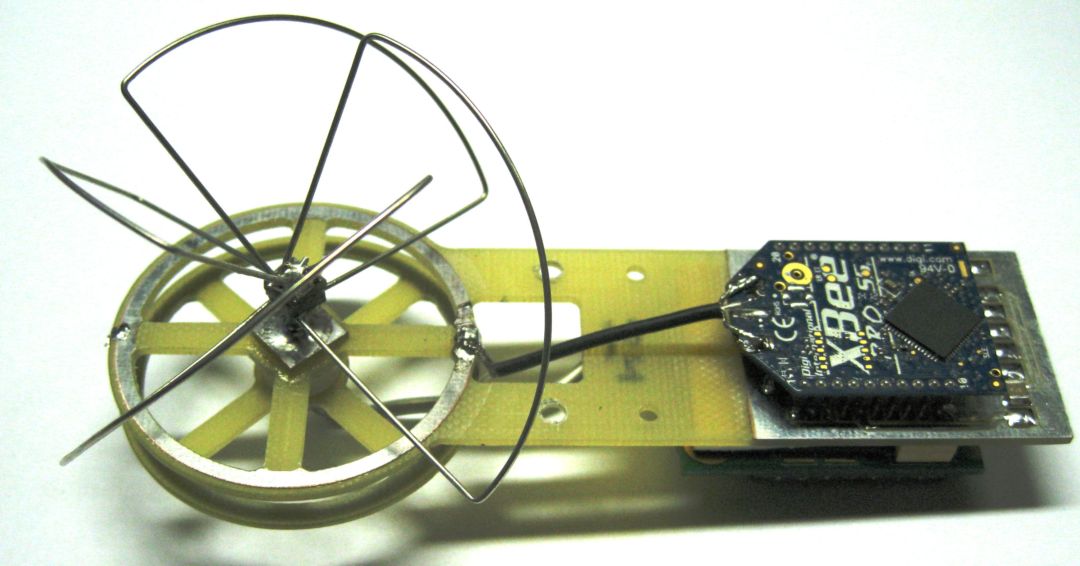 The Video Transmitter is fitted on the underside:

This assembly is then fitted into the antenna bay of the composite fuselage: 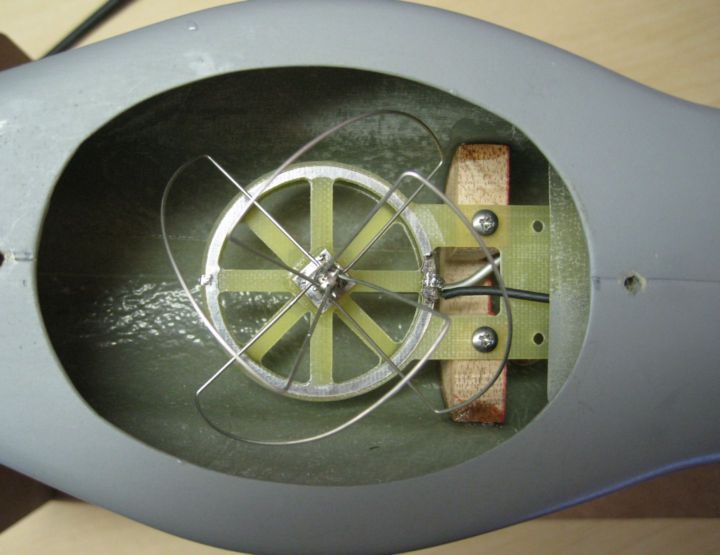 SWR measurements were taken in-situ to determine any de-tuning: 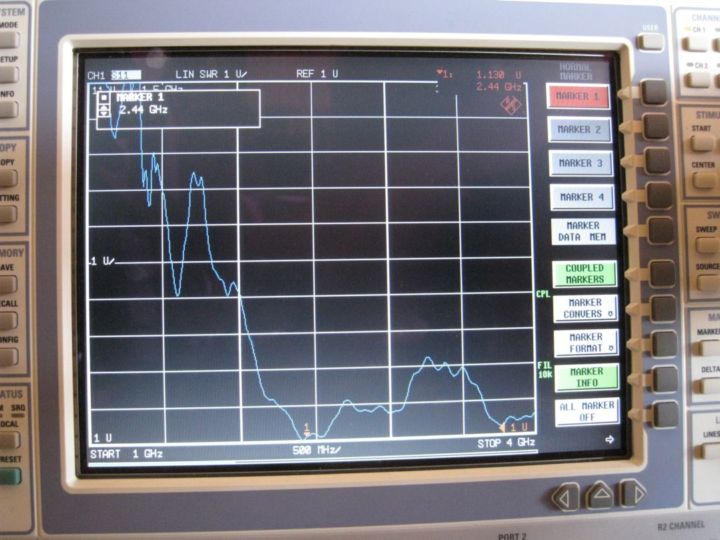 This Consists of a base unit containing the Lipo Battery, the drive electronics, an azimuth servo drive and feedback mechanical system and a yoke carrying the antenna head. The antenna head contains the 2.4GHz helical antenna, the 868MHz datalink Diamond loop antenna, the Video receiver, the xBee datalink tranceiver, and the elevation servo with position feedback. 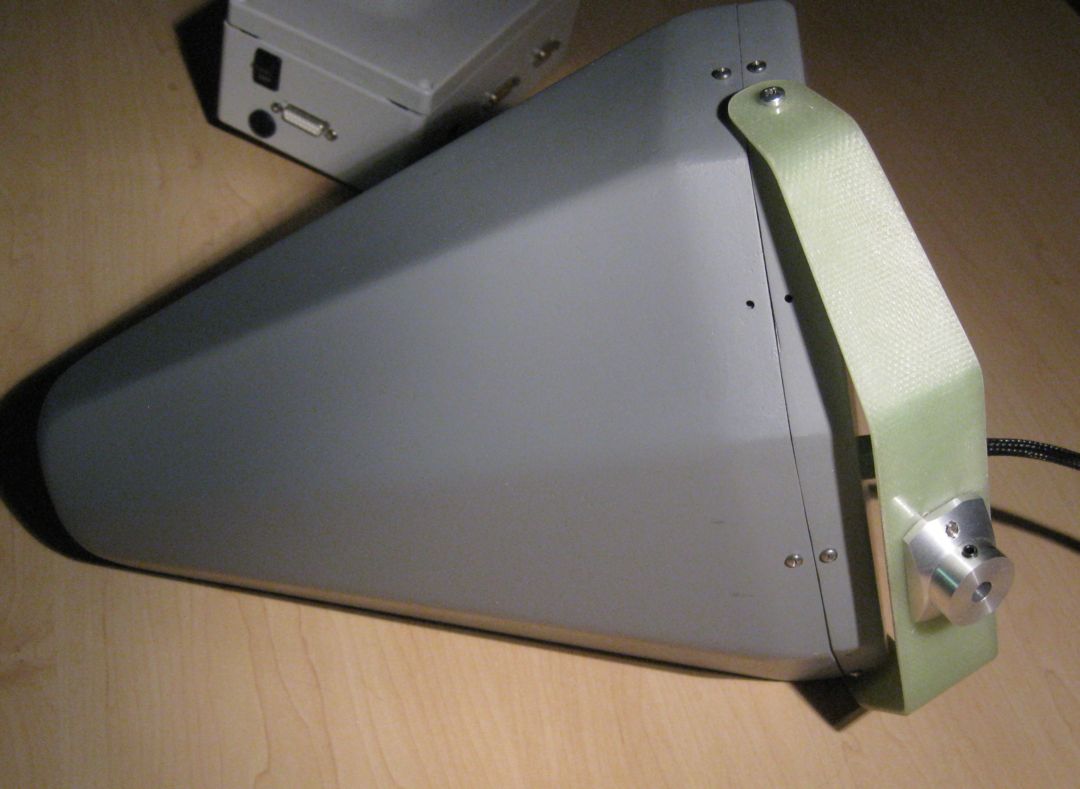 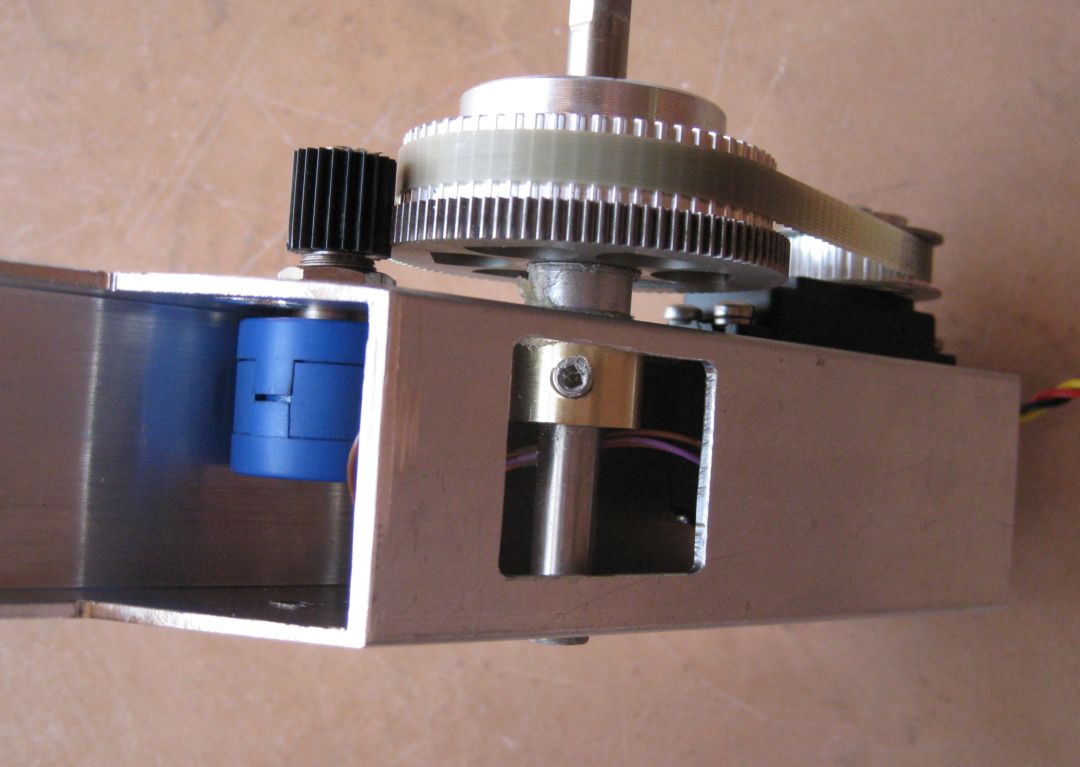 The Helical and Diamond antenna in the head unit. 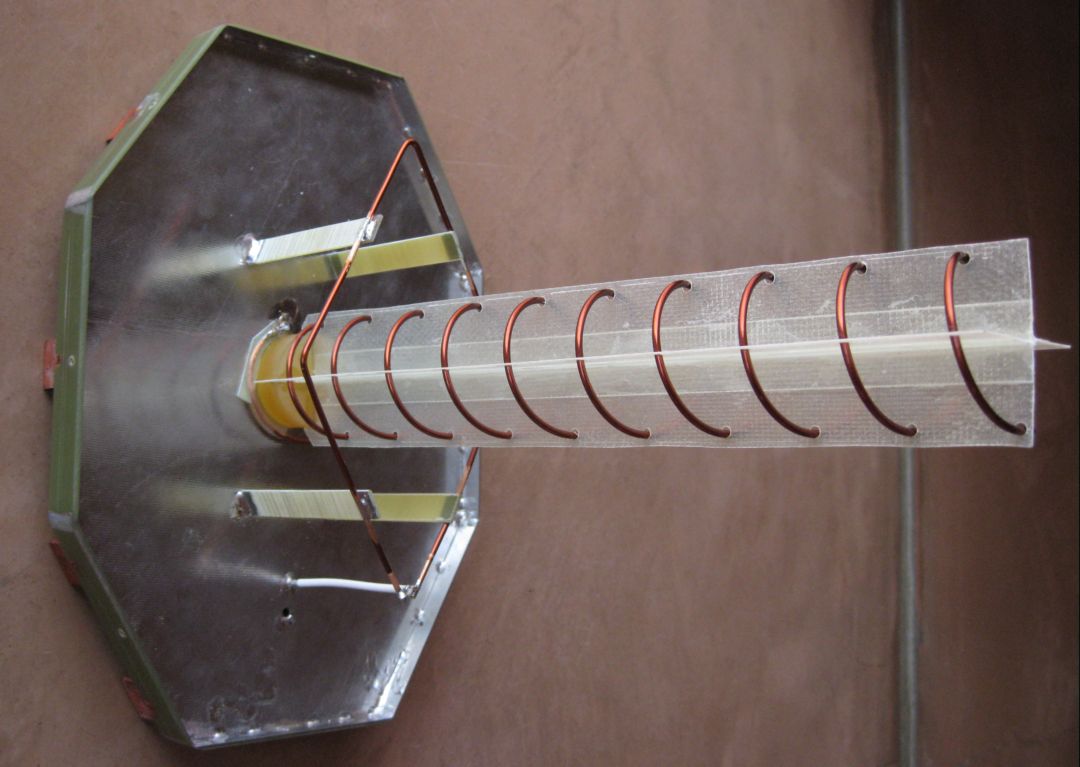 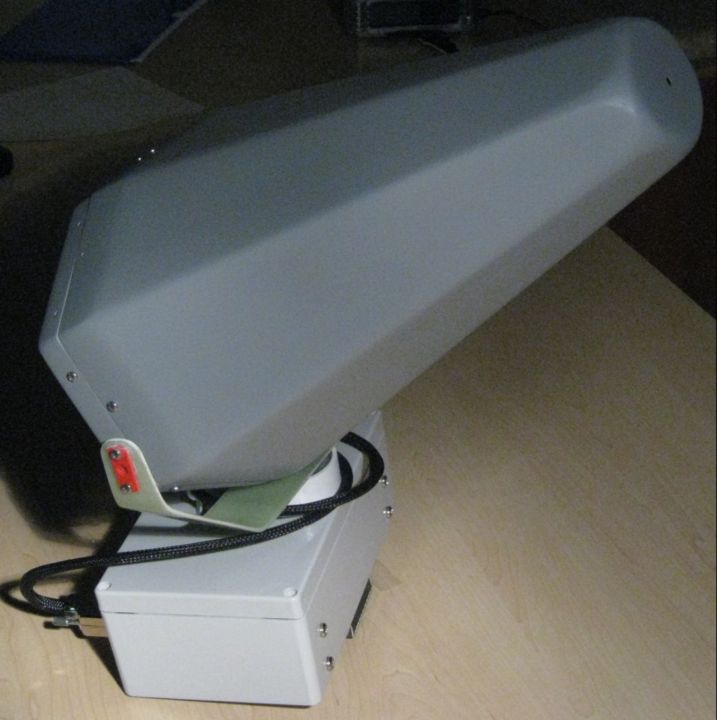 We then flew a max range test to see what a typicall max range might be - Video was lost at 39km, and datalink was still error free with 200milliwats at that range...Video was 'snow free' ( P4 signal) at 32km.