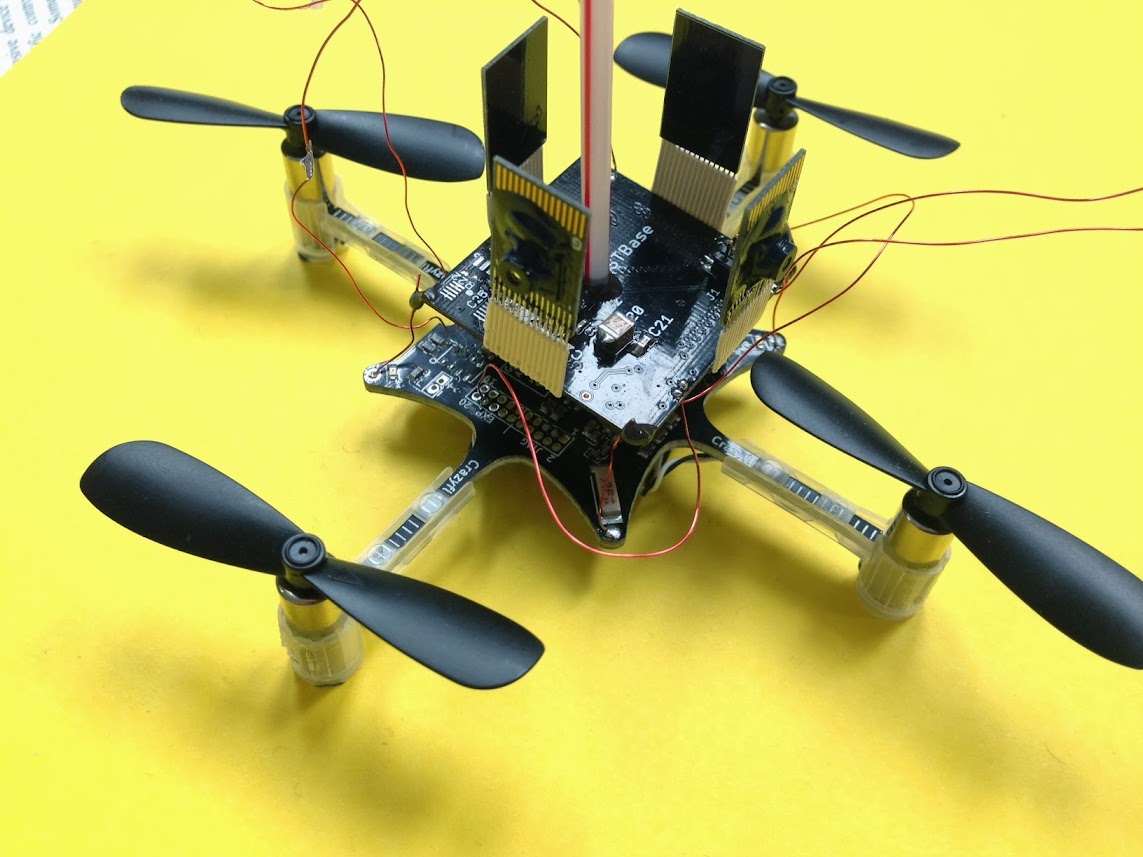 I've been working on adding visual stabilization to a Crazyflie nano quadrotor. I had two goals- First is to achieve the same type of hover that we demonstrated several years ago on an eFlite 'mCX. Second is to do so in extremely low light levels including in the dark, borrowing inspiration from biology. We are finally getting some decent flights.

Above is a picture of our sensor module on a Crazyflie. The Crazyflie is really quite small- the four motors form a square about 6cm on a side. The folks at Bitcraze did a fantastic job assembling a virtual machine environment that makes it easy to modify and update the Crazyflie's firmware. Our sensor module comprises four camera boards (using an experimental low-light chip) connected to a main board with an STM32F4 ARM running. These cameras basically grab optical flow type information from the horizontal plane and then estimate motion based on global optical flow patterns. These global optical flow patterns are actually inspired from similar ones identified in fly visual systems.The result is a system that allows a pilot to maneuver the Crazyflie using control sticks, and then will hover in one location when the control sticks are released.

There is still some drift, especially in the darker environments. I've identified a noise issue on the sensor module PCB, and already have a new PCB in fab that should clean things up.