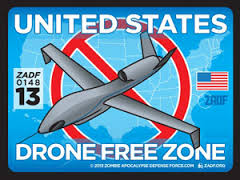 The Democrat Private citizen DRONE BAN House Bill 2178 is being presented at the House Committee on Technology and Economic Development on thursday morning at 8 AM.


And supported by Rep. Dawn Morrell 25th district, so tell her what you think.

https://app.leg.wa.gov/pbc/memberEmail/25/1
E-mail me when people leave their comments –
Follow