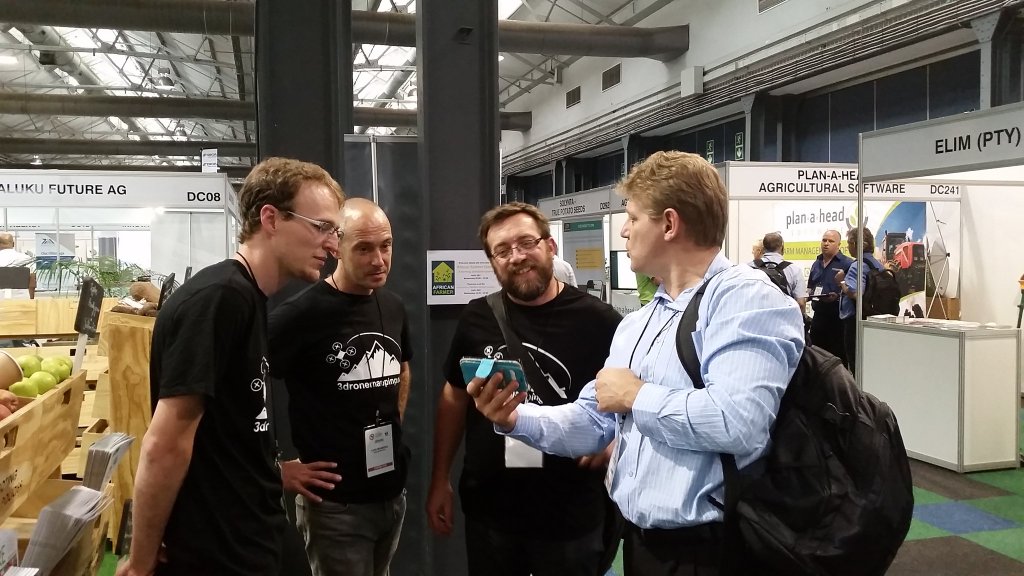 I spoke at a the Global Forum for Innovations in Agriculture, Durban yesterday and 3 out of 4 projects presented, from South Africa, Kenya and Namibia used Ardupilot and either Pixhawks or APM.

The only project that didn't was funded by Bill and Melinda Gates. There were zero white multirotors involved in the making of the presentations.

The ability to flight plan and ease of use of Mission Planner was evident as images of it kept popping up in slides. I should not be but still am astounded that folks only fly auto missions and cannot fly manually.

I made sure to mention DIYD of course when it was my turn and let the audience know where to come to roll their own platforms. Sadly I drew the short straw and was talking regs so could not show the cool stuff.

So well done development team, I felt almost parent like pride whilst doing none of the hard work!

The efforts of people writing code all over the world are making a difference to food production and research in Africa. I was most struck with the pride of one group who have even 3D printed a frame and are able to mass produce airframes for their needs. Empowered if you will by the opensource community at large.

We sort of operate in a bubble here not seeing enough of the end product. People rush in get their help when required and rush off again. If you are doing something cool with Ardupilot, do us a favour and write a few lines on DIYD and tell us!

It feels like a long way from 2007, what ifs and could we now seem to be reality.

In the image Etienne Labuschagne of ESRI and I are sharing crash videos ;-) While Luke and Chris from a local survey company watch on.