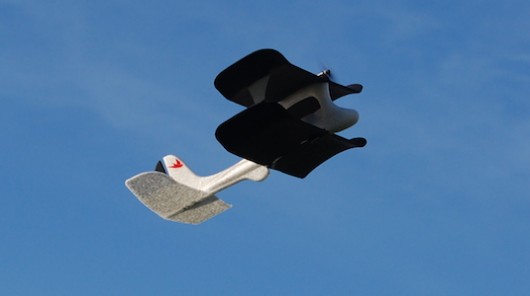 Here is a close-up of the lightweight plane: