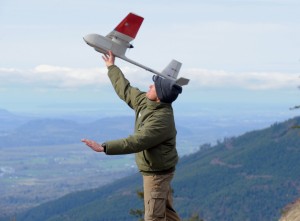 The bald eagle, the yellow warbler and the peregrine falcon have been joined in the skies above Yosemite National Park by a noisy newcomer: the drone.

The National Park Service issued a statement Friday reminding visitors that federal regulations actually ban the use of unmanned aircraft within the park's boundaries.

Yet that hasn't stopped drone sightings from becoming a nearly daily occurrence in one of the nation's most venerated national parks in recent years, said Scott Gediman, a park ranger for nearly two decades.

"There has been an increasing use of the drones just because they are more prevalent on the market," he said, adding, "It's a new toy."

The drones can often be seen buzzing loudly near waterfalls, above meadows or over treetops as guests use them to capture otherwise impossible-to-get photographs of the breathtaking landscape.

"Most if not all of the people using these are simply unaware that they're illegal," Gediman told The Associated Press.

One problem with the devices is that they can be distracting for personnel during emergency rescue operations, according to the Park Service.

Another issue is that they make lots of noise, putting a potential damper on the park experience for visitors.

"It takes away from the soundscape and the beauty of the park," Gediman said.

The remote-operated aircraft can also interfere with sensitive wildlife, such as peregrine falcons, which nest on cliff walls.

As rangers gear up for an increase in visitors during the summer, Gediman said he hopes Friday's announcement — along with similar advisories on Facebook and Twitter — will encourage people to leave their drones at home.