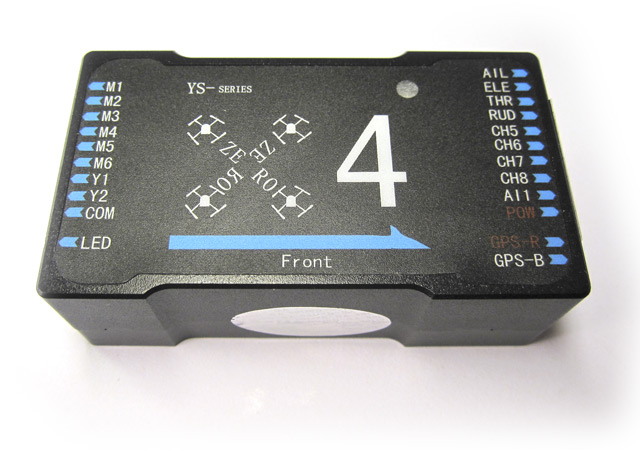 So no completely trusting that Santa had gotten the message, I made sure that there at least was one present under the tree that I would like.

The YS-X4 is the latest multi-rotor autopilot from ZeroUAV, and their entry into the relatively low priced hobby segment. Since this blog will be a hardware teardown, I will not go into details about performance and features. More information can be found in detail at the official site or in the RCGroups thread.

So having opened my present (Ooh!! A YS-X4!!! Just what I wanted!! How did I know!?), I was curious just how a hobby grade autopilot made by a serious industrial UAV company would be designed. So naturally dismantling the autopilot unit seemed like the sensible thing to do.

The main components in the package are (top, left to right):

GPS unit, status LED, autopilot, WiFI unit , USB interface and power supply module. And then there is the usual assortment of servo wires, GPS standoff mount and such. 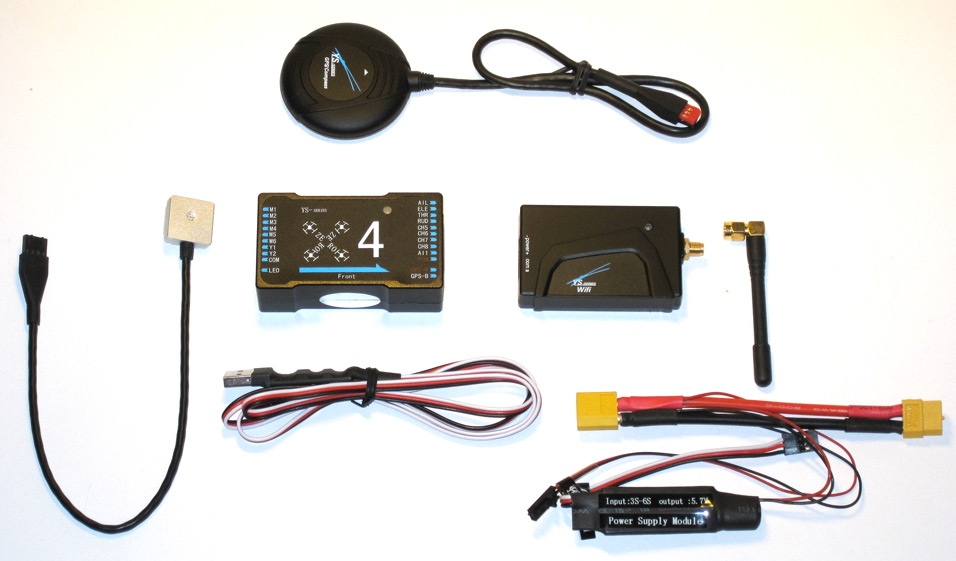 First let's start by physically comparing the YS-X4 autopilot with the APM 2.5 (from the first batch, so there is no casing).

The YS-X4 autopilot unit is a solid block of machined, anodized aluminum with horizontal connectors and weighs 106 grams. Slightly longer and wider then the APM, and at least twice as high. So obviously it will require a bit more space to install. But the thing is very solid. Feels like you could clobber someone to death, and not even get a reboot. Very good first impression.

Opening up the casing, I was surprised how little unused space there is. Clearly they have made the casing as compact as possible, with the electronics they wanted to use. 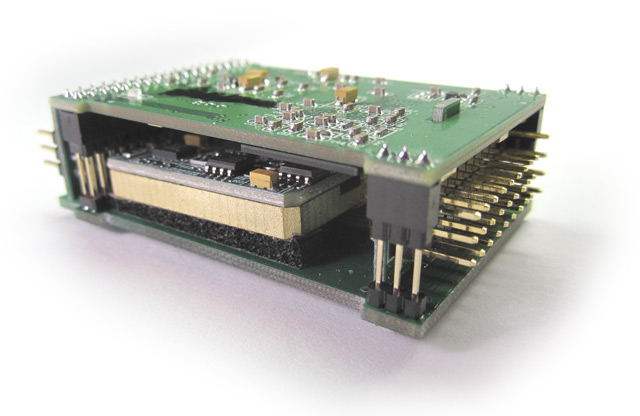 The system is a two board stack with the IMU unit and connectors at the bottom (left picture), and processor unit at the top (right picture). 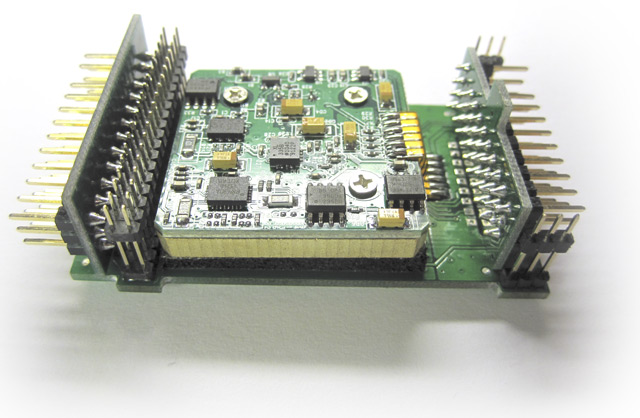 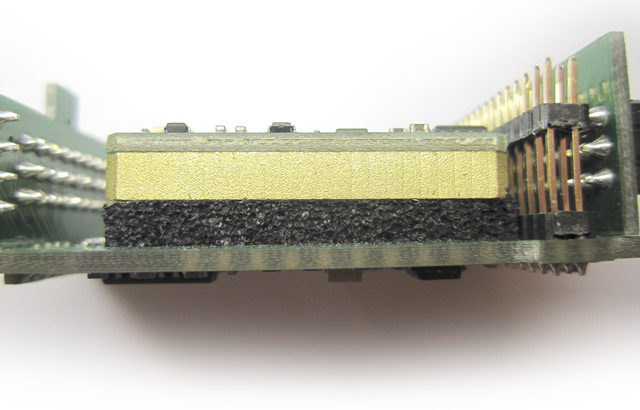 The IMU unit in particular is very impressive with sensors built inside a solid piece of metal to ensure rigidity, and then mounted using internal vibration dampening. A black piece of foam on the processing board, is there so that it presses down on the IMU unit when the boards are stacked together. I decided to leave the IMU unit alone. At least until I have had a chance to fly the system once or twice. But judging by the rest of the system, I would not be surprised to find well known reputable sensors from Analog Devices and Freescale. Just like in the professional YS-X6 version (ADXRS620, ADXL203, MPXH6115A). 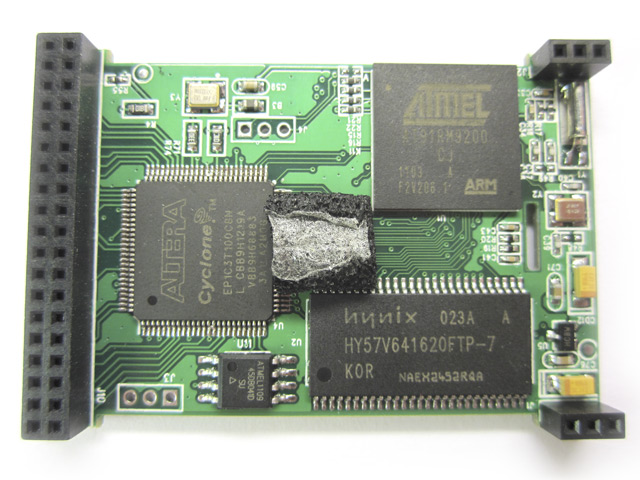 The processor board on top of the stack has two chips of interest.

I can only speculate but my guess would be that the FPGA is used for radio inputs and motor output PWM's, and perhaps some of the more intensive sensor fusion maths.

The ARM CPU then handles the rest of the programmable logic as needed.

This is the exact same components found in the professional YS-X6 version. In other words a dedicated system with component selected that best suite the task. Considering this is a hobby range product, I am very impressed by the components used.

So in conclusion, the ZeroUAV YS-X4 seem to use more or less the exact same components found in the more expensive YS-X6 version. As such it is logical to assume the most of the programming used is also the same. So performance should be close if not identical to the $1000+ professional YS-X6. Most feature limitations (like only 6 motor outputs if you want to use a camera gimbal) are there to segment the two products in the marked. Considering the price ($450 - $640 depending on software options), this is impressive. Sure, nowhere near the price of the 3DRobotics APM, but then again the YS-X4 has MUCH more impressive hardware and ZeroUAV doesn't get most the software developed for free.