This key features of this release are changed in the MPU6000 filtering, and several bug fixes (including HIL fixes).

The MPU6000 filtering changes are perhaps the most significant. We previously samples the MPU6000 at 200Hz and set an internal filter of 98Hz. The ArduPlane code then averaged over 4 samples to get a 50Hz update to DCM. Here is a graph of the accelerometer readings on my HotDog with the old code: 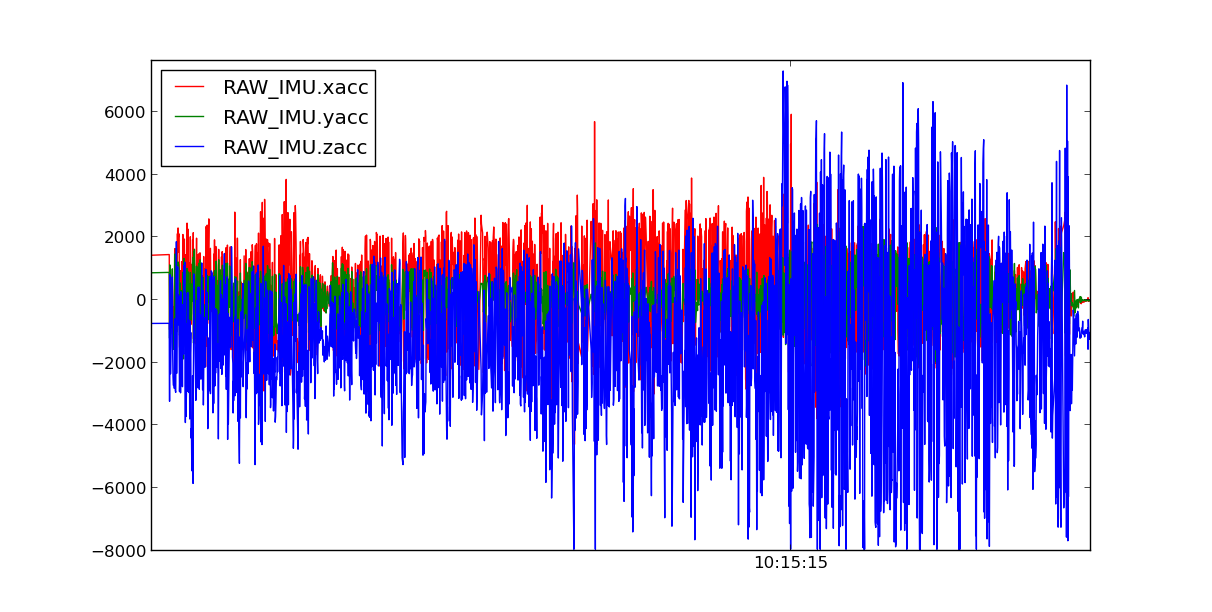 this is rather extreme, as I've setup my HotDog with the APM2 directly touching the fuselage close to the nitro engine. I wanted it to vibrate a lot to test the filtering, and it sure does! A value of 1000 on that graph is 1g, so we're seeing vibrational noise of about 6g in this plane.

I now fly my HotDog with INS_MPU6K_FILTER set to 10, which applies a 10Hz filter inside the MPU6000. We also run the MPU6000 at a sample rate of 50Hz, which means no averaging needed in the APM code. Here is a graph of the accelerometer readings now:

quite a difference! The deviations are now real (from me flying loops and rolls) and not just dominated by noise.

It actually flew OK with the previous code, as the DCM code is quite noise robust these days, but I do prefer making DCM work less hard, and it will help it to reduce aliasing and recover from attitude errors faster.

You can see graphs of other filter settings and also of the gyros for the same plane here. I think the default of 20Hz will be the best for most planes, but if you have a lot of vibration you can try 10Hz, like I now use for the HotDog.

First Previous of 3 Next
This reply was deleted.
Loading ...