I am coming from the world of quads and traditional helicopters, I fly a few DIY quads, a phantom 3 and a Align 550L Dominator for fun and I decided to give fixed wing FPV a try. This is my first fixed wing build, but I have experience on other platforms which should help. For this build I will be using the SkyHunter 1800mm by Origin Hobby. I chose this aircraft because of its good reviews and large cargo capacity. One of the nice things about the Origin Hobby SkyHunter is that is comes mostly assembled and painted. My current ArduPilot configuration has the ailerons setup as elevons (channels 1 and 2 to ailerons) and the elevator on channel 5 (RC_MAP elevator) with channel 5 and channel 2 transmitting out of the RC transmitter with elevator control. I may switch to a Y-cable for the ailerons if I decide to switch to PX4_pro since I can't seem to find support  for elevons or RC channel mapping in PX4 Pro. PX4 might also be out because it seems that there is a strict requirement for a airspeed sensor. For my build I will be using the following components:

I do not currently have an airspeed sensor

I will put some completed assembly pictures below.

I had originally has na OS motors 2820-900kv motor, it was an utter failure, the motor burned up after about 30 seconds and never had enough thrust to take off. The replacement NTM PropDrive 3542-900kv is a great performer, it has ample power and reserve. I would estimate that I could make level causing flight with about 35% throttle. One issue I had was the canopy, which came off early in the flight, the damage on the canopy in the pictures was from prop strikes as the canopy flew off. I suggest using velcro on the canopy rather than relying on the magnetic strip that the plane comes with, lesson learned. I had good flight control with 35 to 40 throttle. Otherwise the overall impression of the plane was good.

The RFD900x performed beautifully for both telemetry and RC control. There was no noticeable lag on part of the RC control link. The diversity antennas can be seen in the rear of the fuselage. I may have to move them thought, because they cause the servos to jitter if the TX power is set higher than 20 db when using analog servos, this may have improved since switching to digital servos though. The telemetry signal remained throughout the flight although I didn't take the plane out very far because of the canopy mishap.

A copy of my ArduPilot parameters are attached. 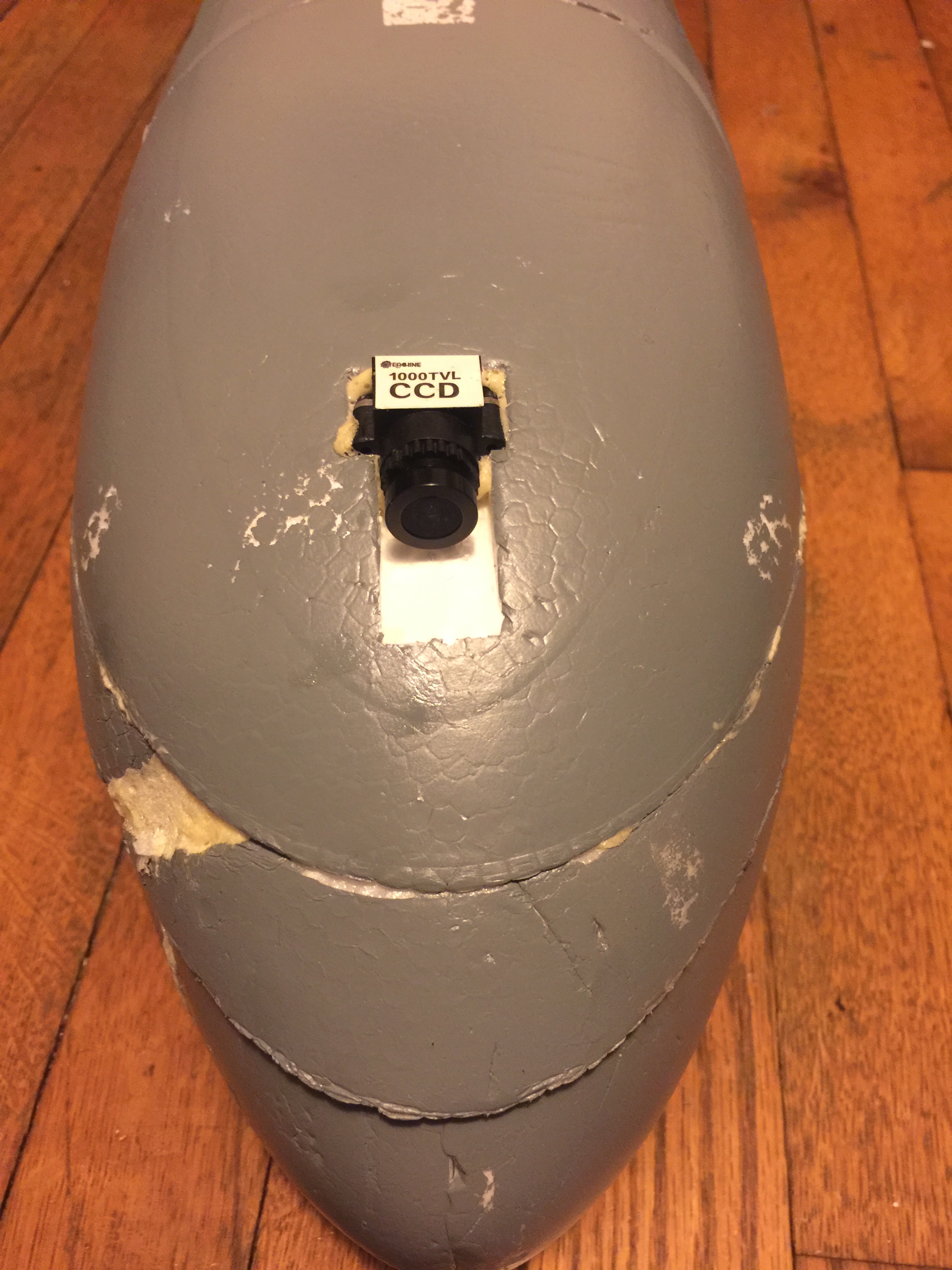 Velcro on canopy, much better. 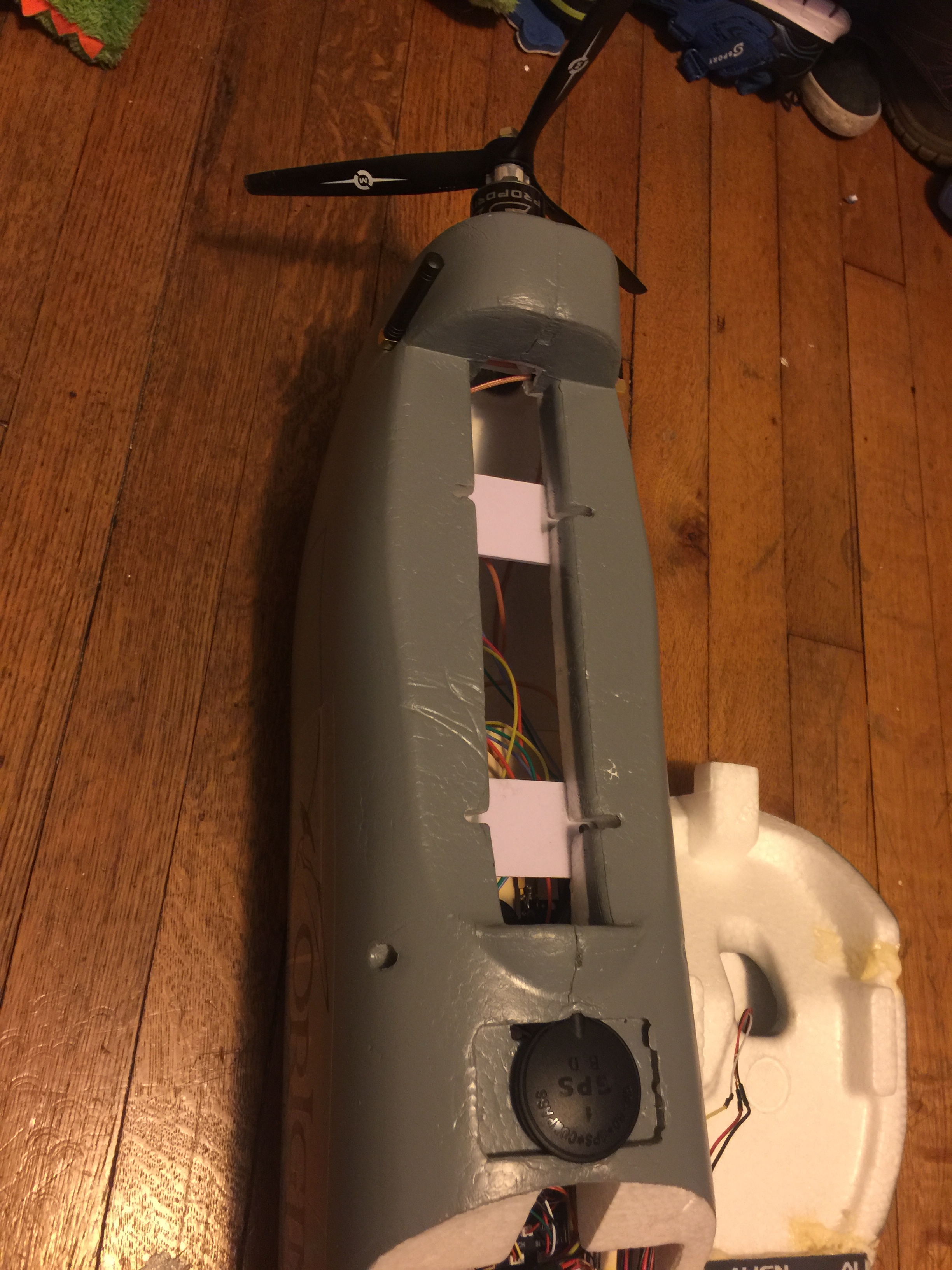 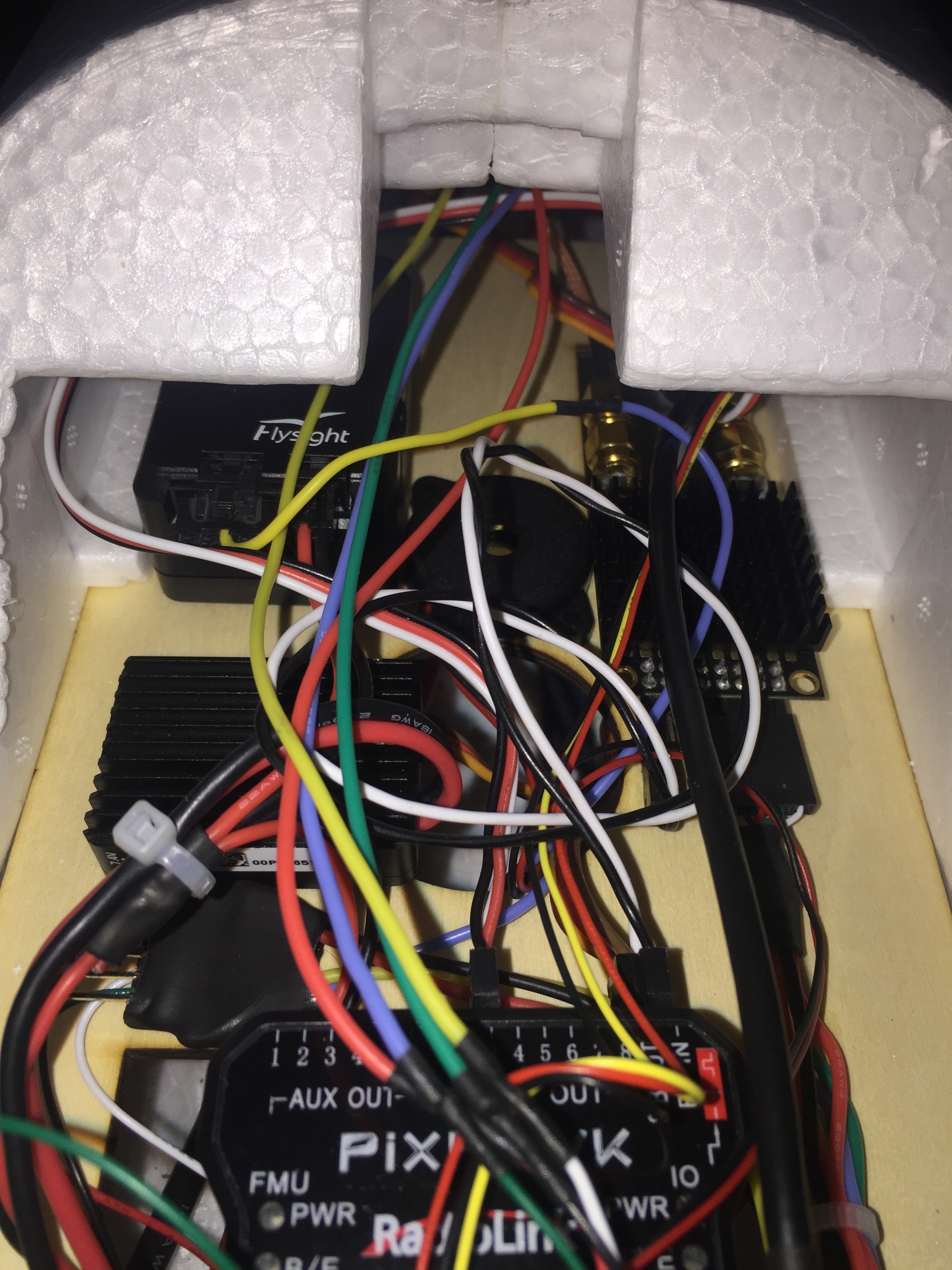 Showing Pixhawk, OSD (left), DJI BEC (left behind OSD), BlackMamba VTX (left behind DJI BEC), RFD900x (right to far back). The wiring is a mess while I get things tuned.