Recently a DIY Drones member, Raph, posted a blog documenting the building and flying of his Mako Flying Wing.

It just so happened that I was building the same RMRC flying wing and had planned to use a spare APM2.6 and a bunch of spare components that I had lying around from my EZ* builds.

The APM2.6 is mounted at the motor end of the plywood plate that runs almost the length of the fuse. Ahead of the APM I mounted the 3DR Power Module across the plywood strip and held it down with a medium size tie wrap.

I made a holder for the airspeed Pitot tube and mounted the Analog Airspeed Sensor in the bottom of the left wing right where the wing joins the fuse wing mount shoulder. I twisted the three wire cable going from the Analog Sensor to the A0 connector on the APM to avoid picking up RF radiation from the telemetry radio that is mounted in the wing right above the sensor cable fuse penetration point.

The CC Thunderbird ESC is mounted aft of the APM on the right side of the fuse interior.

I am using ArduPlane v3.3.0 and have programmed the APM for elevon operation using the ELEVO_OUTPUT and RC_1 and RC_2 parameters adjusted per the ArduPlane Wiki instructions.

So it looks like I am just about ready to maiden the Mako at my local AMA flying field here in Ft. Lauderdale, FL.

Pictures of the aircraft and flight controller below: View of the APM2.6 in the Fuse Body and the Spektrum AR6210 Receiver and PPM Encoder in the Fuse Cover 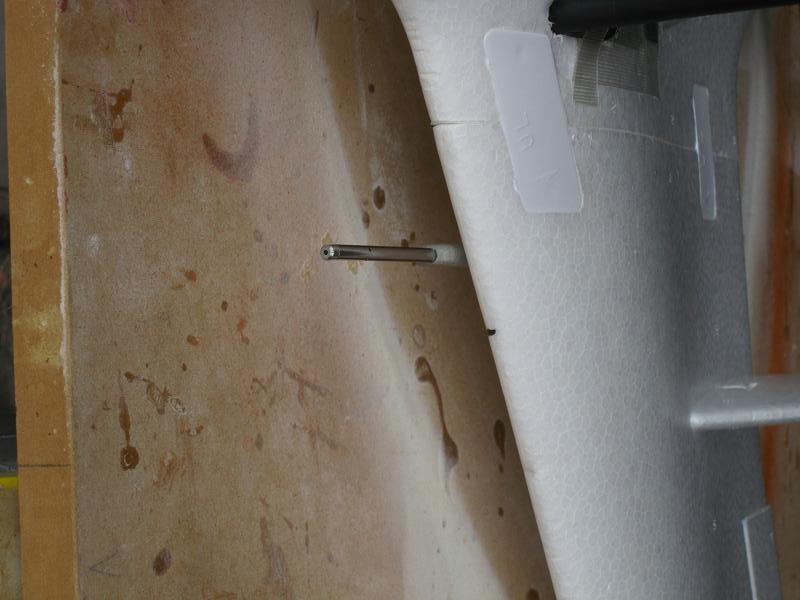 Top View of the Airspeed Sensor Pitot Tube and Mount