I wanted to share with you my first trials on tuning the APM on my airframe.

I'm quite new to the hobby, just started flying on January this year with a brand new ARF Bixler and an APM 2.5.

After learning how to fly in manual I started some trials with APM around March and had severe problems with brownouts(I was powering everything with the ESC's BEC) which led to a disastrous crash.

I managed to rebuild my airframe and started all over again, after moving the 5V power supply for the electronics to a dedicated SBEC.

Some pictures of it: 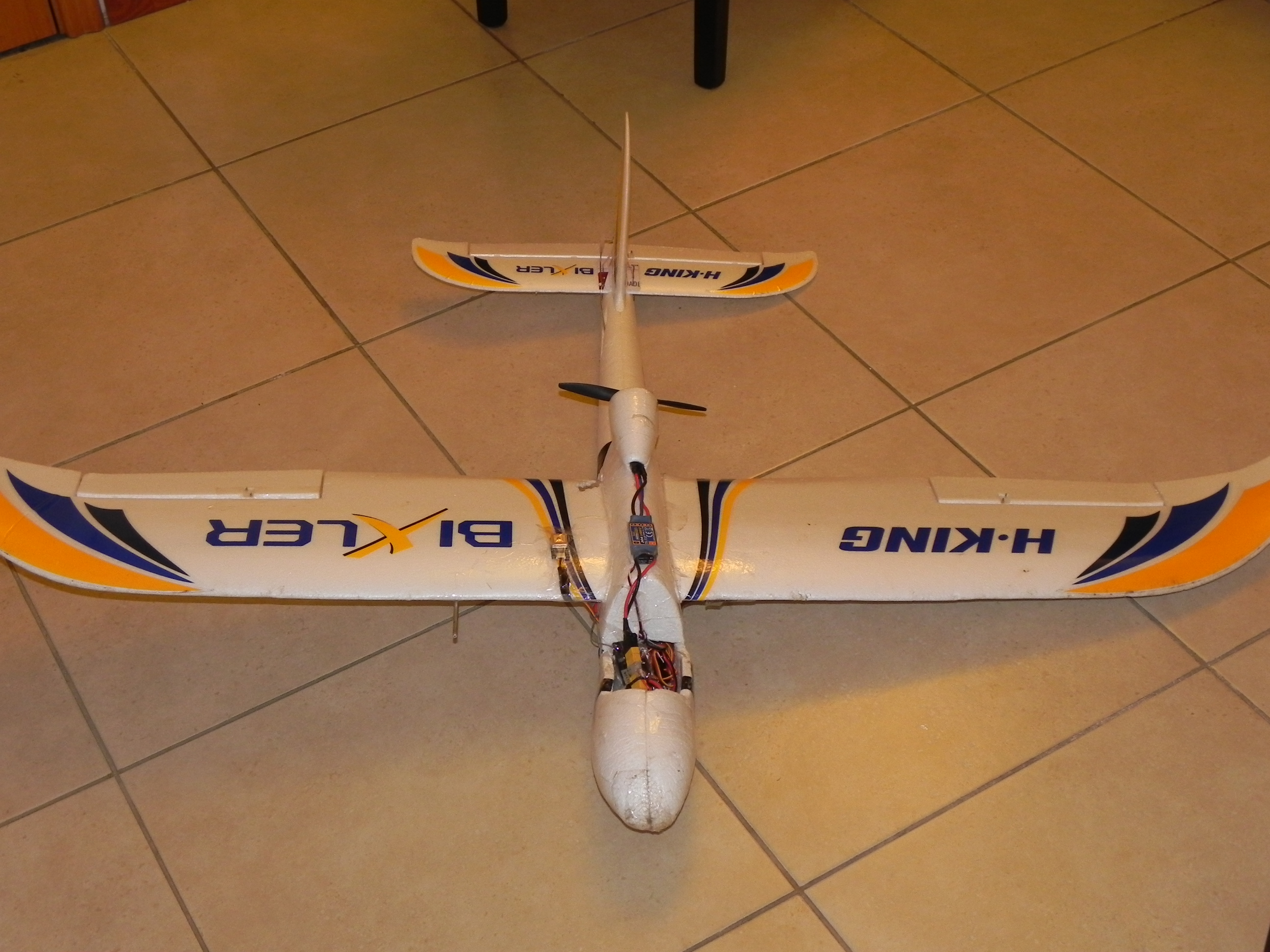 APM is buried inside the Bixler (never again sited on top, after it was ejected on a crash) along with RX and the SBEC.

So it's now my 3rd week flying the plane smoothly with APM in Stabilize and FBWA and decided to began playing around with some missions.

I've setup a simple mission loop with 4 waypoints around the field.

The weather wasn't the best (it's winter in Argentina), it was cloudy and there was some wind gusts coming from South.

I ran the mission a couple of times making little adjustments on the tuning parameters between the runs, after looking at the tuning signals, in summary I've modified:

Below you can find the paths described for the first and last runs, along with their corresponding telemetry logs.

I have a pretty nice result on the last flight but I could like your opinion and advice on how to improve it further.

Thanks to all of you for contributing to this awesome project. 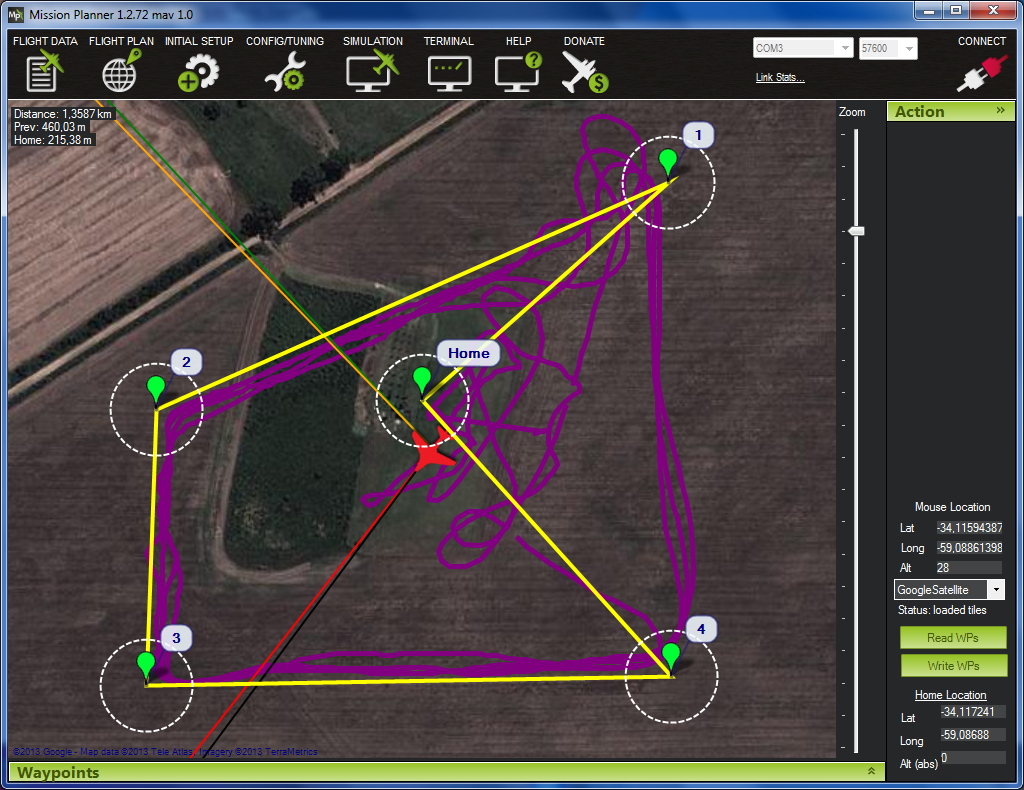 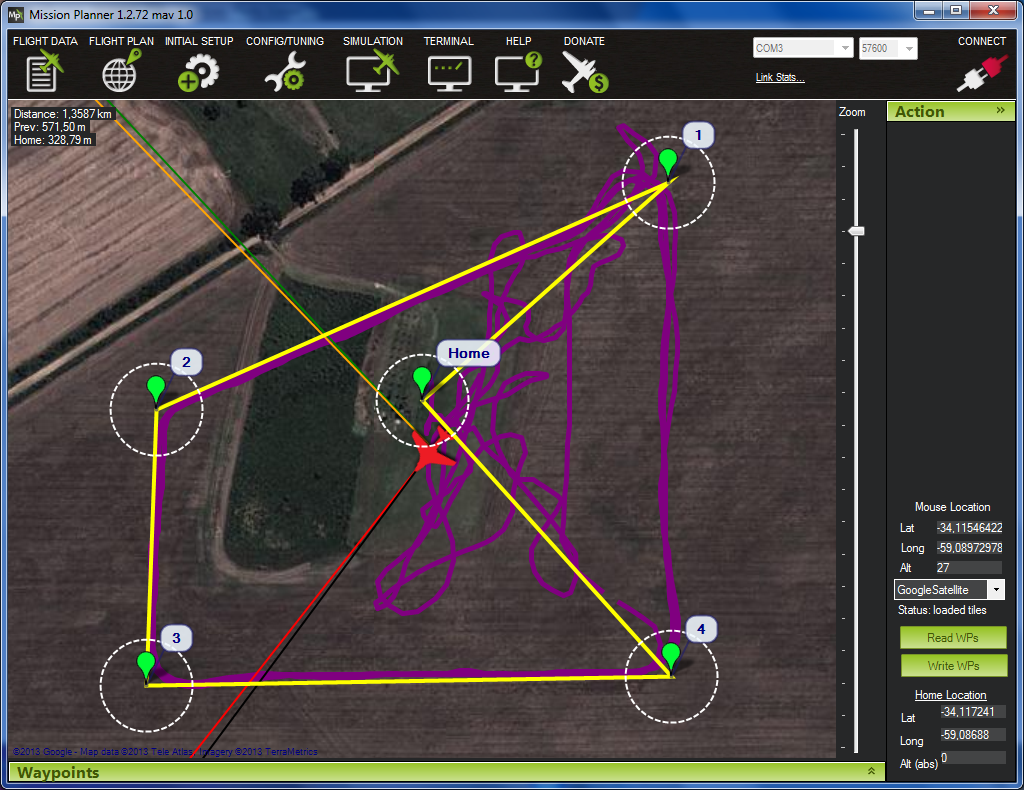