After an earlier post (12/OCT/2015) related to Pixhawk, I present you now the results of a first trial with ArduBoat. First, we constructed a simple platform and did some trials with RC in a swimming pool. 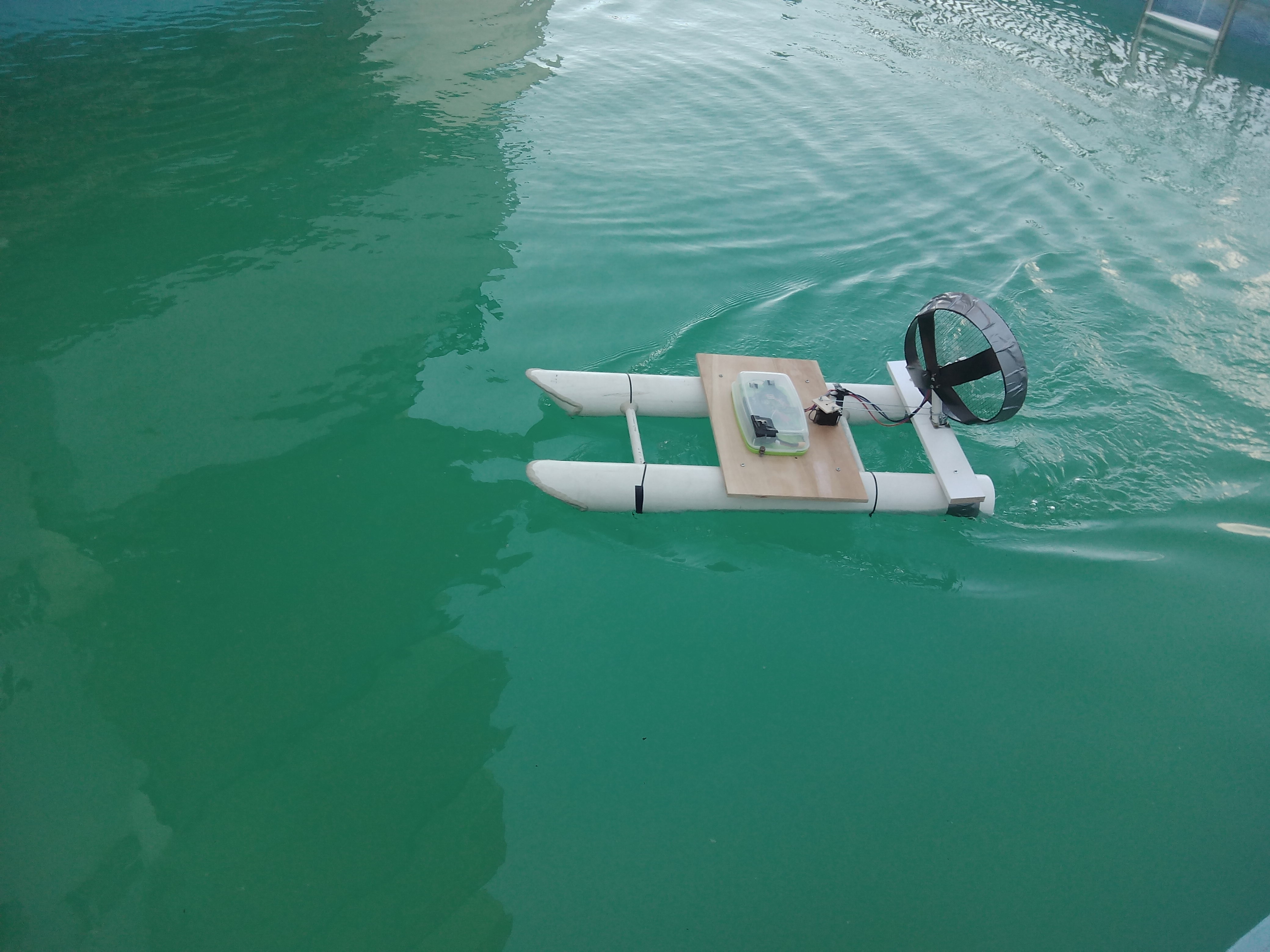 This week we did some tests in a lake near Asuncion, Paraguay. The catamaran performed well in Manual Mode (has good steering and has enough propulsion to move in windy conditions). 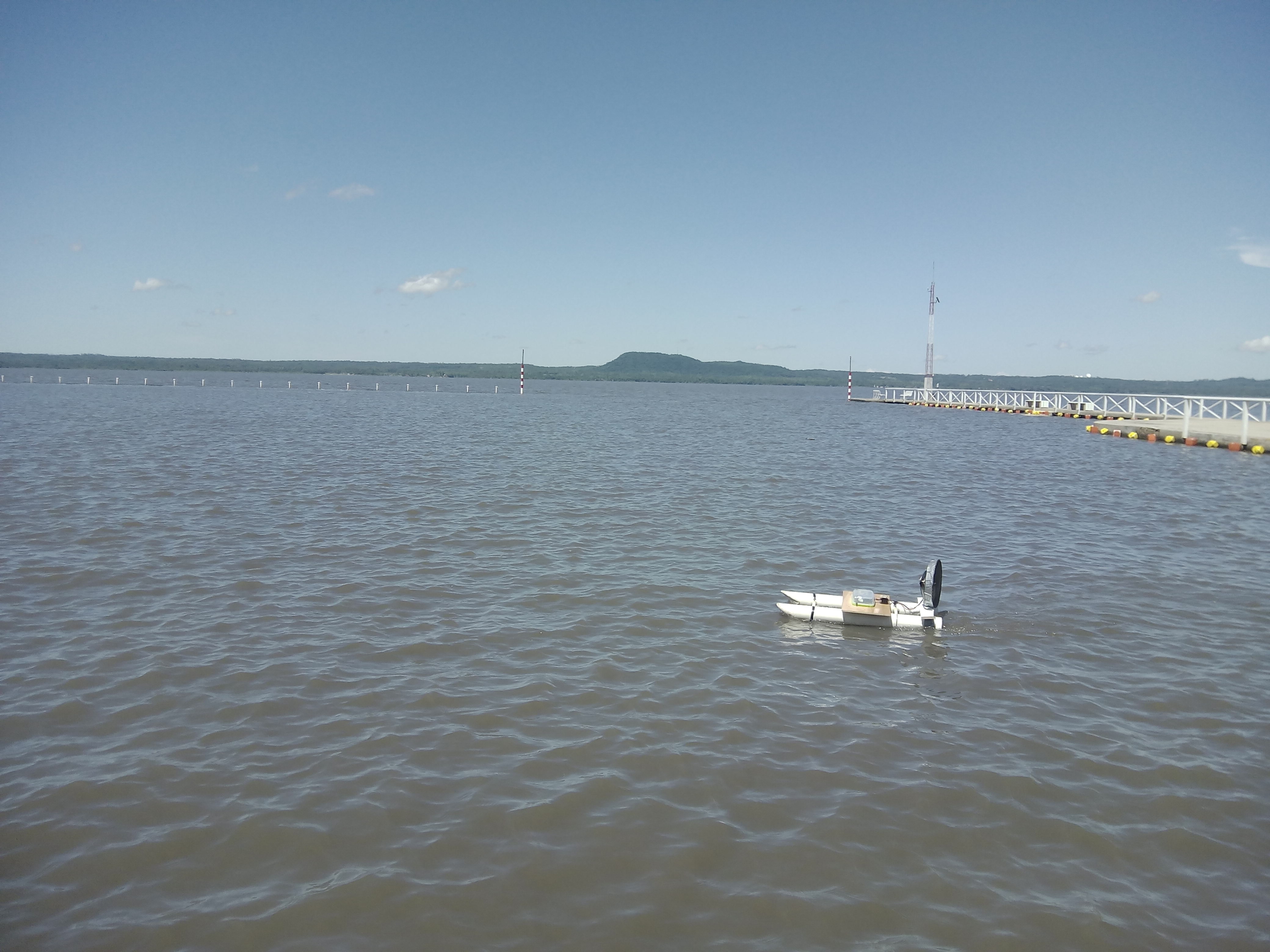 The problem is when we put it in Automatic Mode. It seems that the waypoints are not read by the Pixhawk and when in Auto Mode is directed to the same place (is likely to be directed to a waypoint other than the loaded, however, in the LOGS, we didn't find any Waypoint, and less the ones introduced by ourselves).

When reading out the logs, it seems that our planned waypoints were not taken into account by the Pixhawk. We would be very grateful if anyone of you could help us decipher why it behaves this way. For this reason I attached my Logs.

Here are some images from the Mission Planer with the Waypoints loaded and the Path that took the Boat. The Red Points were the Launching Points.

For the first trials we launched the platform from the A point and it didn't went to the waypoints, but, instead, went to B point. In a second attempt, we launched it from the B point and it went to the C point. So we decided to launch the platform from another location D to see to which direction it would navigate. In this launch, the platform went on a straight line to location E. Then we decided to do a second launch from the F point, initially directing the platform to different direction than E point, but surprisingly it turned itself in order to head again towards location E. It seemed to us like the platform was heading to an ´imaginary´ point somewhere far away!

Apparently the Pixhawk has only recorded the GPS points when he was Armed. Is that how it works? I should only load the Waypoints when he's Armed?

All recommendations will be very welcome.