First Previous of 87 Next
This reply was deleted. 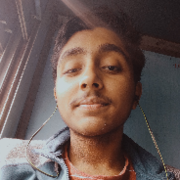 Hi,Im working on a autonomous drones and im using JETSON NANO and flight controller PIXHAWK .Im able to control my drone by giving rc commands on the MAVLINK terminal itself by connecting it with PIXHAWK but now i want a python code from which i can do some operations like:takeoff,left ,right,forward,backward…and i am not using GPS…Can anyone please help me…

Hello guys,I have a problem with one motor, do not spin and making a sound (videos in attachment), I changed the motor to another ESC and is work, so I checked the connections on ESC and all connections looking great. any ideas or something I can do, iam trying to build YMFC32 Brokking .thank youhttps://youtu.be/LagBqwGbixkhttps://youtu.be/PU20nCxApcs

Will AHRS_ORIENTATION=8 for Arducopter 3.2.1 on APM 2.5 using a traditional Heli

I have been Reading Chris Olsen posts and watching his videos on Arducopter with traditional Helis using a Pixhawk.I have inherited an older Trex 450 heli with the old Align 3G FBL hardware.  The FBL controller appears to be bad.  So I have an old APM 2.5 without a compass or GPS on board.  I just want to replace the failed Align 3G FBL system with the APM.Now I have to mount the APM under the skids on the heli so the APM will be upside down.I have Two questions.1)  Is the AHRS_ORIENTATION=8…

Hi all,I'm setting up my PX4-based quad with ST VL53L0X Lidar sensors (I currently have three) and I noticed that line #24 of the current Rangefinder library (here: https://github.com/ArduPilot/ardupilot/blob/master/libraries/AP_RangeFinder/RangeFinder.h#L24) has the maximum number of sensors set to 10 (ten). Am I understanding this correctly? And has anyone ever tried to setup this many rangefinders (or anything close) with any measure of success?Any input/advice will be greatly appreciated.