First off Im fairly new to R/C planes, but not to electronics or the Ardu-Family. So I started with a bixler, but as soon as she was done I ended up selling it (without it ever being flown) but I had it pretty tricked out, and it got my feet wet (btw I heard she flew great)

I had wanted a flying wing style for awhile, and this seemed to be the best thing out there.

I sprayed the outside with a very light coat of a protective material, although in hindsight I would have laminated instead. Originally I was going to use a 4000 mah battery for power since I have 2 brand new ones, but I also have 2 2200MAH that may work just as well with a Y connector.(Everything is 3S). I liked the idea the guy had about running 2 large batteries that he cut into the foam on either side of the cockpit....But For now 4000MAH is enough.(I also have a 1300 for FPV)

I have a camera for FPV that fits well into the slot in front with some slight modification.....But Now since I plan on using a canon with CHDK with a hole in the belly I decided that the batter should go as far forward as possible (For CG and other reasons) and put the camera in back. Today I picked up some 1/2 foam that Im going to use as a platform for the APM. Im guessing the back of the apm should go just in front of the spar is best? or should I move it forward?

I carved out a GPS sized square in the top of the canopy and used tiny screws to mount it so just the antenna goes up there, not the board. I did kinda the same thing with FPV and that antenna obviously goes all the way through the canopy.

As for weight I wasnt sure at first what to use, but I stopped by a tire shop and they have these new lead weights for balacing fancier wheels that stick to the inside. they come in a strip of 8I thing, and you can use just 1 or multiples. The adhesive  back is a huge bonus.

Anyways, If anyone has any input that might help me or any comments let me know. Ive included a pic of the inside of my canopy lid, and the weights (well 4 or 5 of them) They actually will kind of work around a curve  when you have a string of them.....since the adhesive stretches. Also one last thing.....Where are you putting you CG EXACTLY? 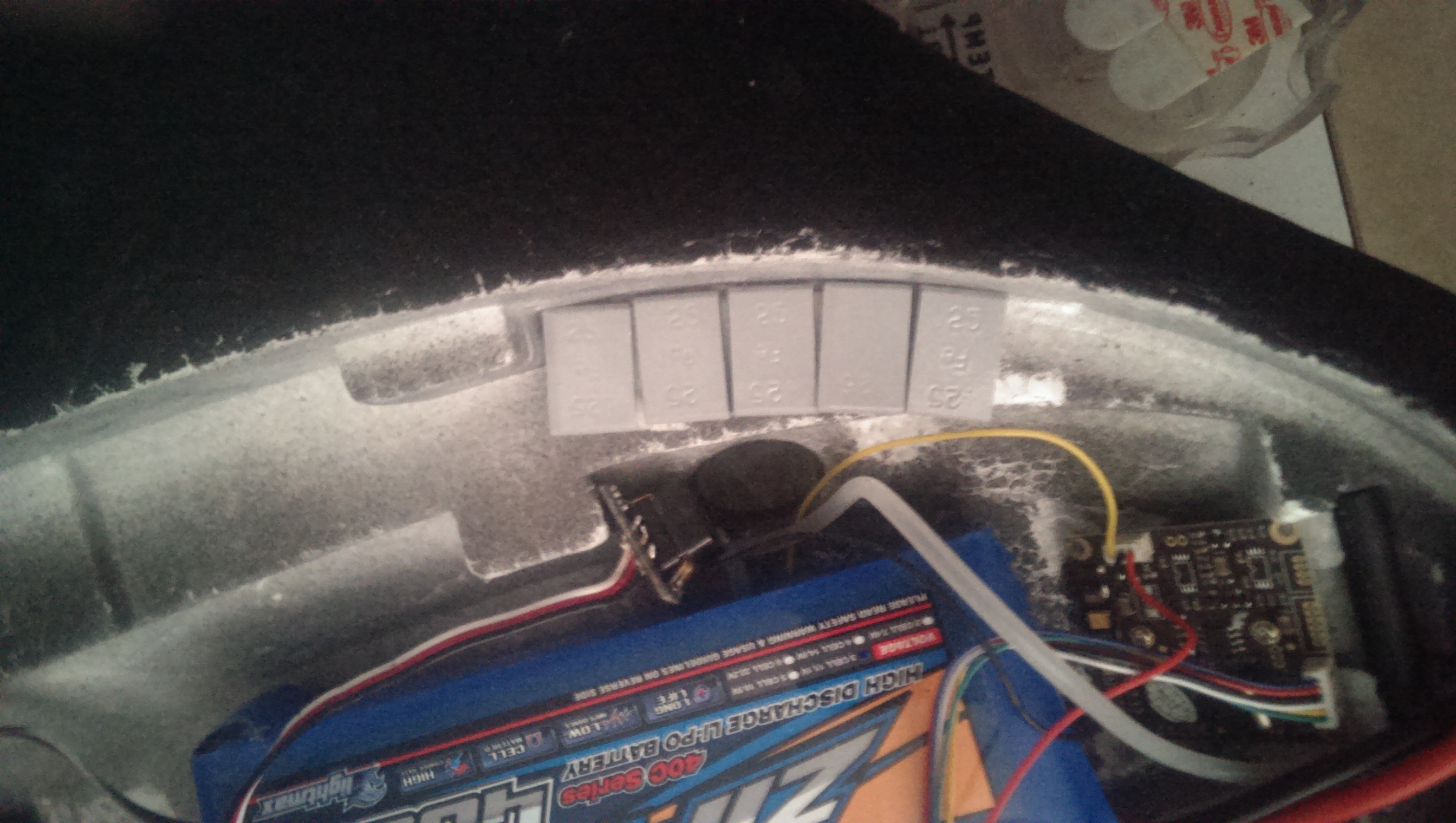