For DIYDrones.com users in Melbourne

Please, come in and introduce yourself and leave your location details on the Location discussion page.

First Previous of 47 Next
This reply was deleted.
E-mail me when people leave their comments –
Follow Hi all, just wondering if there's any flyers still in the Melbourne area. Looks like this group is dead?I'm out in Pakenham.Cheers,Steve 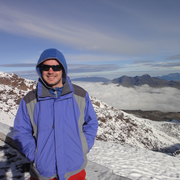 Hi guys,Just a heads up that I have just become a distributor for Aeronavics (ex Droidworx) gear and will be placing an initial order with them next week.For those that may not know, Droidworx create the heavy duty and professional gear that is very well engineered and highly functional.  So if you're looking to move from the kit copter look to something a little more professional, these would be the guys to check out.The quad frame which is compact and suitable for Point and Shoot, GoPro and… I have a good news from ZEROUAV that the company will release NEW octocopter model soon. and has a very good price for the current model of its Octocopter, 5D gimbal and electronic set. Only 50 sets will be sold with the promo price.please contact me if you want to upgrade to this professional gear. 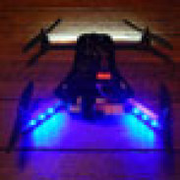 Hey Guy'sJust thought I'd let you know it's on again!!When: 22nd March 2014 Where: To be announced shortly. Time:  10AM onwards!  Almost 50 people turned up to the last one and this is looking way bigger! Come on down for the Free BBQ and Drinks supplied by Multirotor Gear. It's going to be Awesome....  RGG thread here...