The open source community has begun producing free lap timing solutions because many of the commercial options are quite expensive, but as always there's a will for open systems to at least be able to register iLap transponders as they whizz past the gate given many people have them.

We've analysed the infra-red protocol they use and documented it here so now all gates can be iLap compatible . 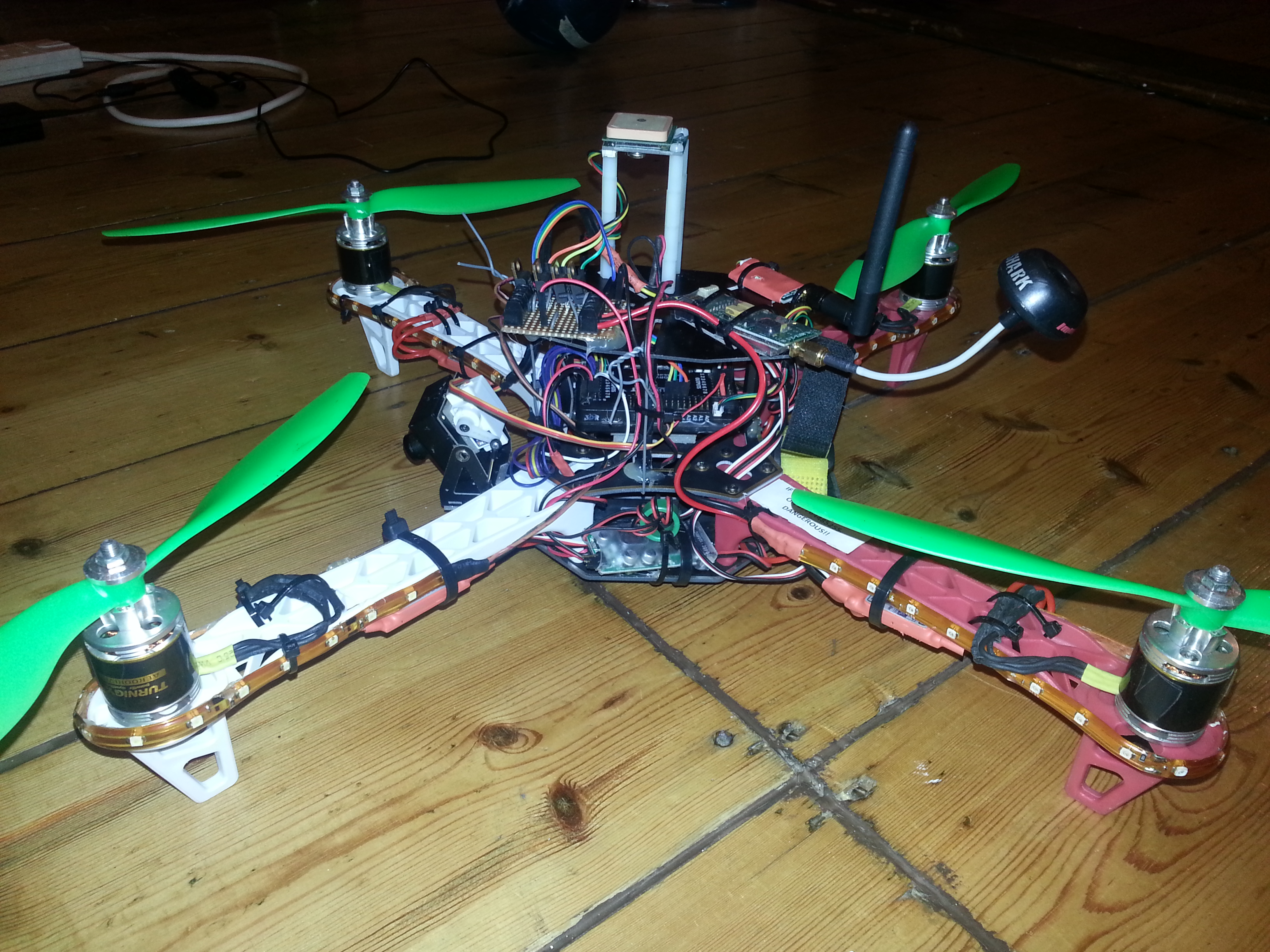 I thought I'd share the following video with you.  After spending several months trying to replicate the rock solid loiter videos, I've finally suceeded - and the only thing that I needed to do (other than vibration dampening) was to raise the GPS several inches above the top plate and keep the wires away from interference sources.  The HDOP has dropped from 1.9-5 to 1.3-1.6.

Additionally, I've add LED strips to the arms which are controlled by the ArduCopter board using some custom code. When armed it oscillates around like shown.  When disarmed, the arms flash when a GPS lock is absent, and are solid when there is a GPS lock.  Giving a clear indication when its safe to fly.

You can find the code for my leds.pde file at:

It's fairly easy to modify, the update_copter_leds() function gets called at regular intervals, you just have to decide what to do - in my case I check the armed status and GPS state. 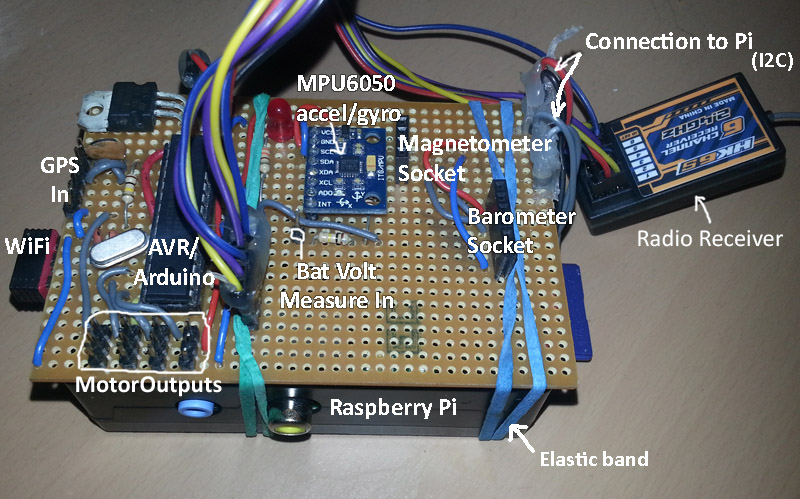 I have written a tutorial on how to program your own AutoPilot/Flight Controller from scratch using an arduino/ArduPilot/RaspberryPi.  The tutorial will walk you through everything from reading the RC radio and controlling the motors through to how the PIDs are stacked on top of each other to get stable flight. Information on how to do this is quite hard to find on the Internet, so I hope this article will make the world of flight controllers more accessible and encourage more people to contribute to ArduCopter.

You can find the full article here:

and a video of the code from the article in action (you can download the code and try it on your APM - it'll behave like a KK board):