A photo taken on our club during Scrapheap 2012 an event organized for the 3th time @ M.V.C. Nederweert.

All the models should be build out of crashed model airplanes and waste materials, the only equipment you could take from home is your transmitter set and the motor('s). We even used some old framework from our clubhouse (which you see in the back).

This was actually the first time a team used electric motors during this contest. we didn't win but all our other club members looked a bit jealous.

The problem was that the quad was to big, after the first "flight" we cut the boom's in half and that was much better. 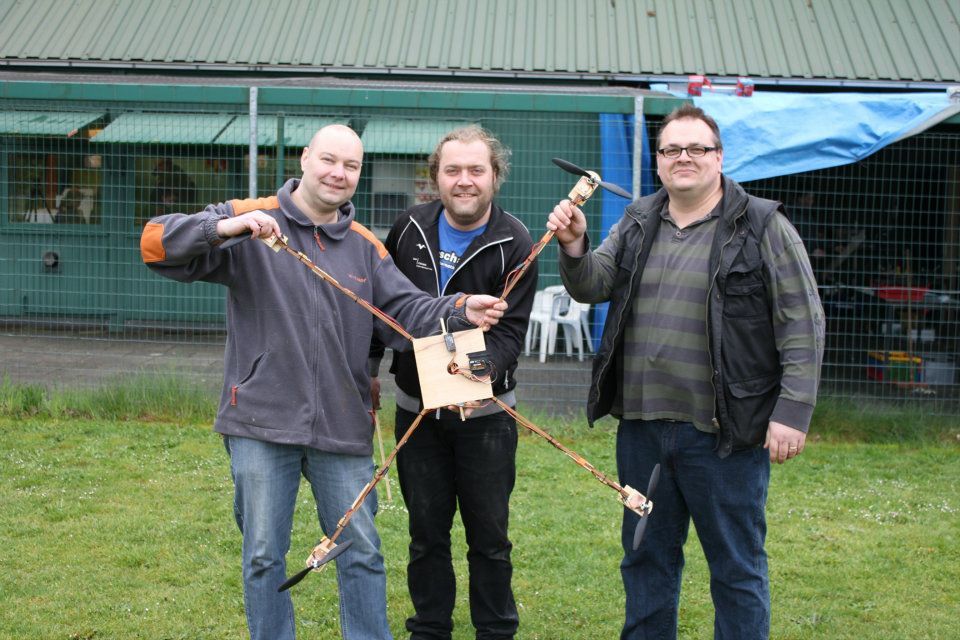