Of all the elements they must battle in a wildfire, firefighters face a new foe: drones operated by enthusiasts who presumably take close-up video of the disaster.

Five such "unmanned aircraft systems" prevented California firefighters from dispatching helicopters with water buckets for up to 20 minutes over a wildfire that roared Friday onto a Los Angeles area freeway that leads to Las Vegas.

The North Fire torched 20 vehicles on Interstate 15 and incited panic among motorists who fled on foot on the freeway Friday. The wildfire continued to burn uncontrollably Saturday, scorching 3,500 acres with only 5% containment in San Bernardino County.

Drones hovering over wildfires is a new trend in California, and on Saturday, fire officials condemned the operators of "hobby drones," as officials labeled them. It was unclear Saturday whether authorities would launch an investigation into the five drones.

"Fortunately, there were no injuries or fatalities to report, but the 15 to 20 minutes that those helicopters were grounded meant that 15 to 20 minutes were lost that could have led to another water drop cycle, and that would have created a much safer environment and we would not have seen as many citizens running for their lives," said spokesman Eric Sherwin of the San Bernardino County Fire Department.

I think that the graphic says it all.

These careless drone operators are furthering the creation of a bad image of "hobby drones" in the public's mind which will no doubt lead to tougher state and local sUAS rules and regulations.

Moderator Comment by MarioSpeedwagon on July 18, 2015 at 8:16pm
Professional drones are already being used on wildfires. Drones are not the problem, dummy-proof drones and their associated dummies are the problem.

It is an interesting situation and clearly the people who actively interfered with a true emergency situation should be held criminally and civily responsible.

But just like guns, it isn't the drones fault anymore than it's the guns fault it is the fault of the people who behave irresponsibly in their use of it.

But I am also bothered by the response of the fire fighters.

The "drones" represent virtually no hazard to them and their down draft will blast them straight into the ground.

For the most part I am not sure but that their response is more irresponsible than the drone users.

They have chosen to make a grand standing response to let people know how evil these drone things are and in the process, it is arguably them who have chosen to put their operation at risk more so than the drones themselves.

I know this will be an unpopular viewpoint, but I honestly believe that to some degree they are blowing this situation out of proportion to further their own anti drone agenda.

other hazards are taken into account in a measured manner and the responses are calculated to minimize the problems.

That does not appear to be the case here.

Make no mistake, the people seeking good "news coverage" with a quad copter while actually interfering with emergency operations should have the book thrown at them.

But at the same time, it is also irresponsible of the emergency responders to respond by withholding services which they would not do under other roughly equal circumstances.

Which they are (I believe) doing to make a point rather than out of necessity.

Just wanted to point out that we may really have 2 problems here rather than 1.

I disagree with the part about drones posing no risk to the firefighters. (I just deleted a loooong rant, so I'll try to summarize). Without having enough test cases of UAS vs Manned Aircraft incidents, the decision to ground manned aircraft is not a publicity stunt or some sort of tantrum, it is an "excessive" regard for safety. I wholeheartedly agree with that approach, and most firefighters today are trained that way.

Secondly, I have very little fear of being injured by a sUAS when I'm wearing full turnouts and a helmet, but the potential for disruption and a resulting injury is one of the issues. I could give quite a few "what if" examples, including patient privacy situations, but my personal opinion is that all of our interests are better served by embracing and encouraging safe behavior and condemning the few operators that refuse to do so. The industry's foundation is still a little too fresh and wet to be trying to stand on it and take on firefighters. Don't argue the validity of their safety concerns, but put yourself out there as a member of the majority of operators that do so in a safe manner.

Just some random thoughts from a person on both sides of the fight.

By the way, one of my goals/hopes to increase the firefighting community's perception of drones was to contract on wildfires to patrol the perimeter of the restricted airspace, looking for hobbyists.

There is a company nearby that has been operating overseas since 2007, and the owner has been helping me out with advice here and there since I started this project. I talked to him about that idea a month or two ago, and he's working on being able to do something in that capacity within US airspace.

There is going to come a time in the near future where the firefighting aircraft aren't grounded when they see a drone, they're just going to force it to land....probably in tree.

"The "drones" represent virtually no hazard to them and their down draft will blast them straight into the ground."

So what happens if the drone is above them? Honestly, anyone who thinks a drone isn't a hazard to a helicopter or small plane really shouldn't be flying them.

I certainly would'nt want even a syma bumping into my tail rotor when I'm flying. Its not the main rotors that are the issue. You can mitigate against this risk by not permitting RPAS in emergency areas.

This problem is a little like all the folks that don't get out of the way when an ambulance is rushing down the main road. All very well until you need the emergency folks to be coming to the aid of your family or folks.

The emergency services have a difficult enough job, long hours and I should think not enough pay for the risks they take. Especially when viewed against say professional sportsmen.

Its simple emergency going on, stay out of the air.

You really don't have any rights to interfere with anyone elses rescue.

Moderator Comment by MarioSpeedwagon on July 19, 2015 at 12:15am
We use the Opticom IR on our vehicles, which is what affects traffic lights when going code3. Would there be an easy way to tap into that capability that most emergency service vehicles already have, and use it to "repel" hobbyist uas?

If they flight we can't 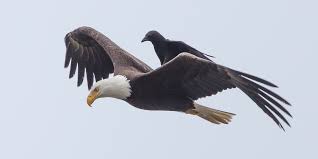