Given the popularity of the 230/250 quads at the moment (blackout etc), I thought - wouldn't it be cool to have a rig that can do the ground skimming proximity stuff, but also with the normal "mod cons" of the APM?

Traditionally though, an APM would never fit. Until HK released the mini...so I built one.

I started with the Haldey-Bocks 230 frame, in Carbon Fibre. This was a mistake. I should have gone for the 250, because the fitting of the ESC's was a bitch of a job, especially with the thick 3DR power module hanging off it. And naturally, I forgot to solder in the XT for the video feed, so had to start again...

Anyway, this is the bare airframe: First, I fitted the camera, so I could make sure the clearances were good. I mounted it directly to the front CF plate to make sure I had as much room as possible behind it.

Second, I mounted the GPS antenna pole. This required a lot of trial and error, but eventually I found a position which worked.

Third, I fitted the APM mini in front of the post, and behind the camera. There is *just* enough room to do this. It is currently mounted with double 3M pads - I will review vibe damping after the first flight. Supposedly the blue balls do the "clean/dirty" thing, but is it enough to keep the APM within Z axis tolerances? Time will tell. These rcx are not the smoothest I have to say, and a propless spin up was really vibey.

I wired in the GPS, and the radio.

Then I mounted the 3DR telemetry radio to the roof. It is likely I will replace this with a minimOSD, and run a really simple OSD - volts, ground speed and home distance.

I then cable-tied the xt60 back on on itself on the PM - it was interfering with the props.

CoG is spot on, even though I thought it would be rearward.

Weight with tx will be 505 grams as you see it here. I have a wiring exercise to do (shorten and tidy), and to enclose the APM with some foam (for the Baro), and I hope that brings it down below the target 500 grams. And that's it! It all fits together nicely. All the normal calibrations done - just compassmot to do (want to wait until I've got the camera and tx wired in first). Going for a really small 200mW 32ch 5.8. Will fit perfectly. 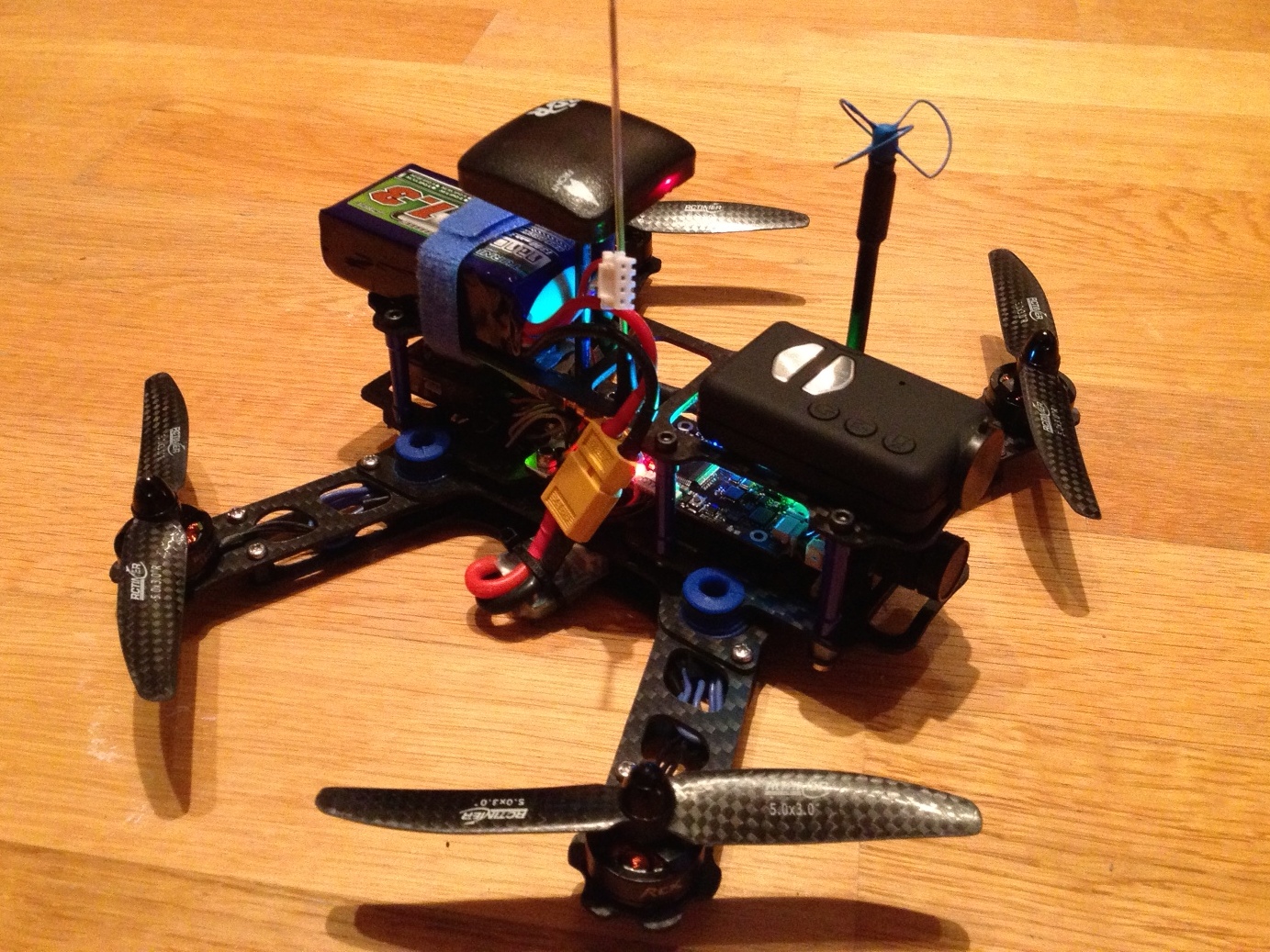 I didn't have time to get the thing in the air, but should able to get it in the air at the weekend. Can't wait to use DRIFT on this...:-)