In order to keep you guys updated on the project's development, I'm happy to present our first flight report! 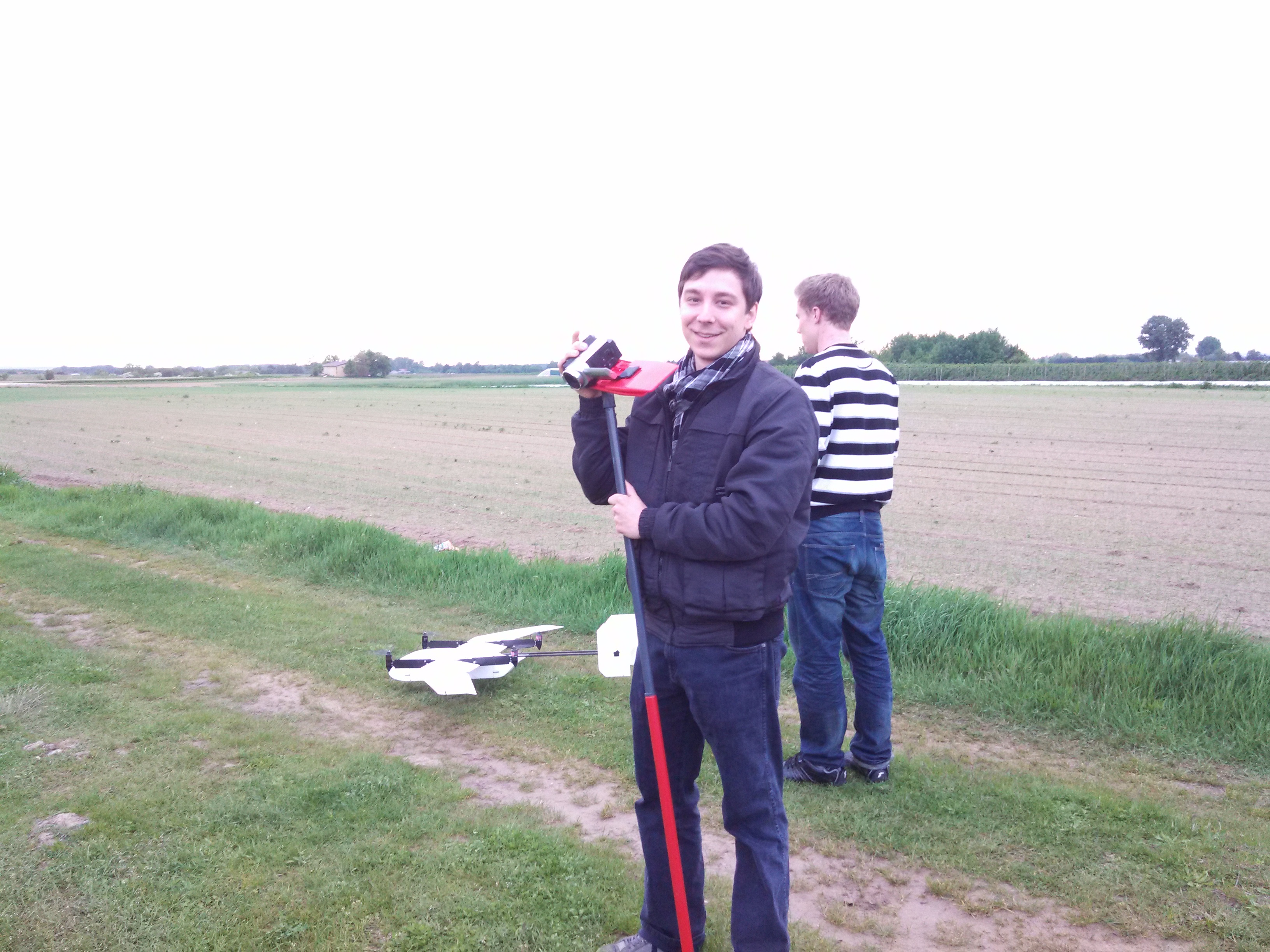 The weather conditions were decent: not all that much wind, clear sight and no random short-lived rainfalls.

As we weren't exactly convinced of last video's quality (shaky camera syndrome anyone?), we decided that this had to change. Voilà, enter the floor mop. Although rather unconventional, it makes for a surprisingly useful tripod!

The flight itself was as we had hoped: the wingcopter responded well, the handling was easy.

During the first section the tilt-angle was set at 90 degrees. In the second one we flew with a 45 degree angle. Both configurations performed as expected and without any problems.

Some of you might have noticed a difference in the tilt-angles between the two arms in the latter stages. The reason was one of the nuts deciding to bail, resulting in one of the arms not being fully fixed anymore. We only noticed after the flight though, apparently someone up there seems to like the project as well xD 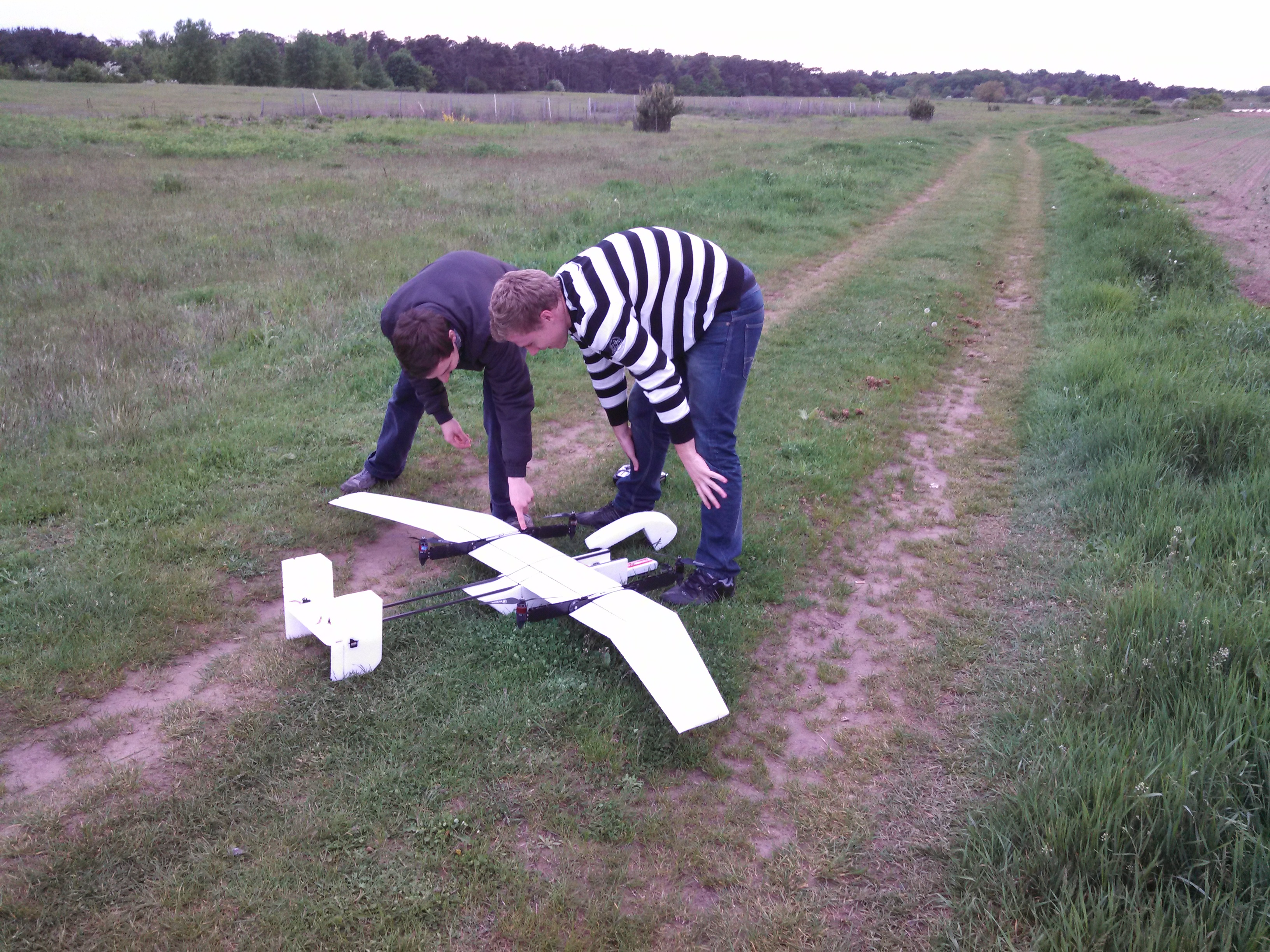 Slight disbelief, that was a close one! Memo to selfs: Better fix them with some glue.

In order to provide a close-up look at the tilting mechanism in action, we made another video.

We hope your enjoyed our little report, we are planning to do them regularly from now on. Feel free to tell us if you liked this one and if you have any suggestions regarding improvements.