I just got the Walkera QR Ladybird nanoquad and it's just frankly amazing. For $140, you get the quad, a 7 Channel 2.4 digital Devo 7 RC set with graphic backlit LCD display, a 240MaH LiPo and a LipPo charger. It can fly inside and out and has much better range than a Parrot AR.Drone (thanks to the proper RC gear). The RC gear alone is worth nearly that price (you can buy additional receivers for it here)!

Walkera says that it includes RC telemetry for battery and flight controller status:

We had a great time flying it around the living room. It's very stable, but as you would expect from a quad, very maneuverable. The transmitter starts up in regular mode (not dual rate or exponential, both of which are options), so it requires a very light touch on the sticks. A couple clicks of the trim and it will stay in one place. Because it moves fast and is so small, it's pretty easy to lose control in a small space, but the airframe seems quite robust. We crashed it lots of times, and just had to superglue on one of the motor holders after it cracked. Good as new! Here are some shots of the incredible integration on the single flight controller board. It says it has a "six-axis gyro", but I think that must be a mis-translation from Chinese. It's probably a three-axis gyro and a three-axis accelerometer. Alternatively, it could just have a three-axis gyro, like the simple KK boards (in which case I don't know that the other three axes are supposed to be)

Top of the board, showing the flight computer and RC receiver 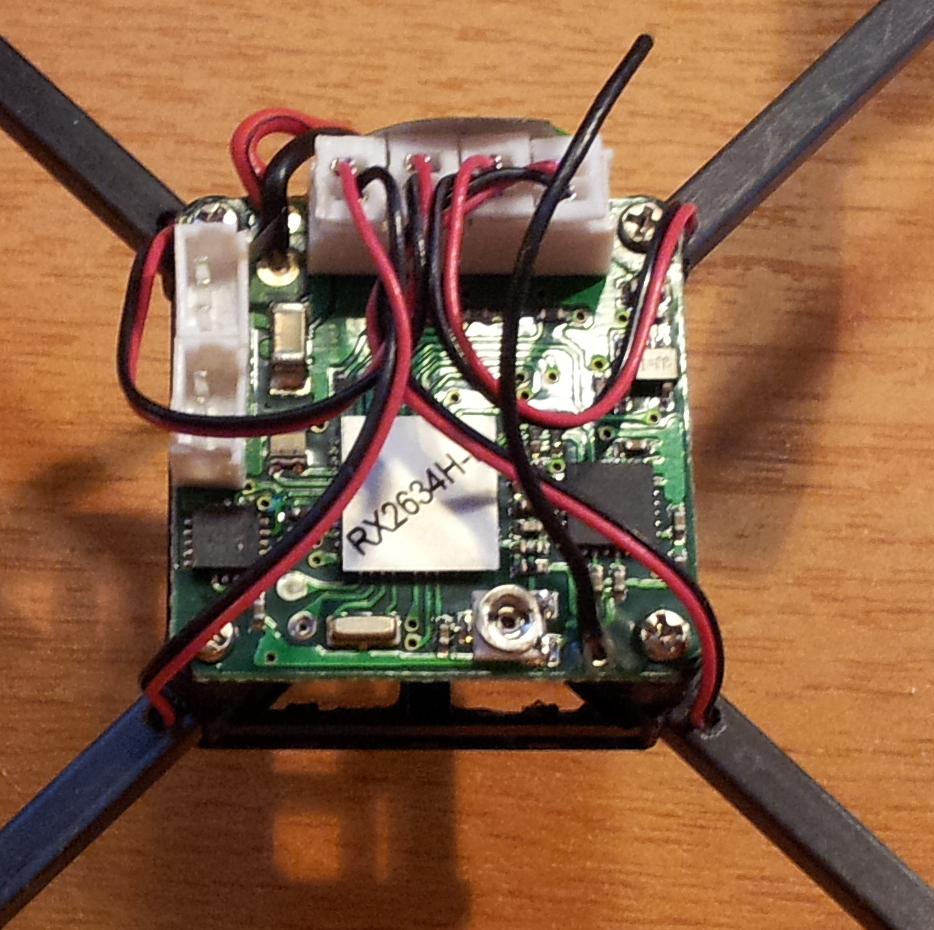 Bottom of the board, showing the motor controller microprocessors and four speed controller circuits. Here's how the LiPo fits on the bottom: A sense of the RC transmitter display 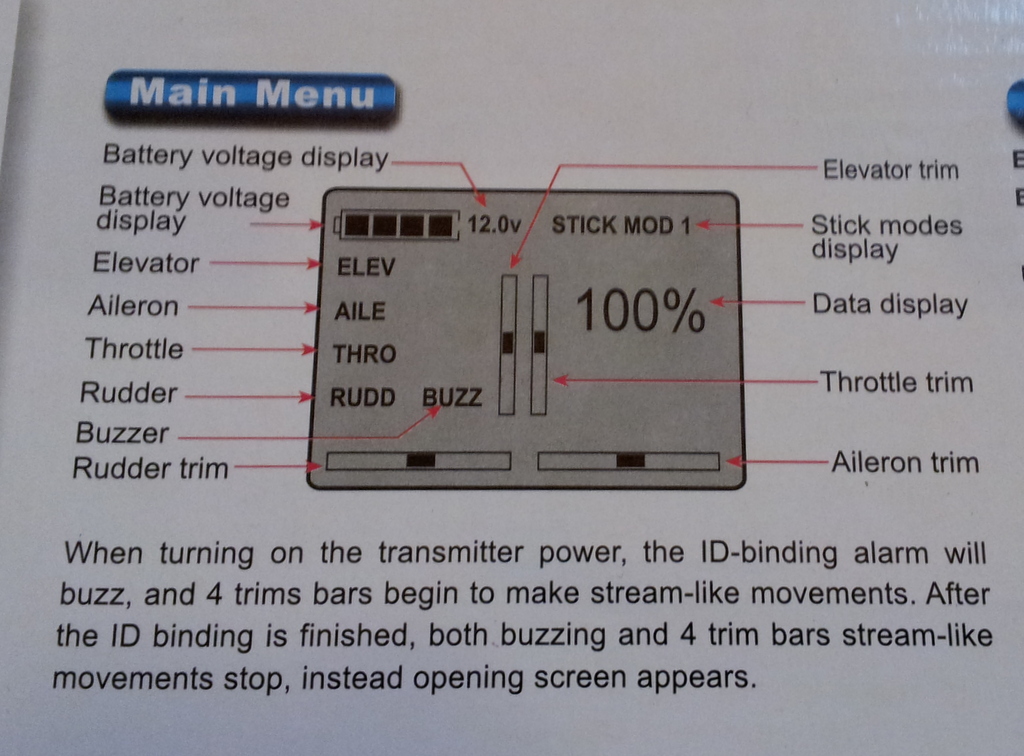 And a video in flight: