I've been a long time lurker on this website, checking it almost daily. The last couple of months i was working on my bachelors project which consisted of designing from scratch an autopilot for a RC glider. During that time, this website proved to be invaluable and i would like to share my work hoping that, in return, it could help someone else.

The project was separated in two parts: a semester project which then continued as a bachelors project.

During the semester project, all the hardware was deigned, as well as the low level embedded programming.

During the bachelors project, an initial model of the aircraft was created in Simulink using XFLR5 and AVL. Then using experimental data logs, I was able to determine simple transfer functions which were used to compute the different PID gains.

In parallel, I programmed a ground control station (Mission Control) which was greatly inspired from happykillmore's GSC (as you can probably notice). 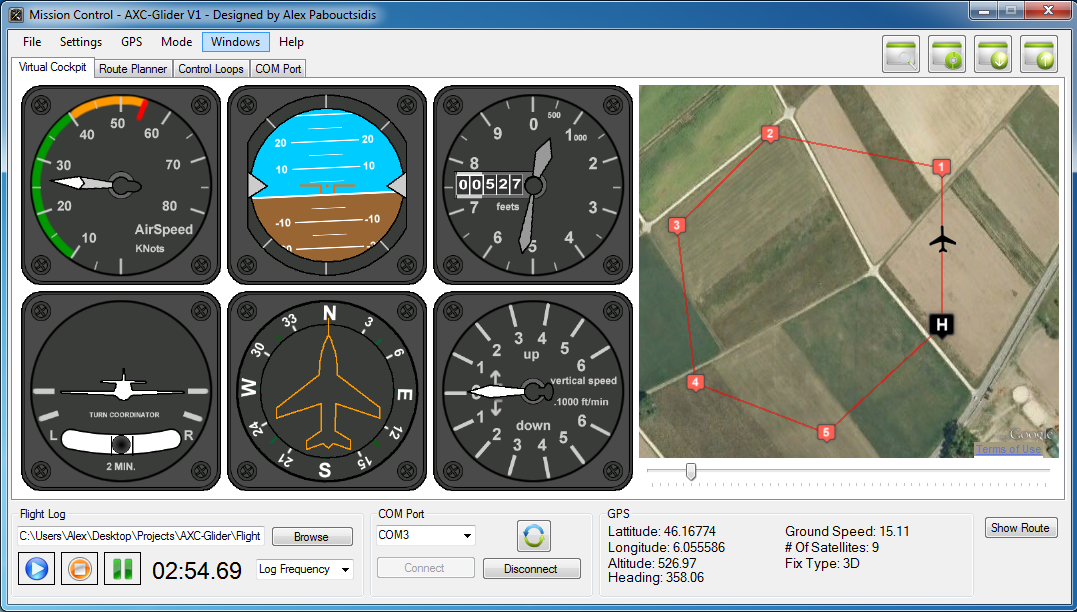 The aircraft i used for the project was the AXN Floater from hobbyking. Here's a picture of the aircraft with the autopilot mounted: 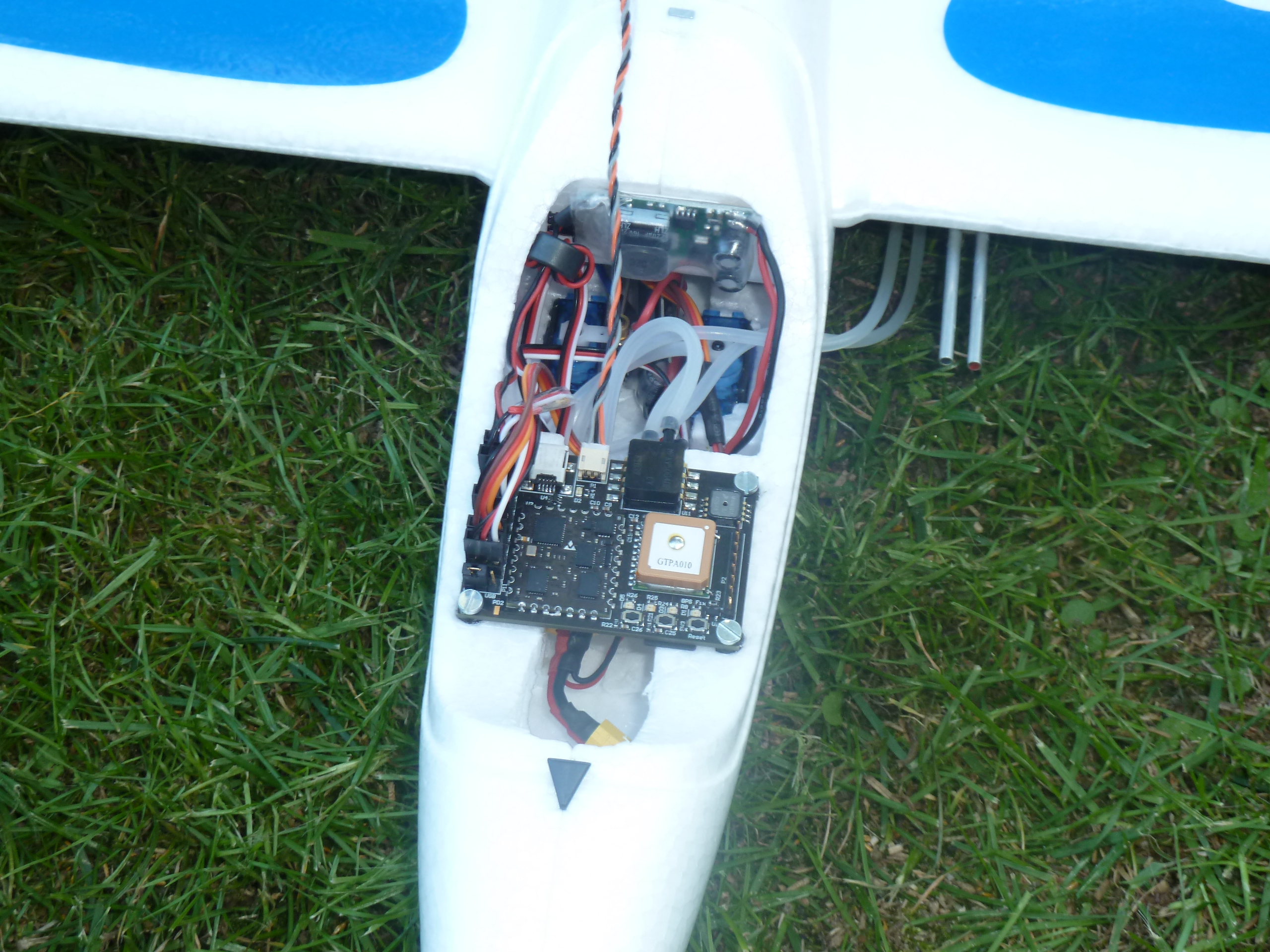 For the final test flight, a small circuit was entered using the mission control application. The aircraft managed to complete two circuits before the battery ran out (it was the 8th test using the same battery). The two plots show the track the aircraft flew, and the pitch and roll closed loop angles: For more details, you can download both reports here:

If you guys have any questions / comments, or want more details feel free to ask :).