Note: The image formatting is a little difficult and the number of images per post appears to be limited on DIYdrones, so I mirrored this whole post to my website where it looks a little nicer and the rest of the images can be found.

Two weeks ago I attended AUVSI to learn how the unmanned defense industry is pivoting into the commercial space and where 3DR fits into that ecosystem; give a talk on our community (including DIYDrones!); and sit on a panel moderated by Drone Analyst on drone startups. However, the time available for my mission was cut seriously short by the overwhelming and unexpected interested in Solo displayed by an enormous range of show participants. Everyone from old school, black suit-wearing Lockheed engineers to awesome startups building accessories for drones flocked to our “unmanned” Solo kiosk to ask about Solo. However, I still had a quick two hours on the last day of the show to scope out some of the exhibitors.

Toward one end of the exhibition hall there was a horde of Chinese and Korean multirotor manufacturers who all  mysteriously claimed to have engineered their own autopilots from the ground up. Hmmmmm… That 3DR ublox GPS module is pretty distinctive, even if the logo is wiped off with acetone… AirRobot showed off a massive hexrotor that takes a 750 Wh battery! To give a sense of perspective, this is nearly five times the limit that can be taken on a plane. Every time the vehicle is shipped the battery must be packaged in a special flameproof case and carried by special courier. 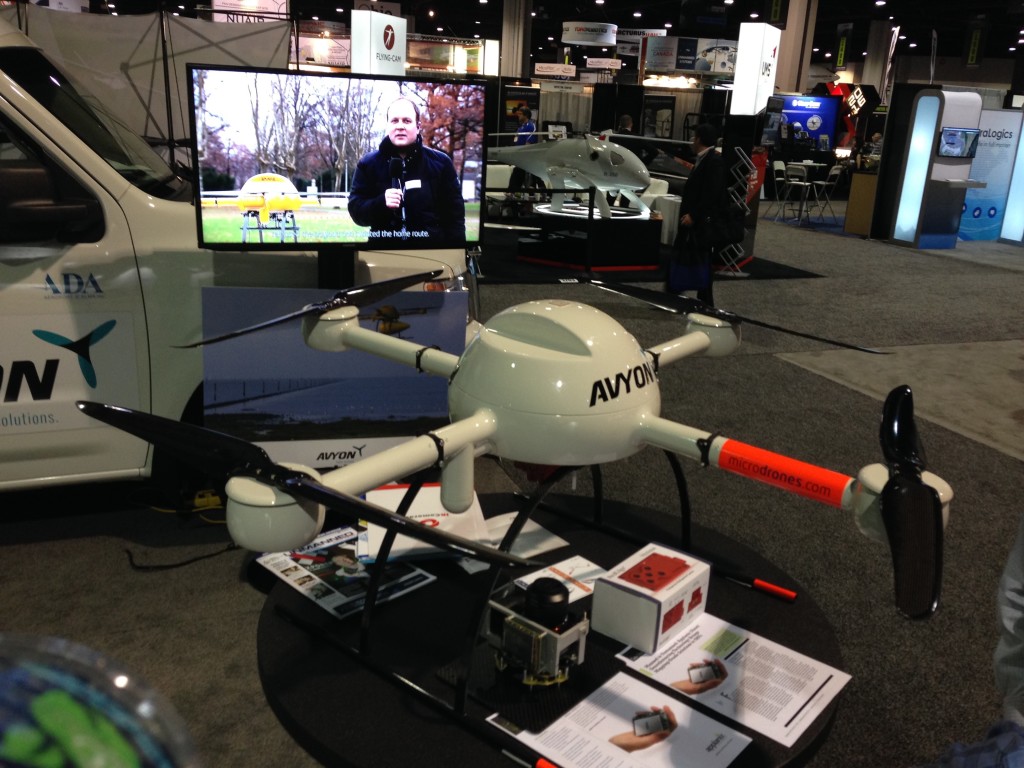 MicroDrones spun out a new US-based manufacturer called Avyon. Their business relationship is not totally clear, but they appear to be making the exact same high quality vehicles stateside, but rebranding them for the American audience. 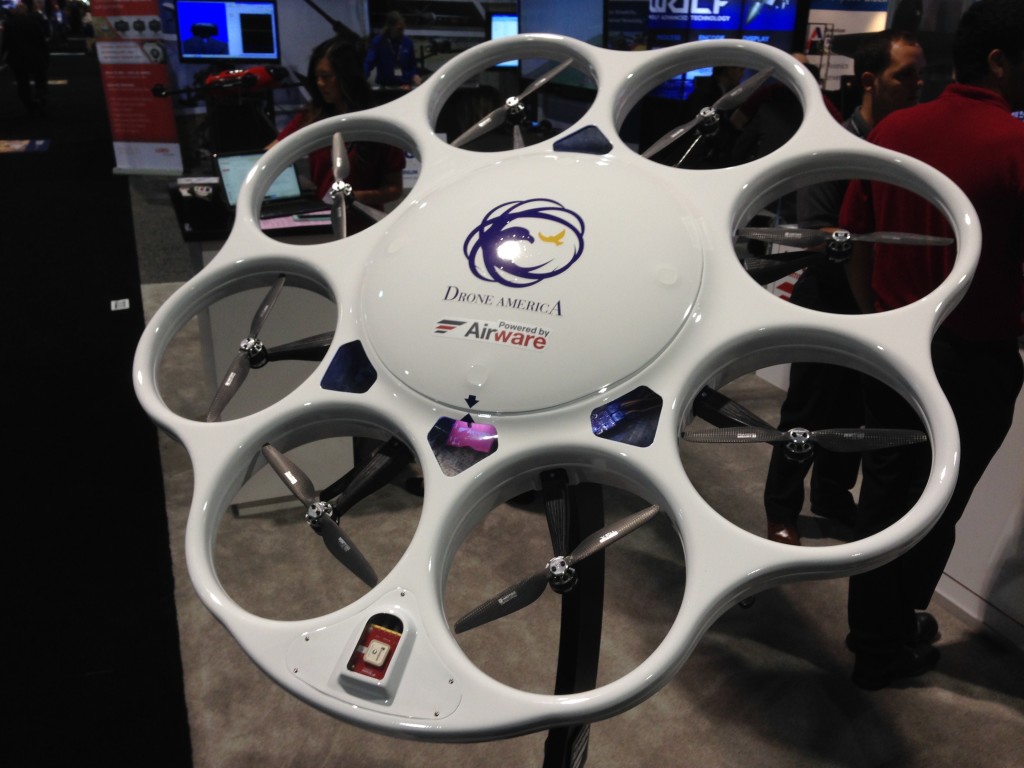 Drone America showed off an interesting octo at the AirWare booth. These designs nicely shroud the blades, but it can’t be an efficient way to maximize disk loading and I can’t imagine trying to travel with this. This shotgun-wielding heptarotor appeared in a number booths. No one could answer any questions about it, but it appears to be some boat/multirotor hybrid with a couple of 20 gauge shotguns underneath. 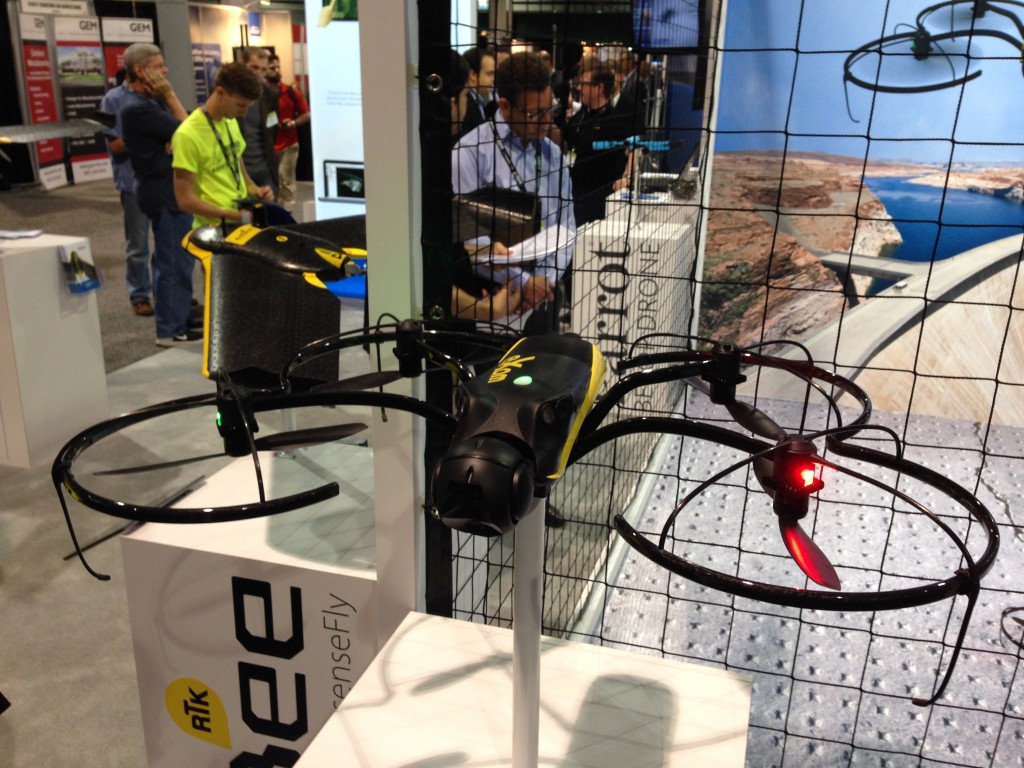 This SenseFly eXom is truly an impressive piece of engineering. It carries a thermal/optical gimbalized camera for inspections, several simple fixed cameras for sense-and-avoid, and several sonar units for the same purpose. I never saw a flight demo, but the GCS looked impressive, if not a little overwhelming. This huge Sikorsky UH-60 Black Hawk helicopter probably stole the show. I wonder if she flies PixHawk? As we were packing up, I was disappointed to see her getting loading onto a truck. I was hoping she flew in.